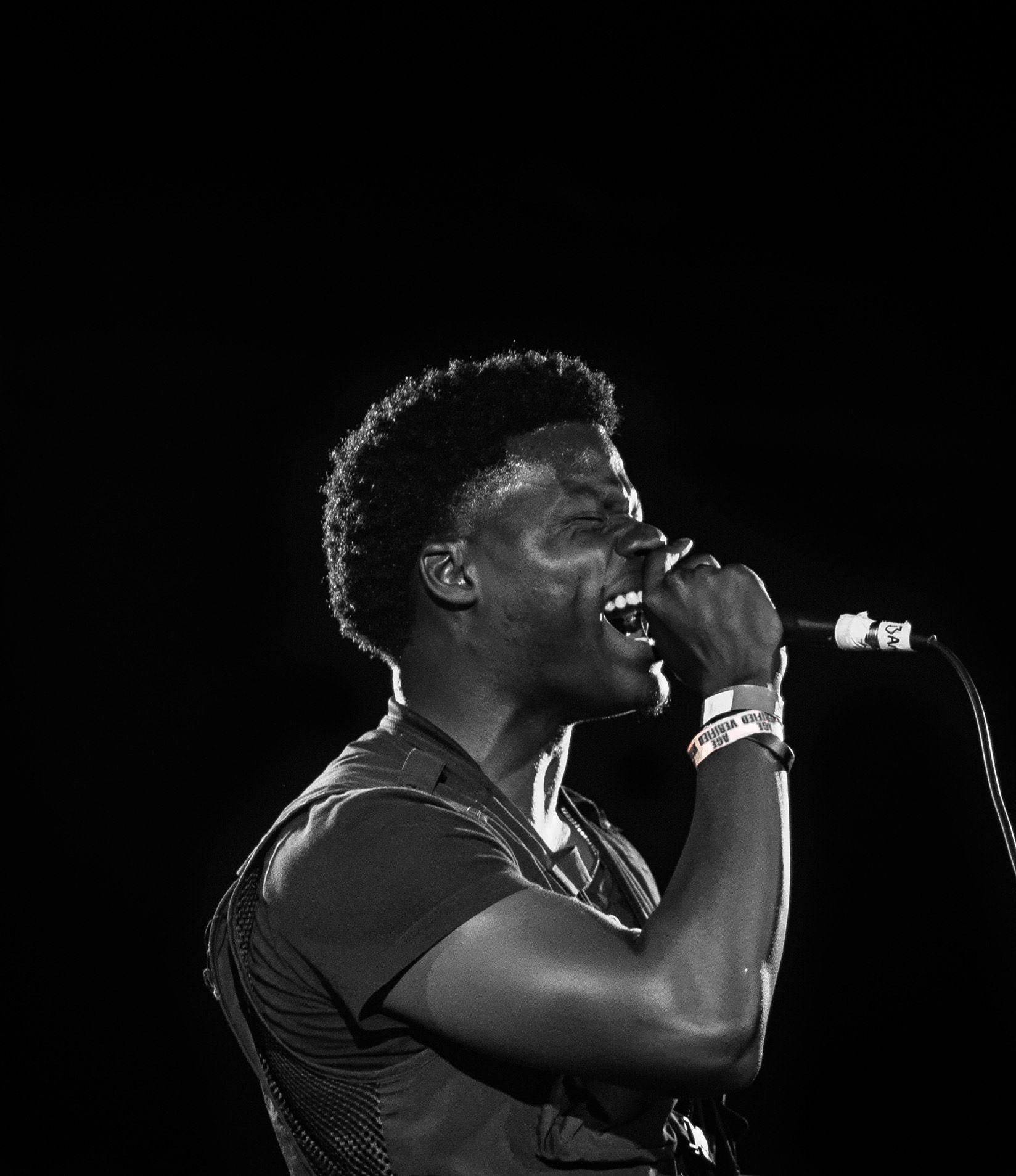 A new contender has entered the ring in DC’s local music scene. Asa weeks, a 22-year-old rapper from Frederick, Maryland, will headline his first show in DC on November 27th at the Pie Shop. Weeks debuted at the same location in town in April and has since proven to be an energetic artist with a lot of potential. His song “NYC” has been played on Spotify a little over 27,000 times and on October 31st he released a single called “MOE TOWN” to the surprise of his fans.

Weeks began his fledgling music career by releasing his first EP, who knew, in October 2020. While starting a music career during a pandemic seems ill-advised, Weeks found the experience therapeutic. “It was very, very liberating,” he says. “That was my only thing that kept me going.”

When Weeks began performing live in 2021, he began in earnest to make a career out of his music. He made his debut on June 16 this year at the Frederick Arts Council, where fans thronged for the first time after he finished his set. He followed up with more shows at Frederick’s New Spire Stages and Sky Stage venues, the latter of which sold out as headliners.

“It’s not just any kid doing this anymore,” Weeks recalled, reflecting on the Sky Stage after the show. “Everything I did was justified.”

His success in Frederick propelled him to earn a place in the DC music scene. Earlier this year he got involved with MadeInTheDMV, a think tank for local artists and brands. On April 26, he was part of a multi-artist concert hosted by the organization at the Pie Shop. His next DC appearance was on September 2 on the Union Stage.

“Everything happens so fast it’s hard to segment,” says Weeks, looking forward to the upcoming show. “I started writing songs in my friends’ bedrooms and in my bedroom, and now I’m still doing those things, but I’m also going to end up in a really big, expensive studio with really renowned music professionals.”

Weeks was born to Liberian parents and grew up with his church. He first discovered music through his father’s piano and his mother’s voice in the local choir. As a child, Weeks remembers trying to hit the piano keys while his father was playing. “One thing that really fuels my spirit and makes me feel connected to God is music,” he says. “There’s nothing like some gospel music.”

Weeks discovered his passion for rap in his early teens when he first started listening to rap Childish Gambino, Magnifying glass fiascoand Kid Cudi. He still draws on her for inspiration today.

Personal and relatable, Weeks’ songs touch on his family heritage and experiences as a young black man in America. Addressing his black listeners, Weeks says the core message of his music is “Don’t let anyone take your dreams.”

“Things are taken from us in the story … whether it’s your life, whether it’s land, whether it’s a series of things,” he says. “But your dreams, those are the only things you have to hold on to.”

Even among the diversity of talent in DC’s rap scene, Weeks wants to stand out. Some local musicians have house music influences and others rap with rage. Weeks’ flow is chilled and draws on jazz influences. His discography spans a range of sounds, from slow to upbeat songs, and his mastery of his own voice allows him to change his flow multiple times within each track.

Taken together, the end product helps convey the story of Weeks. “For a listener who appreciates artistry and passion in their art, they will find that I am as pure and honest and genuine in my music as it can be,” he says.

That passion is most evident on 2021’s two-track release Black History Month. Weeks poured a lot of himself into the lyrics, which describe his experiences as a black student in a private school, what he currently wants from his music career, and the fight against the assumptions based on race that he and many others face.

Weeks knows he’s a young artist, but the pressure he’s feeling means he has no time to waste. He needs to remember to be present in the moment and to reflect on himself. Weeks says he plans to release new music, merchandise and visuals but won’t commit to sharing more details — for now. “The long-term stuff, that’s between me and God,” he says.

Asa Weeks performs at the Pie Shop on November 27 at 8pm and hosts the No Holds Barred showcase. pieshopdc.com. $12-$20.