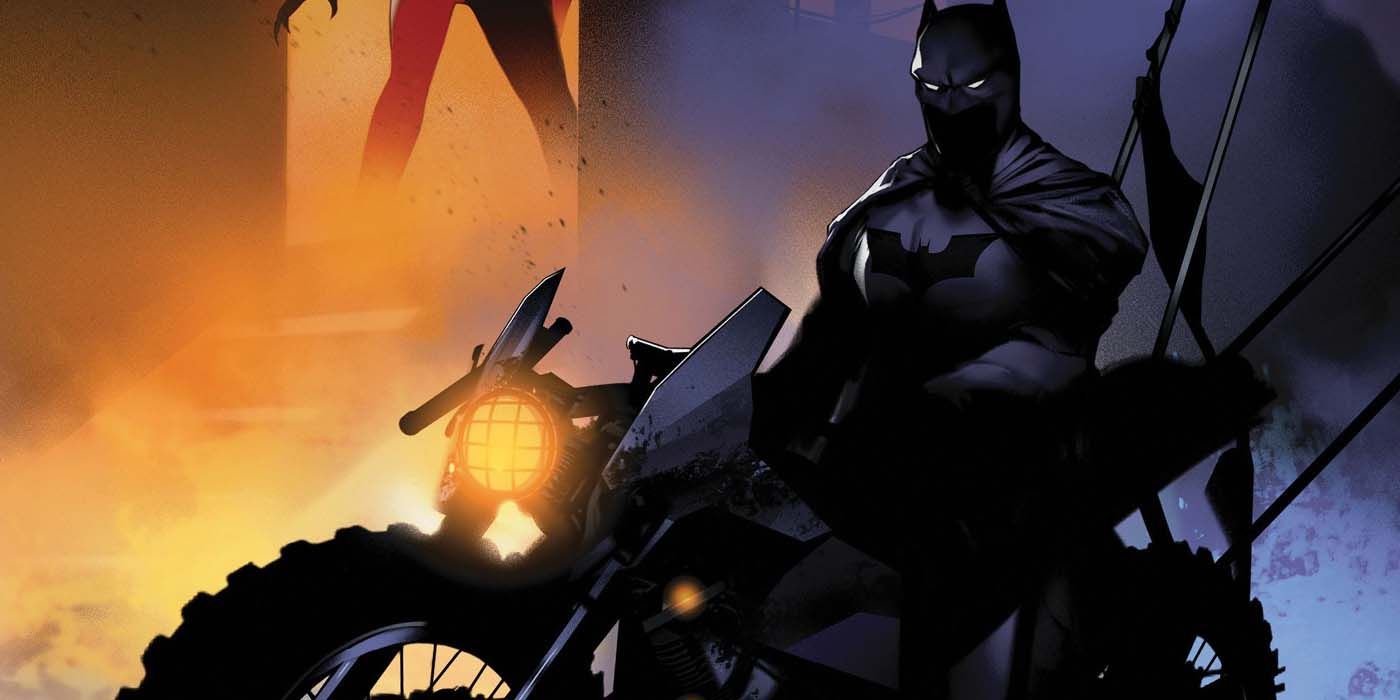 DC pays homage to Purple Rain, with Batman taking the place of Prince, in a stunning new twist on cover art for DCeased: War of the Undead Gods #7 from DC Comics.

Spoilers for DCeased: War of the Undead Gods #7 by DC Comics

In a stunning new cover variant that pays homage to Prince’s Purple Rain, Batman takes on the role of the late rock star and sits on a motorcycle while looking incredibly cool. In the variant cover for DCeased: War of the Undead Gods #7 by Ben Oliver, The Dark Knight gets the album cover that is a perfect tribute to the legendary one-of-a-kind musician.

Prince is one of the greatest musicians and guitarists of all time. The flamboyant performer has made a name for himself by selling hundreds of millions of albums, winning just about every music award an artist can get, and making a lasting impression with electrifying live shows. Prince, who passed away in 2016, also famously worked on the soundtrack to Tim Burton’s Batman, wrote the song Partyman, which appeared in the film. In the music video for the song, Prince played his own Joker ensemble; a look recently canonized in the Batman ’89 comic book series by Sam Hamm and Joe Quinones.

DC Comics recently announced its February 2023 bids and revealed the new stories coming to the publisher over the next year. Included in the preview for DCeased: War of the Undead Gods #7 by Tom Taylor and Trevor Hairsine was a new cover variant that pays homage to the classic album cover Purple Rain. In Ben Oliver’s DC Comics art, Batman takes on the role of the Prince, atop a motorcycle looking cooler than ever while Harley Quinn can be seen in the background contemplating The Dark Knight.

The Batman cover is a perfect tribute to Prince

Considering Prince’s personal history with Batman, the Ben Oliver Purple Rain Variant cover is the perfect tribute to the late musician. Oliver has done quite a bit before excellent variant covers for the DCeased series, and his latest work is another outstanding tribute to pop culture. Look at the text prompt DCeased: War of the Undead Gods #7 by DC Comics, teases the undead battle heroes they will face.

Some of the most powerful beings in existence are now slaves to anti-life. Undead Darkseid’s forces have spread the virus across entire galaxies. Even Kryptonians and the Flashes may be too slow in the race to heal worlds before all is overwhelmed. The final battle for the universe begins.

Ultimately, the cover art is a must for both The Dark Knight and Prince fans, as the Purple Rain homage connects two worlds that have so far crossed in exciting ways. Readers can pick up the prince /Batman Variant cover by Ben Oliver if DCeased: War of the Undead Comics #7 by DC Comics hits comic book stores in February.

Next: Green Lantern explains why he’s the worst superhero alive