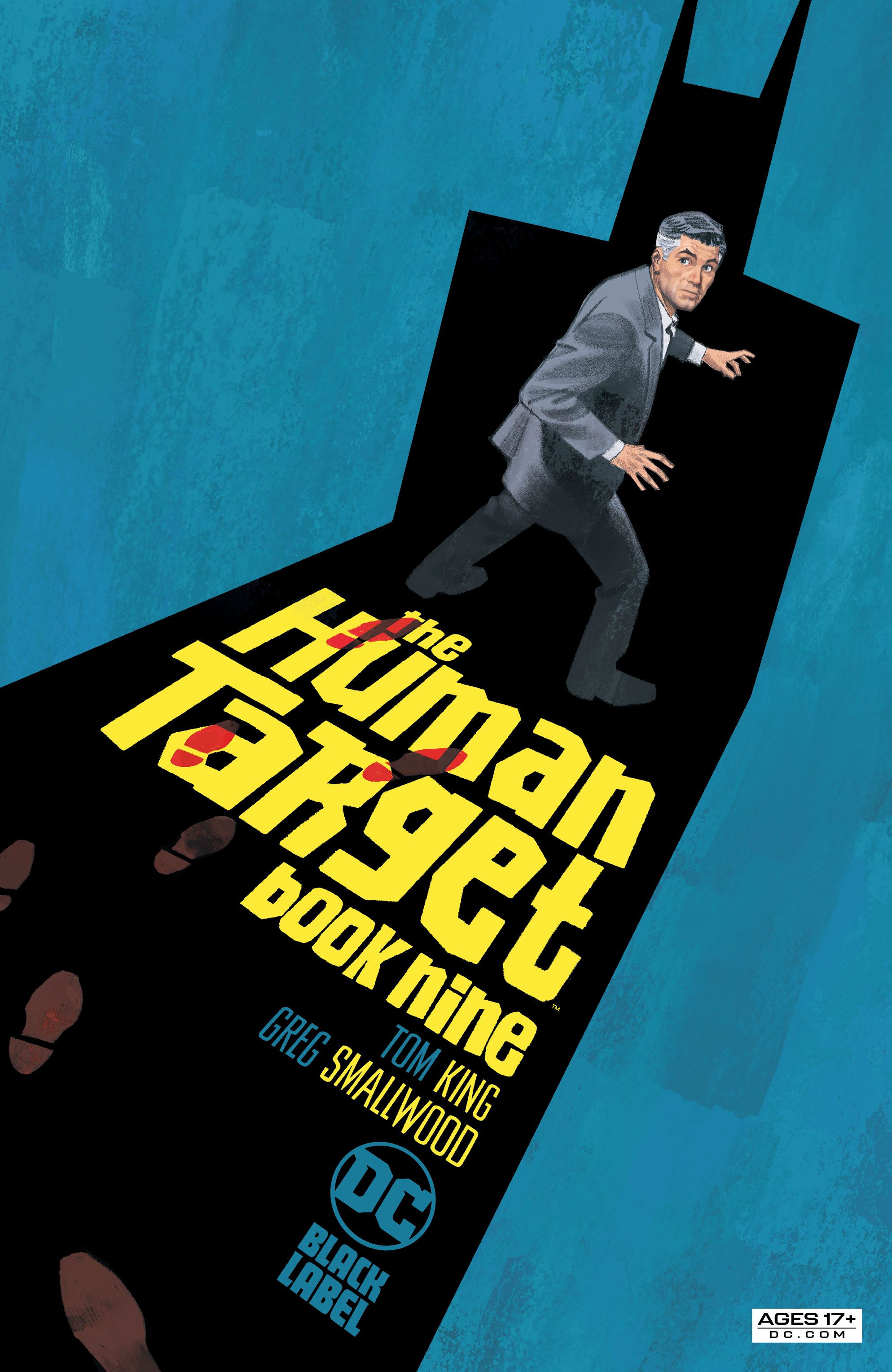 The human goal is a 12-issue limited maxi-series published under DC’s Black Label imprint and follows Christopher Chance, aka The Human Target, as he tries to find and kill the person responsible for his poisoning responsible for. With just twelve days to live, the centerpiece of the series is his relationship with Justice League International member Ice. The two believe they successfully dealt with the party behind Chance’s attack, an attempt originally aimed at Lex Luthor, who Chance was impersonating at the time. Written by Tom King with illustrations by Greg Smallwood and letters by Clayton Cowles, The human goal #9 follows Chance and Ice on a paranoia-fueled road trip.

This issue begins with a gut punch, as readers see Chance practically dead by morning, saved only by Ice and her abilities. The sequence is utterly silent, carried by Smallwood’s art, and it hits with tremendous force. Following his near-death experience, readers are introduced to what will be the driving force for the remainder of the issue. Chance expects a visit from Batman. The human target and Ice embark on a journey into the desert while trying to get as far away as possible. Along the way, some long-kept secrets are revealed, and Chance’s paranoia reaches a boiling point.

RELATED: DC just revealed how easy it is to kill a Green Lantern

King brilliantly captures Chance’s state of mind in this issue. The narration throughout The human goal was strong but this issue might be for the best. Readers can feel fear boiling in Chance. His concern that Batman might appear at any moment drives every action and thought. While King’s narration is excellent, the personal connection between Chance and Ice is also evident. Their relationship is at the heart of the series. King never forgets that. The caring between the two is palpable, and their chemistry is a real highlight.

As usual, Smallwood’s art is the star of the show. King’s writing may be outstanding, but the art is incredibly good. The opening sequence alone is an example of tremendously powerful visual storytelling. The camera positioning for each panel is excellent. He treats small moments with a subtlety that conveys so much. Page and panel layouts are beautifully paced, keeping the reader engaged and the story visually fresh.

It’s really wonderful to see what Smallwood brings to the table in each issue. Character expressions are rendered with nuance, movements are powerfully drawn, and contrasts are present throughout. Much of this edition takes place in the desert, and this warm color palette is a brilliant counterpoint to the chill of ice. The techniques used for shading create multiple layers of visually compelling color. The action is clear and easy to follow. Most of the output is conversation, and Smallwood makes those moments as exciting as any superhero slugfest.

RELATED: Tom King discusses where — or if — the human goal fits into the DCU continuity

The Cowles lettering is the final component of the presentation and it’s gorgeous. Narration and dialogue efficiently guide the reader through each page. Story boxes are routinely placed around the edges of the panels, cutting into the art from the white gutters, allowing each side to breathe.

As The human goal The closer the end gets, the more urgency is felt towards the characters. The love story at the center continues to flourish and the looming sense of dread becomes ever more apparent. With The human goal No. 9, King, Smallwood and Cowles deliver another master class in storytelling.