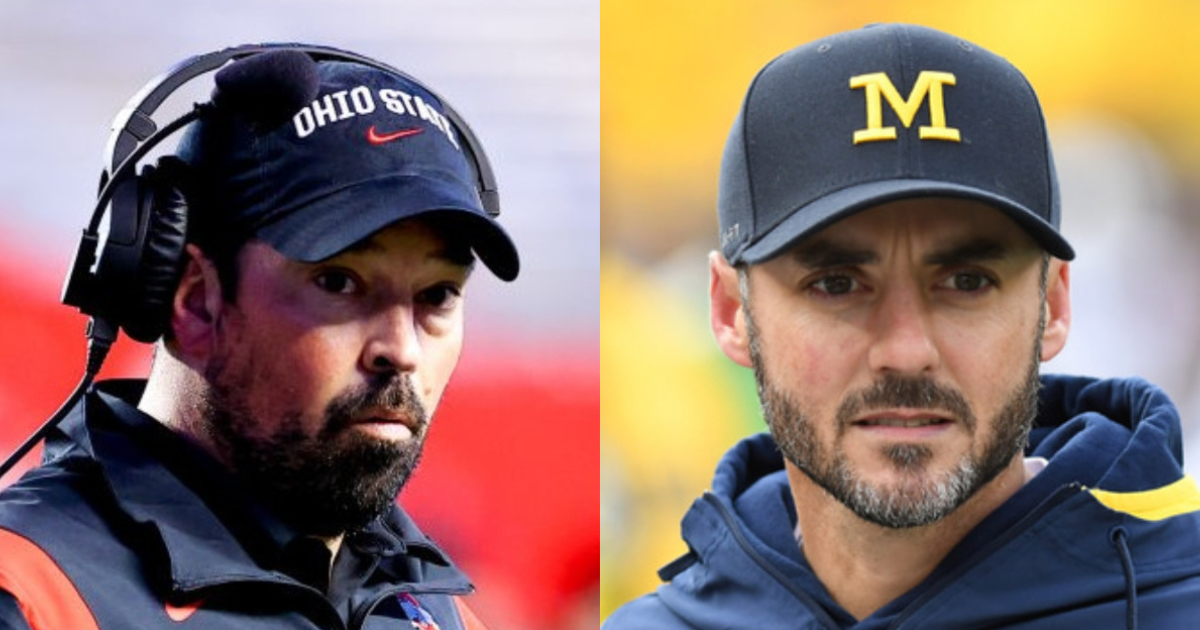 On3’s Mike Huguenin and Matt Zenitz highlight six games each week with interesting matchups from the coordinators. The proverbial “chess game” between the coordinators could very well determine the outcome.

Here are the six in Week 13. All games Saturday unless otherwise noted.

Time/TV: Friday noon, ABC
The Coordinator Matchup: Tulane OC’s Jim Svoboda vs. Cincinnati DC’s Mike Tressel
The Buzz: The winner takes home the AAC regular season title and hosts the league championship game. Svoboda, in his first season at Tulane, has ramped up the fast attack, and Tressel’s early business numbers show he’s stopping the run. Tulanes Tyjae Spears has had five consecutive 100-yard games. Cincinnati was strong against the run, but in their two losses, the Bearcats gave up 482 yards (that’s a third of their entire season). Tulane QB Michael Pratt makes good use of the play fake and has nine noisy TDs of its own.

Florida in the state of Florida No. 16

Time/TV: 7:30 p.m. Friday, ESPN
The Coordinator Matchup: Florida State Coach Mike Norvell versus Florida DC Patrick Toney
The Buzz: Florida State has rushed for 200 yards in six straight games, the first time that has happened since Warrick Dunn ran around the Seminoles backfield in 1995. Florida’s running defense isn’t good; The Gators have given up 21 rushing TDs (101St national) and allow 4.45 yards per carry (95th national). To make matters worse, Florida LB Ventrell Miller – the team’s best defensive player – will miss the first half after a targeted call in last week’s loss to Vanderbilt. FSU QB Jordan Travis is a much-improved passer this season, but Toney has yet to find a way to get the Seminoles airborne. If the FSU runs as before, it will be ugly.

Time/TV: noon, fox
The Coordinator Matchup: Ohio State Coach Ryan Day versus Michigan DC Jesse Minter
The Buzz: Both teams have running back injury problems, and that will affect Michigan’s offense more than Ohio State’s. Still, it will be interesting to see how Minter attacks when the Buckeyes are absent Treveyon Henderson and Miyan Williams. Michigan ended Ohio State’s temporary onslaught last season, with some help from the weather; There is no snow forecast for Saturday and this is a different coordinator. Maryland Taulia Tagovailoa has season highs in passing yards (269 yards) and TD passes (two) against the Wolverines. Ohio State QB CJ Stroud has not thrown or thrown a TD pass in three of the last four games, adding another layer of intrigue.

Time/TV: 4 p.m., FS1
The Coordinator Matchup: TCU OC Garrett Riley vs Iowa State DC Jon Heacock
The Buzz: This has been a disappointing season for Iowa State, but the Cyclones’ defense has played well. State of Iowa is 12th nationally in yards-per-play defense (4.64). TCU is at its best when its charging attack is cranked up, and it will be interesting to see how Riley chooses to do things early. Will TCU rely heavily on RB Kendre Miller early, or will the Horned Frogs attempt to air it out with QB Max Dugan? Iowa State is last in the Big 12 in sacks, but the Cyclones have to make it uncomfortable for Duggan at least.

Time/TV: 7:30 p.m. ABC
The Coordinator Matchup: Notre Dame OC Tommy Rees vs USC DC Alex Grinch
The Buzz: While Notre Dame’s defense has stiffened in the second half of the season, USC will succeed in moving the ball against the Irish. Rees needs to find a way for Notre Dame’s offense to keep up. That shouldn’t be that difficult: USC allowed at least 35 points and at least 469 yards in four of his last five games; the trojans allowed 500-plus in three of them. But the only thing Grinch’s unit has done at an incredibly high level is turnovers: USC has a plus-20 turnover margin, thanks to the Trojans forcing 24 turnovers (18 picks, six fumbles). The Irish have committed 13 turnovers.

Kansas in the state of Kansas No. 12

Time/TV: 8 p.m. Fox
The Coordinator Matchup: Kansas OC Andy Kotelnicki vs. Kansas State DC Joe Klanderman
The Buzz: K-State secures a spot in the Big 12 title game with a win. Kansas’ defense isn’t much, so the Wildcats’ offense has plenty of success. That means Kotelnicki’s unit has to pull through. Kansas RB Devin Neal has rushed for 465 yards in the last three games, and K-State has had trouble stopping the run at times. K-State has only allowed eight rushing TDs all season, but five of those came in the Wildcats’ three losses.