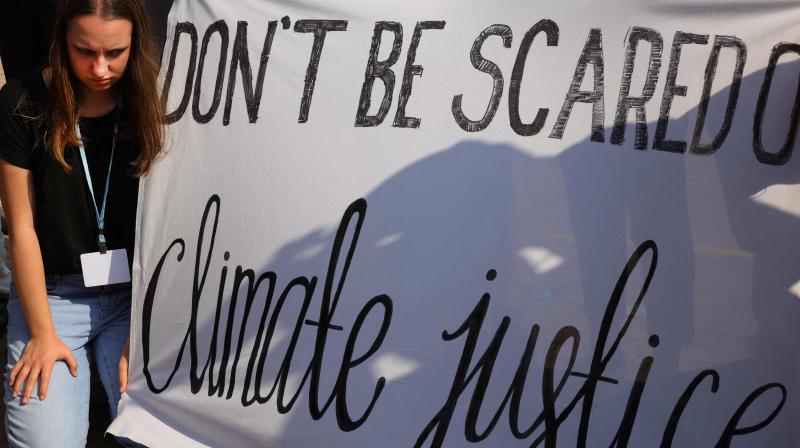 The resolution, adopted at the 27th Conference of the Parties to the United Nations Framework Convention on Climate Change (COP27), appears to be a half job as it adopted a resolution to set up a Loss and Damage Fund but deserted the rich nations has no binding commitment to reduce CO2 emissions, the main cause of climate change.

The summit started optimistically, sounding open to the idea of ​​setting up a loss and damage fund, which was not even on the agenda at its previous edition, COP26 in Glasgow. The negotiations, held in Sharm El Sheikh, Egypt, recovered from a near collapse on the fund issue, and the final text reflects the consensus of participants: There will be a fund. It will help developing countries bear the costs of climate-related events such as storms and floods. However, the details of the fund will not be decided until next year. A Transitional Committee would make recommendations as to who would ultimately contribute to the new fund under the final decision.

While the decision on the fund is to be welcomed, the history of rich nations in fulfilling the commitments they have made to the poor in this regard is not encouraging. The UN climate meeting in Copenhagen 12 years ago agreed to channel $100 billion a year by 2020 from wealthy nations to less wealthy ones to help them adapt to climate change and prepare for future changes. The fund is not ready yet. It cannot be overlooked that a final decision on the founding of the fund is still pending at COP27.

Indeed, the failure is that very little is happening to urgently call for a phase-out of fossil fuels, the main contributor to carbon emissions and global warming. The aspirations of developed nations in the past have caused carbon emissions to reach dangerous levels; Their infrastructure and energy requirements made the planet almost uninhabitable. The poor, meanwhile, were eons away from such a process. Now they are discovering their own national agendas and trying to emancipate their peoples.

The regulations could be detrimental to the interests of developing countries as they require countries to take steps toward phasing out unrelenting coal power and phasing out fossil fuel subsidies. The recipe, first made at COP26 in Glasgow last year, is aimed at developing countries as they depend primarily on coal for their growing electricity needs; They offer subsidies to provide energy to the poor. If countries like India followed the COP27 mandate, they would have to slow down their development goals.

Taken together, the final resolution appears to have followed the agenda of rich nations. There is no road map for phasing out fossil fuels, there is no immediate commitment to the Loss and Damage Fund, and there are proposals that harm the development process of poor nations. In short, the summit only tried to address part of the impact and not the causes. There is very little for the world to cheer about his results.