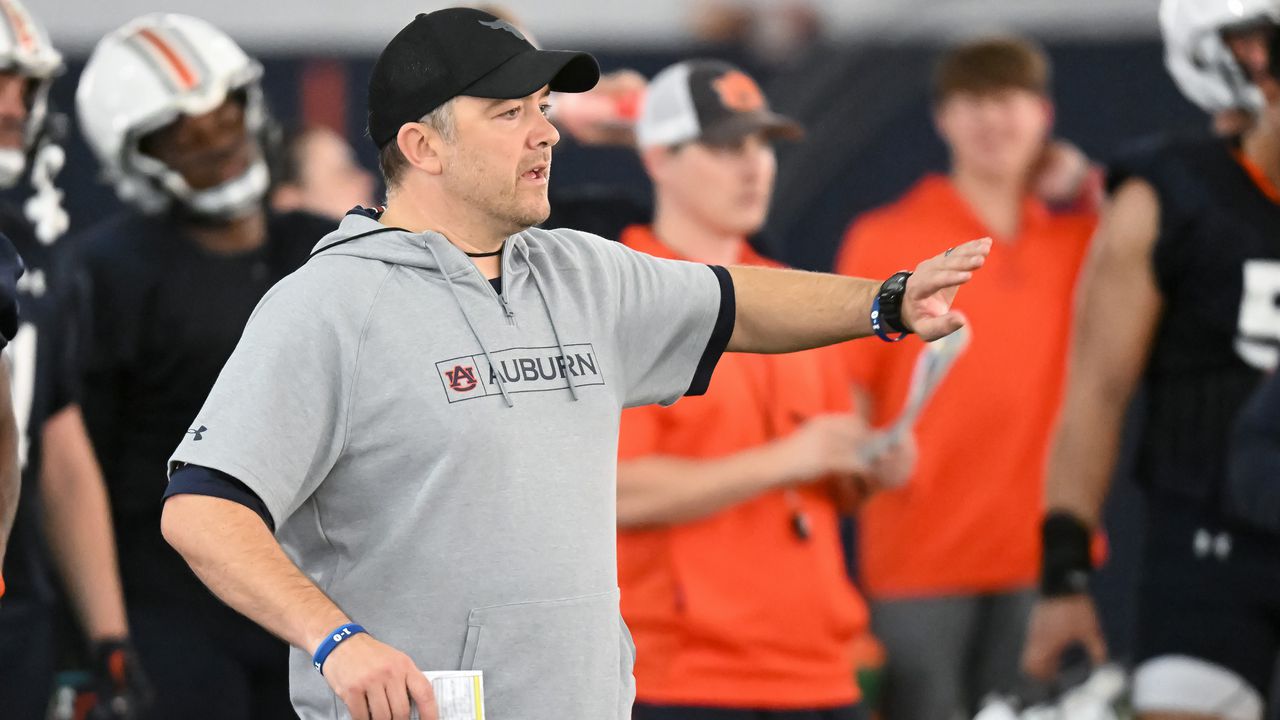 Auburn’s coaching staff got messed up on Halloween.

Bryan Harsin and six other employees were all fired during the team’s 3-5 start to the season. Five of the six shown the door previously followed Harsin from Boise State to Auburn when he first took the job on the Plains. When the decision to fire Harsin was made, the Tigers immediately cut those ties with Boise State—well, except for one.

Defensive coordinator Jeff Schmedding was the only former Boise State employee retained during the trial, making for a potentially awkward situation for the 44-year-old assistant coach.

Auburn ‘gambles with house money’ as major Iron Bowl underdog: ‘No one gives us a chance in hell’

Statistically, Auburn’s pass defenses are on track for their best season since 2017

“When you’re going through that, it’s difficult, and we’re all part of what happened, so it’s difficult to see families going through things like that, but at the same time you have an opportunity to keep working – and keep working for.” these players,” Schmedding said Monday, speaking to the media for the first time since Harsin’s sacking. “That’s how I looked at it. It’s an opportunity to work for Coach Cadillac, spread his message and work for the players – same thing we talked to the players about.

“You can point the finger, you can break up, but if you want to be successful you have to come together and fight as a team.”

While Schmedding is the last former Boise State assistant still standing on the Plains, the decision to keep him — even after cutting ties with the rest and even after Auburn’s defense had more 40-point games in the first two months than in any single season in the history of the program – paid off handsomely. Auburn’s defense has enjoyed a midseason renaissance, with the unit turning a corner and producing three quality performances within the program since the reorganization.

Auburn’s defense has been strong since giving up a quick start to Mississippi State after a short week of muddled preparations following a coaching change. The Tigers gave up just nine second-half points to the Bulldogs while rebounding from a 21-point deficit in the first half before eventually falling in overtime. The unit was dominant in a win over Texas A&M, only allowing a point in the fourth quarter and limiting aggies to negative yards in the third quarter. Auburn followed that up with a second-half shutout and a smothering try against Western Kentucky last weekend.

“He just let us play,” said defensive tackle Colby Wooden. “He knows we’re going to make some mistakes but he just lets us play. It’s nothing new. Like I said, we have nothing to lose, so let’s just play. We just have fun playing football.”

During that stretch, pass defenses had their best three-game span since 2019, keeping each of those three offenses to less than 6 yards per pass attempt. The running defense, which was leaking earlier this season, has given up less than 200 yards total over those three games while opponents have been limited to 2.7 yards per carry.

“Wow,” said interim coach Cadillac Williams. “I take my hat off to Coach Schmedding and that defence… I appreciate Schmedding a lot, man. He’s a technician; He’s a teacher; He knows the game of football inside and out. He can get these players to really play for him – along with trainer Roc (Bellantoni), trainer (Zac) Etheridge, trainer (Jimmy) Brumbaugh. These guys do a really good job, man, and they let these guys fly around and play Auburn defense.

“For me, defense is about the effort to get 11 men on the ball. Whenever you do that, create takeaways. The ball falls in your direction. I’m proud of Coach Schmedding and his staff for what they do on defense.”

According to Schmedding, not much has changed for Auburn in the last three weeks, but the defense has settled in more and focused on personnel and loose play again. The Tigers are changing more players across the lineup, which has helped draw key players deeper into games, which has been evident in the defense’s second-half performances over the past few weeks.

All of this helped Schmedding succeed in what could have been an awkward situation.

“It’s been a blessing to see these guys come together and really just the effort and struggle they’ve had,” Schmedding said. “It was fun to watch. Those situations unfortunately – I haven’t been in many of them but certainly those situations can go the other way but I think everyone rallied around Coach Williams and his message of serve, discipline and faith. And just fight, keep fighting.

“That’s really what we ask of everyone. You can stop or you can fight and they chose to fight.”

Tom Green is an Auburn beat reporter for the Alabama Media Group. Follow him on Twitter @Tomas_Verde.