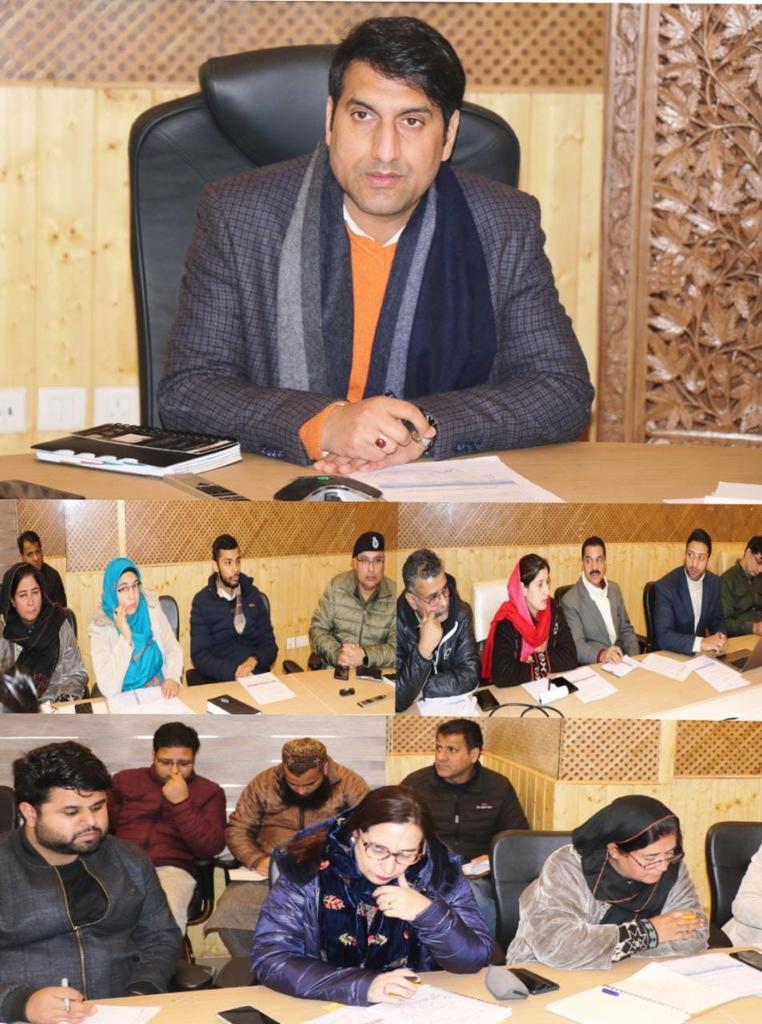 Srinagar, November 24th: To finalize the action plan for Aadhar card saturation and mandatory biometric update in all age groups, a district-level meeting of the Aadhaar Monitoring Committee chaired by Deputy Commissioner (DC) Srinagar Mohammad Aijaz Asad was held at the Conference Hall on Thursday instead of the DC Office Complex, here.

Initially, the DC held flimsy deliberations on a mechanism to be introduced for Aadhaar saturation in all age groups and compulsory biometric updating of children in the district.

The DC also conducted a detailed review of the statistics of the Aadhaar saturation process among different age groups and the status of Aadhaar Seva Kendras operating in Srinagar.

On this occasion, the DC was also informed of the initiatives being taken to cover the 0-5 year olds, 5-18 year olds and over 18 year olds in the district. .

The DC asked the ICDS Program Officer and the Department of Health to ensure that all children in the age group 0-5 are admitted to the affected Anganwadi Centers and Vaccination Centers.

The DC also called for the establishment of dedicated Aadhaar registration desks at the district’s main health facilities, including Lal Ded and Children’s Hospitals, to ensure the Aadhaar registration/registration facility for newborns so that all newborns are registered in a timely manner to advance the saturation process.

The DC also asked officials to submit the progress of Aadhaar registrations on a daily basis.

The DC ended the enrollment of the Aadhaar in a multi-agency process and requested all concerned departments to launch mass awareness campaigns in their areas of responsibility to cover the entire population under Aadhaar enrollment.

DC emphasized that progress towards the Aadhaar enrollment target of children aged 0-5 years and 5-18 years must be time bound by 10 percent. He asked ICDS and education department officials to monitor progress in the target group by announcing the schedule of project/school-related camps in coordination with UIDAI.

Previously, the DC was informed that 73 Aadhar enrollment centers including 23 in SSA (School Education) and 7 kits in ICDS are currently operational in Srinagar to facilitate citizens to obtain Aadhar cards rather than just already issued cards to update.

The meeting was informed that over 10.37 lakh Aadhaar cards have been issued in Srinagar so far.