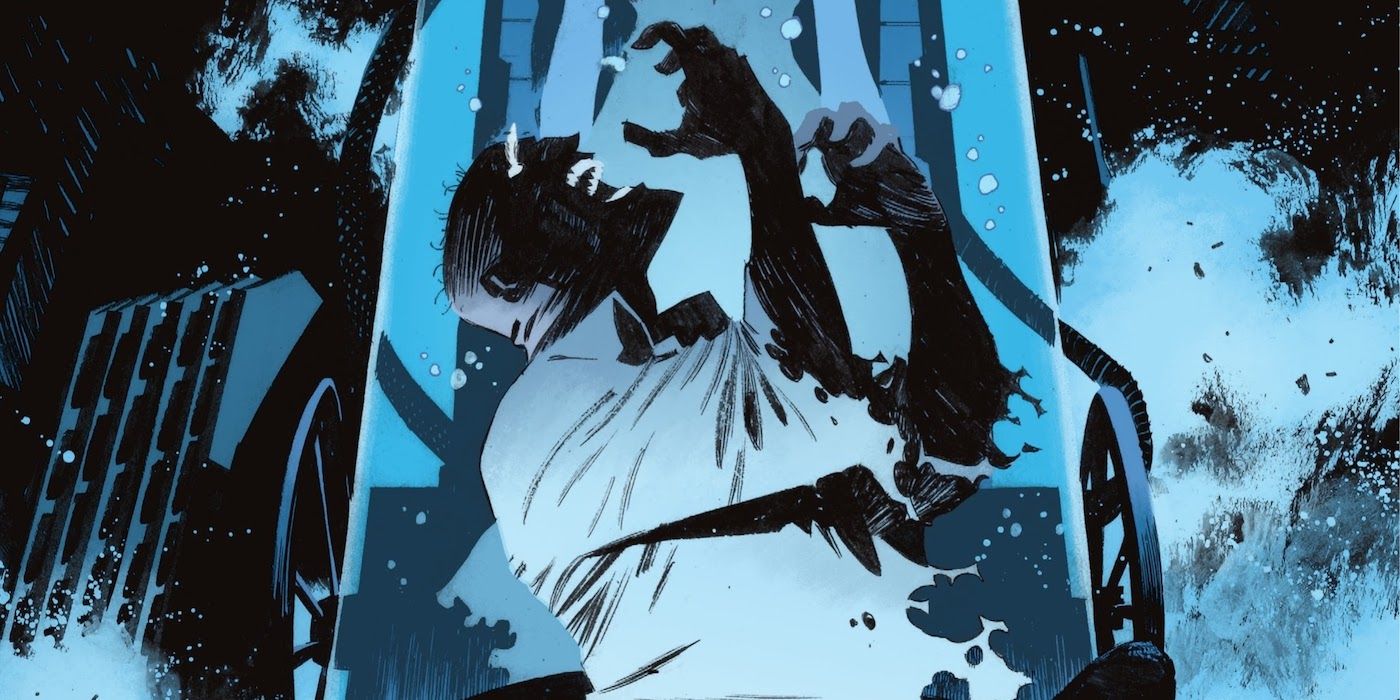 In Batman lore, it’s safe to say that Mr. Freeze is one of Bruce Wayne’s most likable villains. Since he was introduced in the 50’s he has become a tragic criminal who robs to collect money and technology to save his wife Nora. In those moments, his human side comes alive as Victor Fries, spurred on by the Heart of Ice episode Batman: The Animated Series in the 90s.

This arc compounded how torn Batman and his crew were when it came to taking Freeze down because no matter what happened, they wanted him to cure Nora’s illness and bring her out of stasis. However inside Batman: A Bad Day – Mr. Freeze In #1 (by Gerry Duggan, Matteo Scalera, Dave Stewart and Deron Bennett), the villain has undergone a major transformation, revealing that he is not the good husband many thought he was.

This story delves into the story of Mr. Freeze, making important retcons along the way. Batman arrests Freeze, but at the behest of Robin (Dick Grayson), he offers Victor a lab at Lex Corp to work on Nora. A problem arises, however, when his intentions suddenly become unclear after it is revealed that he emotionally abused her before she became ill.

He accused her of infidelity while she accused the insecure cryotechnician of drowning in work and neglecting her. Freeze even hated her friends, lying to them and preventing them from visiting her for the last few days. No matter what happened, he wanted Nora all to himself, so he kept her isolated before putting her in the ice chamber until he could heal her. Still, there was an air of suspicion and hatred he kept cool in his paranoid, selfish heart as he rejected her desire to die peacefully — and chose to keep her as that trophy wife

RELATED: Batman’s first meeting with the Joker was like a Dirty Harry movie

After Freeze trashes the lab and hints that he can’t heal her, Batman and Robin hunt him down. They get into a brutal fight outside of Gotham, where Robin finds Nora’s cell. There, Bruce and Dick finally get Victor to admit that he never really wanted to heal her. He wanted to use this crusade of science only as a front so that he could secretly indulge in his criminal affairs and gain agency, power, and control that he never could as a mere human.

He says he was sick of Nora going out, spending his money and living without him while he hid at work. It’s an unhealthy, misogynistic attitude — a far cry from the hopeless romance that the books and other media paint. Victor just wanted time to stop when she wasn’t with him, so he made up this icy prison for her to delay her dying breath or healing just so he doesn’t have to share her with the world. Ultimately, it’s hard to have the same empathy and compassion for Victor, but hopefully one day he can make amends with his lover, bring her back to light permanently, and win back fans who have rooted for this couple.