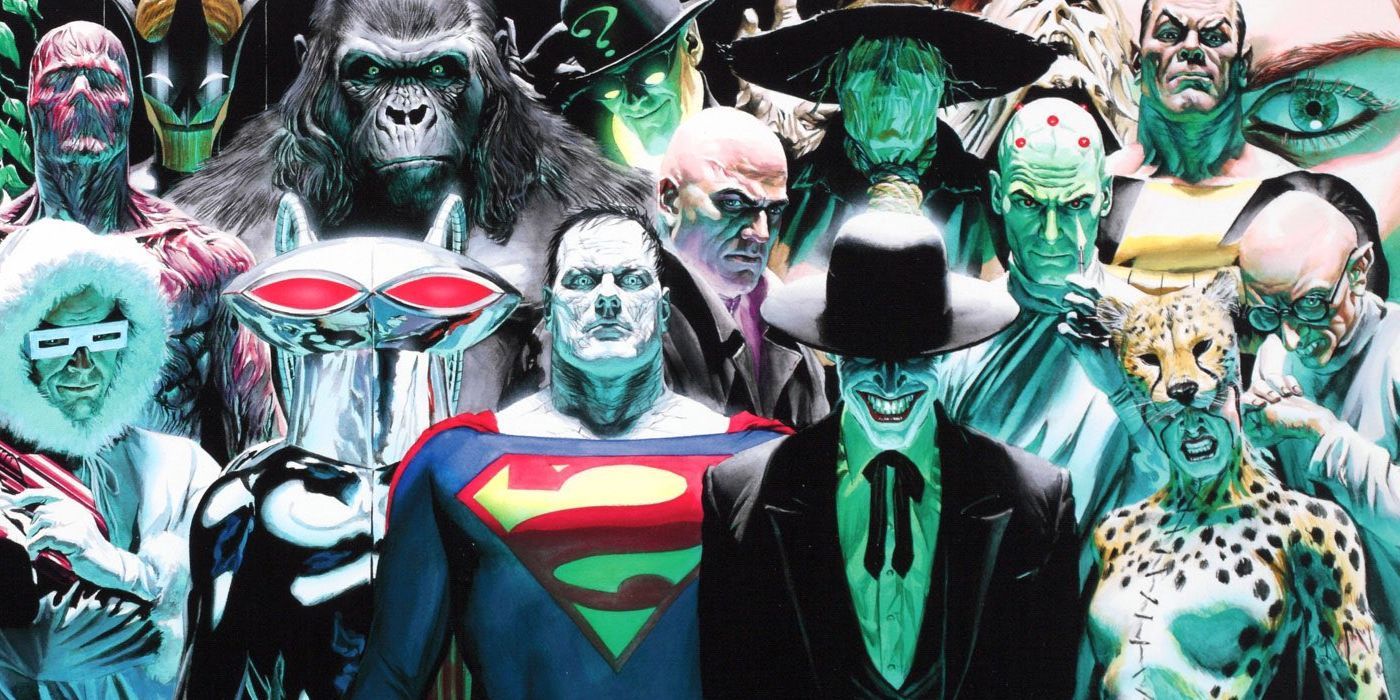 The next terrifying antagonist ready to take on the heroes of the DC Universe may already have been revealed in a promo for the Dawn of DC relaunch.

It appears that DC comics may have already unveiled the next great threat to its bold new era. A promotional image for the Dawn of DC initiative hints that a classic villain could step up his game to take on a revived DC Universe.

DC Comics recently announced its plans for a series-wide reorganization following the events Dark Crisis on Infinite Earths and Lazarus planet. The Dawn of DC will bring some dramatic changes to the classic universe, including an increased presence of its old heroes and a return of fan-favorite characters and teams like the Doom Patrol. Details about the initiative emphasize a more optimistic leap into the future, in which the heroes of the DCU have conquered the darkness that has caused them so much strife. DC has also stressed that The Dawn of DC would use its new series to work towards its next big storyline.

But it looks like DC Comics has already revealed which villain the DC heroes will face off in their new chapter. Amid all the company’s news for Dawn of DC, the publisher released a promotional image highlighting its plans for 2023. The year begins with Lazarus planet and the seminal events of Action Comics #1051. After that, Dawn of DC will be in full swing Unstoppable Doom Patrol and Green Lantern: Hal Jordan doesn’t come too long after that. Other titles will be released throughout the year, but DC appears to be announcing a new event centered around the premiere of its new Batman and Shazam series. The only visible text is “Knight T-“, possibly the name of DC’s next event. Additionally, various heroes’ symbols are drawn and appear to be marker dots on mechanical tendrils very similar to Brainiac’s.

Why would Brainiac come for the DCU?

Fans familiar with Superman’s nemesis Brainiac know that the alien often pilots a skull-like ship that uses multiple tentacles as part of its defense and weapon systems. It’s been some time since Brainiac was at the forefront of the DC Universe, but he’s certainly an intimidating threat. He specializes in stealing knowledge and sampling cities from different worlds and destroying them to be their sole owner. Brainiac has even proven to be a challenge for Superman and could no doubt spell trouble for the DC Universe.

But why would Brainiac reappear now? It is known that the events of Lazarus planet will change the DC universe after the eruption of the Lazarus volcano and lead to a proliferation of superpowers among humanity. While the consequences of Lazarus planet currently unknown, such a radical change could undoubtedly pique the intellectual curiosity of a knowledge pirate like Brainiac. There may be some extremely rare specimens that the Coluan menace is keen to preserve. Or maybe he has dark plans of his own that have yet to be revealed. Fans will have to see for themselves if Brainiac reappears when the Twilight of DC starts next year.