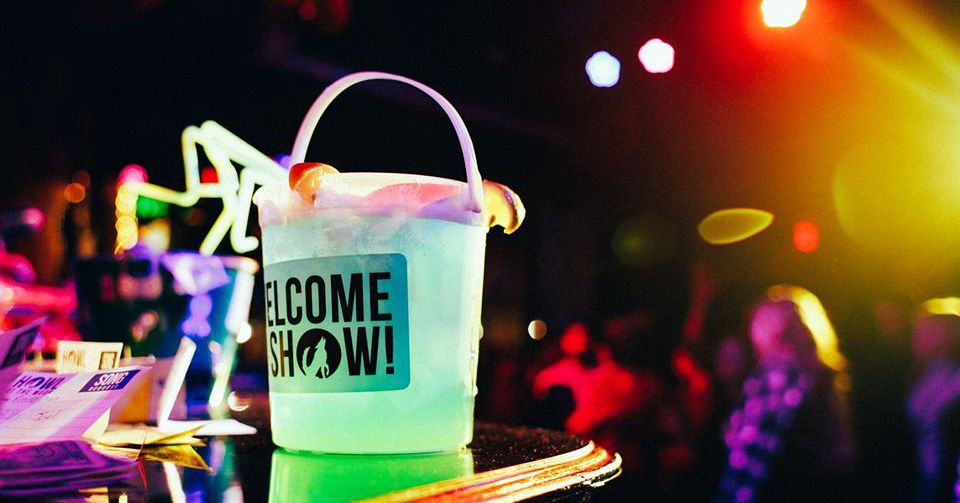 A spring 2020 opening wasn’t exactly on the cards for a massive new nightclub. Nationwide entertainment chain Howl at the Moon was originally planning to debut in DC in April, but the universe had other plans.

With bars in 15 US cities (the closest being Philadelphia) and a program at sea with Norwegian Cruise Lines, Howl at the Moon is known for its piano show, where two pianists take turns taking song requests from the crowd. Guitars and drums are often included.

“You can go from Bruce Springsteen to Doja Cat in the blink of an eye, and they just make it so seamless,” Kara Lally, DC sales and events manager, told Eater.

Technicolor, oversized alcoholic beverages are the main attraction on the Howl’s menu. Highlighter-colored “party drinks” like Hurricanes with Rum come in 12-ounce glasses (and also in 32- and 86-ounce pails for $24 and $36, respectively).

The “Sex on the Moon,” touted as his “most popular” bucket, consists of tropical punch vodka, peach schnapps, pineapple and orange juice, and grenadine. “Hot Girl Summer” mixes lemon and coconut rum with watermelon and coconut and berries from Red Bull.

Howl at the Moon is not a restaurant and does not claim to be one. Instead, the venue hopes to fill a gap in nightlife in a neighborhood that’s already packed with top-notch restaurants.

“Where we are right now, there aren’t really that many clubs around us,” says Lally.

She claims that this place has a “more upscale” and “professional” vibe than some of the other Howl at the Moons to better appeal to DC residents. While food isn’t the focus of Howl at the Moon, Lally says Howl DC will eventually serve some sort of bar snacks. Events will initially be managed by an external provider.

Shots ($10) include sugary concoctions like bartender Howl’s “Strawberry Shortcake” (whipped vodka, strawberry puree, whipped cream), “Morning Skrew” (peanut butter whiskey, apple liqueur, orange juice) and “Cinnamon Toast” (Rumchata Liqueur, Fireball). An Instagram logo next to certain drinks on the menu indicates which ones are said to be the most photo-worthy (a tropical “trash can” built with blue Curacao is one).

If the set list of sweet cocktails ($13) isn’t your jam, guests can also request just about any mixed drink under the sun.

“You want that special cocktail, we’ve got it for you. We have all the ingredients for just about anything you could want,” she says.

Sunday through Tuesday nights are available for buyouts, and the public is welcome the rest of the week – with a $10 entry fee – from 6pm to 2am on Wednesday and Thursday and 3am on Friday and Saturday.

The bar also offers seltzer and canned cocktails, and a wine list tailored for the ultimate non-connoisseur (all Barefoot and Sutter Home). Beers ($7-8) show some love for locals like Atlas and Dogfish Head.

There are also drinks, shots, and buckets around holidays like Halloween, Thanksgiving, and New Year’s Eve, as well as free happy hour giveaways. The first big party is scheduled for Friday, November 25, with Black Friday specials like $3 Miller Lites, $5 Cinnamon Apple Shots and Honeycrisp Harvest Buckets.