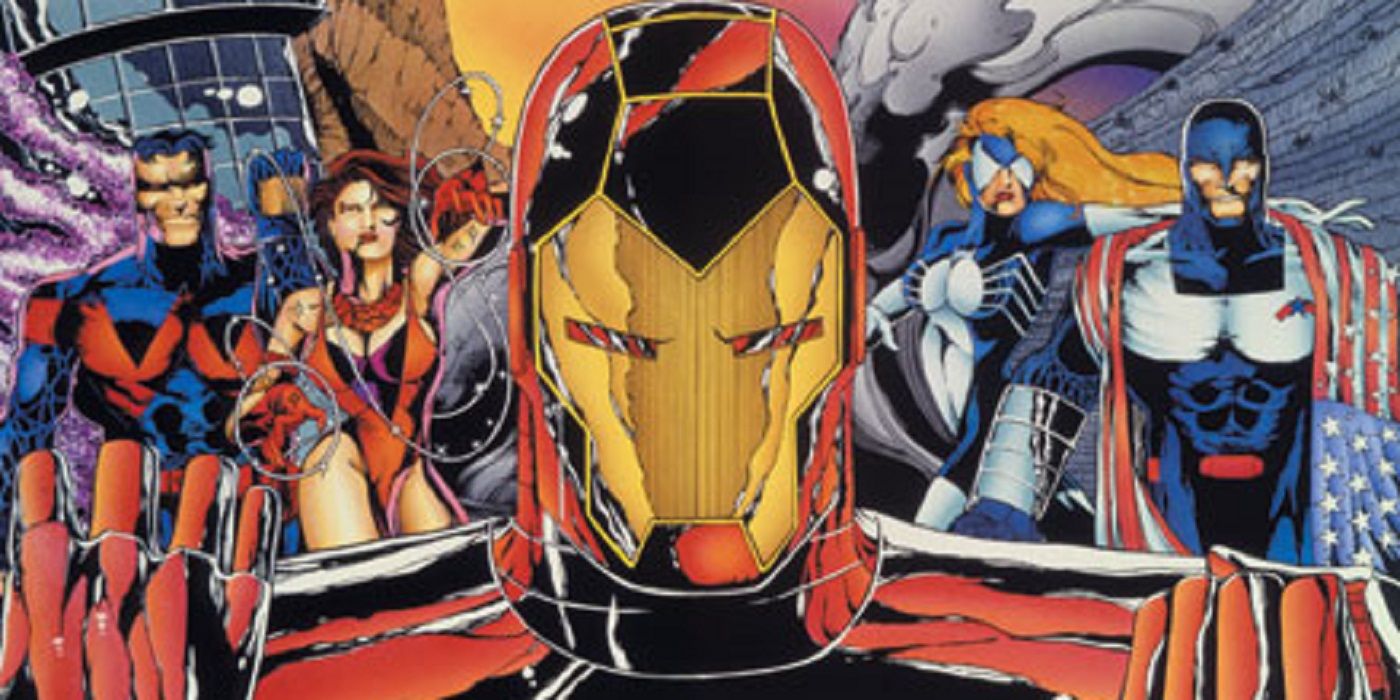 Since making it big in the movies, Iron Man has grown into one of the biggest characters in Marvel Comics. Iron Man is a staunch member of the Avengers and a high flyer himself. He is arguably the mascot of the Marvel Universe outside of Spider-Man and the X-Men. However, this wasn’t always the case, and at one point he was part of an entirely different superhero team.

This team of slightly lesser-known heroes called Force Works should be more proactive. Ironically, this made them quite similar to a team at DC Comics. Unfortunately, although Iron Man founded the team, Force Works quickly became a forgotten relic, and it has remained so for the team ever since.

RELATED: An Iron Man’s cyberpunk tale once foretold the future — of the real world

The team debuted in their eponymous first issue, force works #1 created by Dan Abnett and Andy Lanning. Force Works rose from the ashes of the West Coast Avengers, with many of the members being recycled from there. These included US Agent, Scarlet Witch, a now-forgotten version of Spider-Woman, and Wonder Man. Their unofficial leader was Iron Man who wanted them to be more proactive than other superhero teams. Rather than just fighting threats, Force Works would prevent danger from ever happening by using a “chaos computer” and Scarlet Witch’s own powers to predict future events.

Unfortunately, they never attracted much attention, perhaps because the main actors were so unpopular at the time. As mentioned, Iron Man himself wasn’t anywhere near the A-lister he is currently, and adding the likes of a far-flung Spider-Woman and Wonder Man did little to move the needle. Force Works had been in operation for barely two years prior to the tumultuous events of The Crossing, which revealed Iron Man was under the control of the time-travelling Kang the Conqueror. The team then reformed civil war and in the Ironman 2020 event, but for the most part it seems like violence hasn’t worked in the Marvel Universe for too long.

While Force Works may not have had a major impact on the comics world or the Marvel Universe, they shared some notable similarities with a team at DC Comics. The Outsiders were a team created by Batman when he temporarily left the Justice League to form a superhero group that took more initiative in dealing with threats. To that end, his new team of “Outsiders” didn’t consist of familiar faces like Superman and Wonder Woman, but rather street characters like Black Lightning, Katana, and Metamorpho.

These B- and C-list characters could be compared to Wonder Man, Julia Carpenter, and even Scarlet Witch at the time Force Works was formed. So was the fact that they weren’t familiar heavyweights. The two teams even appeared in somewhat forgotten cartoons, with Force Works showing up in the ’90s iron man cartoon (which was released around the same time as the team’s comics) and the misfits who are a part of it Batman: The Brave and The Bold. One key difference, however, is that the Outsiders have appeared far more often than Force Works, both inside and outside the comics.

The Outsiders are forever associated with Batman, even during the time Nightwing was in charge of the team. The same goes for Iron Man and Force Works, but its popularity just didn’t rub off on them at all. Given how paranoid Tony Stark can be at times and how far he went to control superhumans civil war, his leading force works suit him perfectly. Hopefully a creative team will come along that can properly leverage the team and its premise and make it more than just a failed ’90s expansion of the Avengers and a force to be reckoned with.