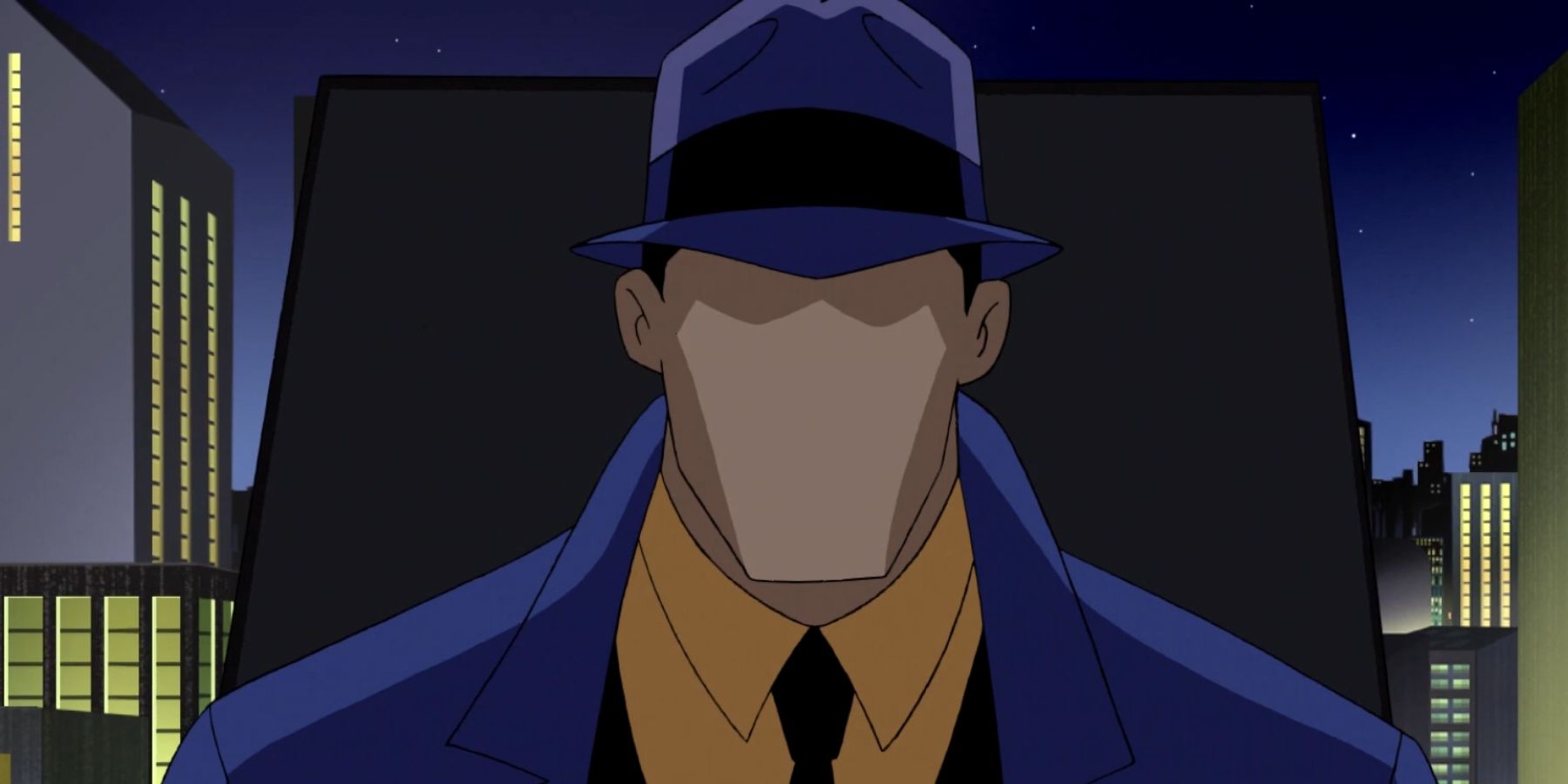 Justice League Unlimited (or JLU short) was an animated series that ran from 2004 to 2006 that essentially united every DC superhero under one banner and made them all members of the Justice League. A direct offshoot of justice league animated show, JLU existed in a long-running animated universe co-developed by Bruce Timm and Paul Dini, two of the lead showrunners of the hugely successful and influential Batman: The Animated Series.

While Batman (voiced by the late Kevin Conroy), Superman (voiced by George Newbern) and Wonder Woman (voiced by Susan Eisenberg) were signature headliners alongside Martian Manhunter, Aquaman and Green Lantern John Stewart, JLU gave their honor to many other heroes. One of these lesser-known DC heroes that was successfully transplanted from comics to television was The Question, originally created by Steve Ditko for Charlton Comics in 1967.

RELATED: The 10 best episodes of Justice League Unlimited, according to IMDb

Steve Ditko’s The Question is Weird and Proud of It

Voiced by Jeffrey Combs, this iteration of The Question brought equal amounts of humor and intrigue to the show. The Question is a powerless, masked detective, akin to the classic mysterious men from the Golden Age of comics (think the original Sandman or the Crimson Avenger). co-founder of The Creeper, Shade the Changing Man, Hawk and Dove, Captain Atom and the second Blue Beetle, Ted Kord). While not a top-notch character in terms of popularity, The Question has come a long way since debuting in Charlton Comics’ Blue Beetle. This longevity is in part the result of his various animated appearances, the last of which was titled released in 2021 DC Showcase: Blue Beetle.

Justice League Unlimited, the final series in the DC animated universe directed by Timm, went far beyond the heroes that general viewers and comic book fans knew and loved. reintroducing The Question as a compulsive, neurotic detective, JLU brought one of Ditko’s signature creations to a much larger audience than the character had previously been exposed to. Its inclusion in the League’s roster also allowed the writers to come up with some pretty unique stories. As a character-driven series, The Question inadvertently became an unpredictable ingredient (even a romantic bond with the Slayer) in an ever-evolving mix of characters.

The question is a unique DC superhero

In Season 1’s “Fearful Symmetry,” which highlights Supergirl’s conflict with her evil doppelganger, The Question is forced to team up with Green Arrow and Supergirl on an adventure that explores just how different their personalities are. The Question – a reclusive rubber shoe and paranoid “weirdo” avoided by many other heroes – is also one of the smartest people in the Watchtower, the Justice League’s space headquarters. “Fearful Symmetry” presents the three protagonists with a dangerous secret that – without the help of Question – could not have been solved. These three very different characters provide naturally developing humor and drama as the episode clearly establishes each character and their individual approaches to crime-fighting.

“Fearful Symmetry” also gave viewers a peek inside Question’s living quarters atop the Watchtower, a room completely covered with seemingly random news clippings, sticky notes, and various other paraphernalia. At one point, The Question descends into a monologue about Girl Scouts and their connection to a secret cabal that has run major global events for centuries. It’s obvious from the start that he’s a one-of-a-kind DC Superhero. But all quirks aside, JLU time and again showed the effectiveness, intelligence and ingenuity of this faceless hero.

While “Fearful Symmetry” was more or less a standalone story, season two’s “Question Authority” dealt with some of the show’s overarching storylines. Shaken by the secret knowledge of a parallel Earth – as well as the pressures of a Lex Luthor presidency – The Question comes perilously close to going insane. Essentially deciding to take a bullet for the Justice League, The Question breaks into LexCorp and tries with all his might to assassinate Luthor. In The Question’s view, the utter discrediting and destruction of Superman and the League can be averted if he sacrifices his freedom and eliminates Luthor. It’s a startling rise in drama and emotional weight, but it stays true to The Question’s ever-determined spirit and paints a clear picture of its selflessness.

Created by Ditko, The Question, like many DC heroes, has gone through various transformations over the years. However, his faceless mask, dogged quest for truth, and strong sense of right and wrong were retained as fundamental parts of the character. Aside from his special mask, he has no powers or special devices, but his personality and methods when placed next to it JLU’The other characters add a much-needed contrast to the series’ large-scale adventures. His blue trench coat and fedora – straight out of classic noir – helps ground him and, to some extent, his comrades’ stories too, underscoring that these heroes can actually be hurt and that their actions have consequences.