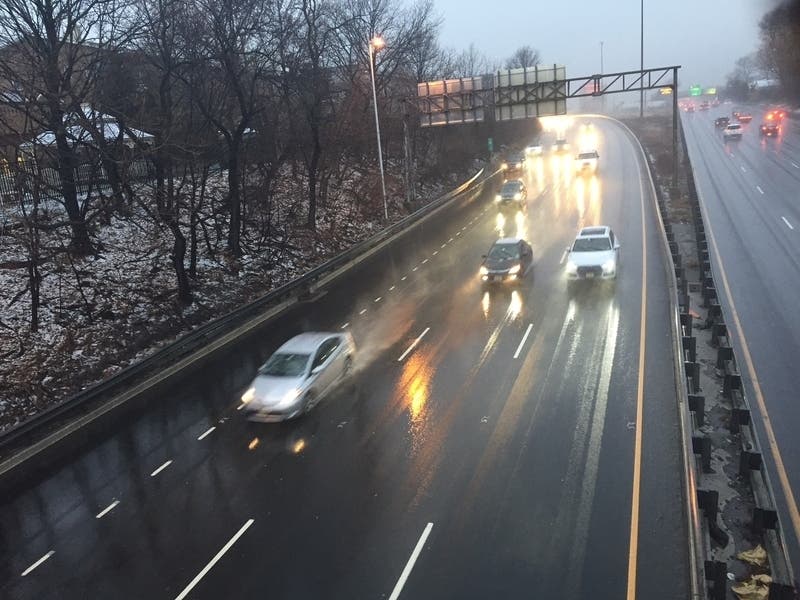 VIRGINIA — A string of clear nights and sunny days with highs in the 50s is on the horizon for the Northern Virginia/Washington, DC area, but rain threatens on Black Friday that forecasters say could disrupt weekend plans.

Sunny skies and highs in the mid to high 50s are expected Tuesday through Thanksgiving. But by the time shoppers head out in search of bargains on Friday, the rain will have set in to drench the state by Sunday.

“While the days leading up to Thanksgiving and the holiday itself are expected to feature largely dry conditions in the mid-Atlantic and Northeast, conditions can change quickly as holiday shoppers head out in search of deals on Friday,” said AccuWeather forecaster Brandon Buckingham .

Rain is expected to start around 8 a.m. Friday, the National Weather Service said.

Should the jet stream drive the storm, rain and thunderstorms would hit the East Coast on Friday and Friday night. That would bring drier weather and good travel conditions in Maryland in time for the weekend across much of the eastern US, AccuWeather said.

However, if the storm moves slowly, the mid-Atlantic forecast would herald rain on Saturday or even Sunday.

“Those who have travel plans by the end of the week should keep checking with AccuWeather for the latest information as of the time of the storm,” said AccuWeather Meteorologist Alex DaSilva.

Warm air is expected on the east coast, so precipitation should fall as rain in most areas.

Here is the full forecast for Northern Virginia/DC according to the National Weather Service:

Tuesday: Sunny, with a high near 53. Calm winds from the south at about 5 mph in the afternoon.

Tuesday night: Clear, with a low around 33. Light and variable wind.

Wednesday: Sunny, with an altitude of almost 57. Northwest winds 3 to 6 mph.

Wednesday night: Mostly clear with a low around 32. Calm.

Thanksgiving: Mostly sunny with a high near 55. Light winds blowing from the SE at about 5 mph in the afternoon.

Thursday night: Partly cloudy with a low around 39.

Friday: probability of rain. Mostly cloudy, with a maximum temperature near 55. Chance of precipitation is 50%.

Friday night: probability of rain. Partly cloudy, with lows around 40. Chance of precipitation is 30%.

Saturday: probability of rain. Partly sunny, with a high near 56. Chance of precipitation is 30%.

Saturday night: rain likely. Mostly cloudy, with a low around 44. There is a 60% chance of precipitation.

Sunday: probability of rain. Partly sunny, with a maximum temperature close to 60. Chance of precipitation is 40%.

Sunday night: Partly cloudy with a low around 42.

Monday: Mostly sunny, with a high near 52.