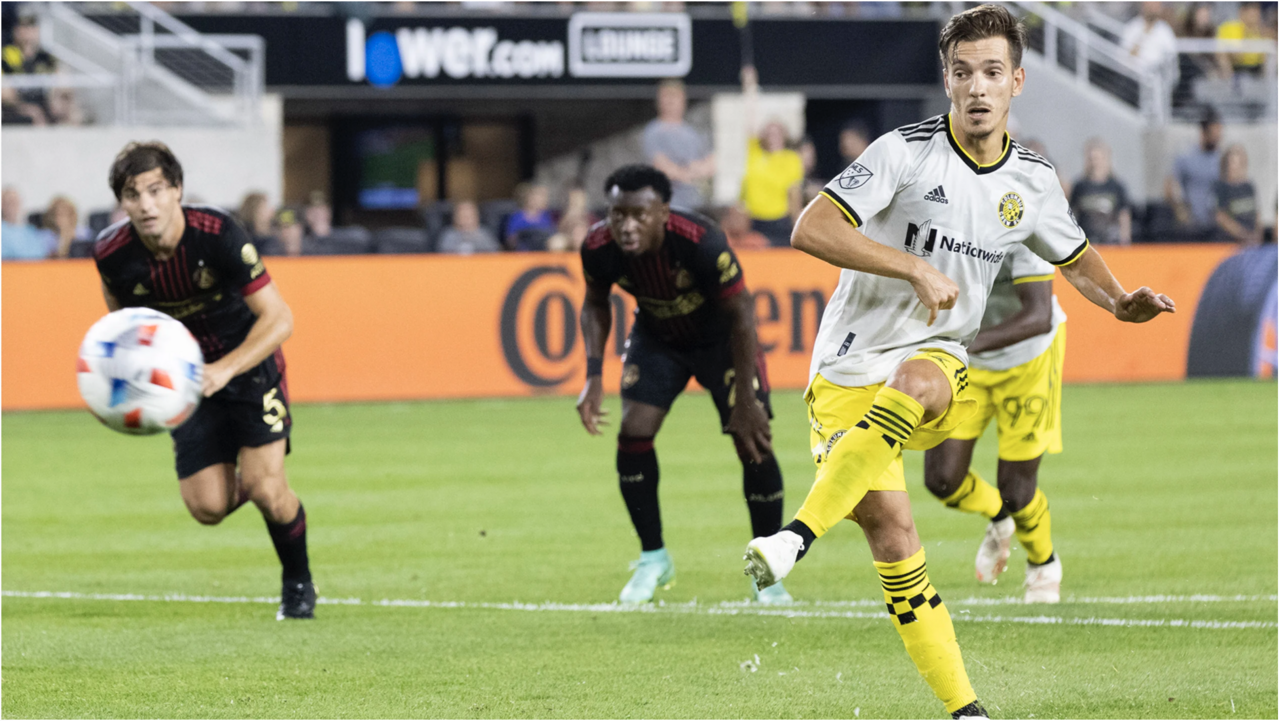 When you talk about the heart and soul of Columbus crew you think of Jonathan Mensah, Darlington Nagbe, and Pedro Santos. When those three were in sync, the crew was unstoppable. The 2022 season has come and gone and it has been tough for Pedro.

Santos spent six seasons with the crew and has now found a new home. After Columbus’ season ended, the crew decided not to re-sign Santos, making him a free agent. It didn’t take long for the winger, who had been converted to left-back, to find his new place of work. DC United have signed the former Crew midfielder to a two-year deal. With his signing to DC, he is reunited with another former Crew teammate, Miguel Berry.

During his tenure at Columbus, Santos had 25 goals and 34 assists. He was part of the 2020 MLS Cup team and the 2021 team Campeones Cup winning team. Santos played key roles in both championship teams. Known for his courage and work ethic on the field, Pedro is also known for playing a role in the Columbus community. Whether taking time off to visit children at Nationwide Children’s Hospital or attending events at local schools, Pedro was known for supporting youth.

The 2022 season wasn’t a great one for Santos. He struggled with multiple injuries last season but still found a way to contribute to the crew.

DC United would like to capitalize on Santos’ skills as he brings a wealth of experience to a team undergoing a complete rebuild. After firing their head coach mid-season, they hired a former Manchester United Player and soccer star Wayne Rooney as head coach. What makes this signing positive for United is Santos’ game and work ethic.

Wayne Rooney was known for being a brave player and hard worker and that’s what Santos brings to United. There are many positives to Pedro’s commitment to the game. Determination, game after every whistle, ability to make plays and split defenses, and ability to be versatile set him apart.

The Crew are now on the lookout for a new left-back but could see Will Sands take on a bigger role once the 2023 season kicks off. However, it will all depend Columbus crew‘s next head coach, which is still a work in progress.

With the off-season in full swing, Crew fans are looking forward to welcoming back Pedro Santos to a hearty ovation when DC United travel to Lower.com Field next season.