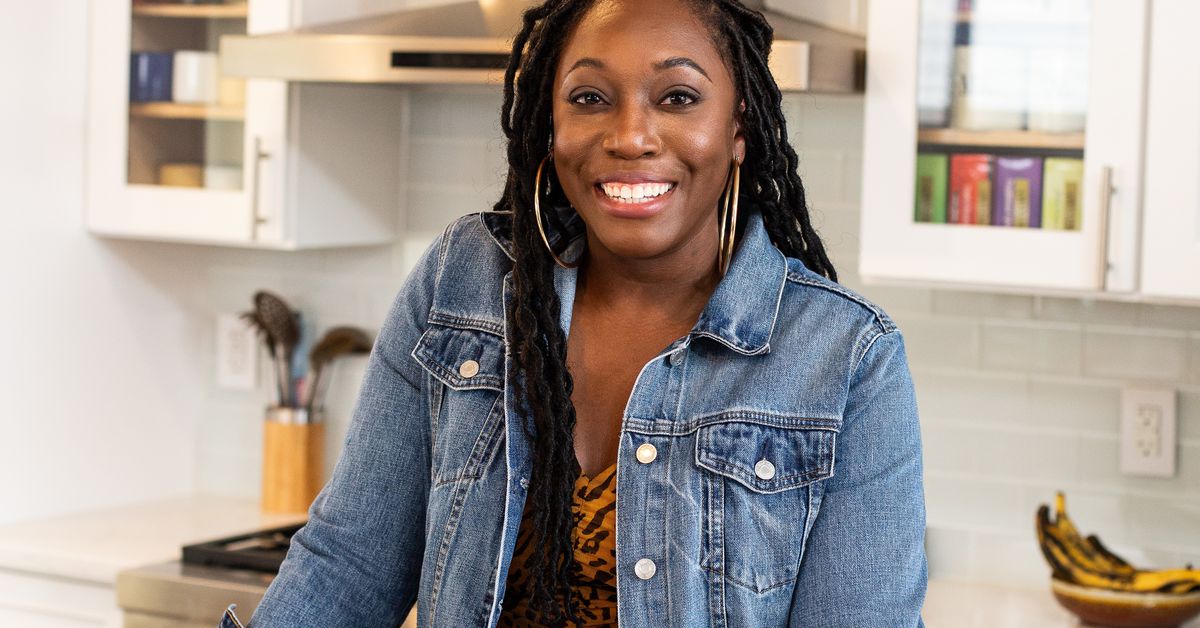 Itinerant West African company Hedzole will have its first dedicated address in the new year.

Owner/chef Candice Mensah recently secured a 667 square foot lease in DC (5505 Colorado Avenue NW). Look for a late January opening in the small space that used to be Social Kitchen.

The daughter of Ghanaian immigrants, Mensah was born in DC and raised in Alexandria, Virginia. With the support of family and friends, she debuted Hedzole in 2019 and quickly garnered a loyal following at farmers markets across Northern Virginia and DC Hedzole also hosted a month-long pop-up at Tysons Galleria earlier this year and finished its run at FreshFarm in Fairfax’s Mosaic District last week.

Among the longtime favorites making their way to DC is their take on braised oxtail over Ghanaian waakye and peanut soup. The flavorful and balanced bowl features bouncing balls of steamed fufu for a nice textural contrast. She makes Ghana’s doughy starch from mashed cassava and plantains.

She originally looked for permanent digs in northern Virginia, but she says the DC opportunity was too good to pass up. The 12-seat space is relatively turnkey apart from a few trim and design upgrades. In spring, the setup will be significantly expanded with the addition of a 20-seat patio out front. Mensah calls her fast-casual menu a create-your-meal approach to Ghanaian food with influences from the wider African diaspora.

“A lot of people get caught up in the word ‘authentic’ because there can only be one direction. That was a barrier to West African food not being as well known locally or nationally,” she says.

She credits several restaurants in the area with putting the cuisine on guests’ radars in recent years. These include Spice Kitchen West African Grill in Brentwood, new Eko House in Rockville and Shaw’s must-have Ghanaian mainstay, Appioo.

“I would like to make the menu more comprehensive in the sense of a pan-African orientation. People familiar with Caribbean cuisine see connections to West Africa,” says Mensah, whose parents immigrated to the United States from Accra, Ghana.

Her DC farmers market menu is expected to grow with additions like goat curry and okra stews. For drinks, she plans to showcase South African wines and black labels in US takeout, and factory delivery will be available.

“I can imagine that people don’t want to come out in January,” she says.