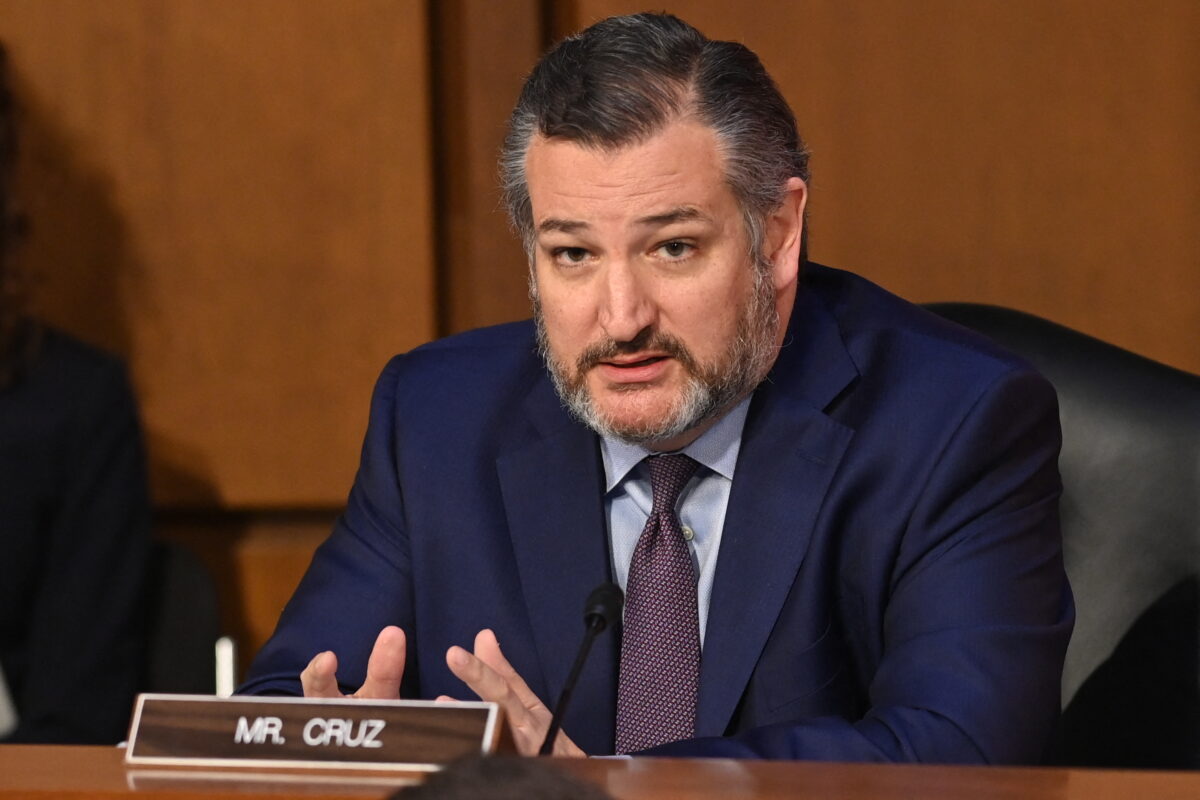 Senator Ted Cruz (R-Texas) introduced a bill that would prevent the District of Columbia Council from using federal funds to allow noncitizens, including illegal immigrants, to vote in local elections (pdf).

“Voting is a special right and privilege enjoyed by American citizens in the United States. It is a responsibility not to be treated lightly and it must be protected,” Cruz wrote on Twitter. “Voters decide not only who will lead our country, cities and towns, but also how our tax dollars should be spent and what policies we should pursue.”

Cruz went on to say that allowing non-citizens and illegal immigrants to vote in US elections “opens our country to foreign influence and allows those who openly violate US law or even work for hostile foreign governments to exploit our resources against our will and to steer .”

On October 4, the district council voted 12-1 to approve a bill that would allow non-citizens who have lived in the district for at least 30 days to vote in municipal elections. The bill has been sent to Democratic Mayor Muriel Bowser for approval. If the mayor approves the bill, it must go to Congress for 30 days of review before it can become law under the DC Home Rule Act.

Bowser’s office did not respond to The Epoch Times’ request for comment.

Council members argued that all residents should be allowed to vote in municipal elections, regardless of their citizenship status.

“Our immigrant neighbors of all statuses participate, contribute and care about our community and our city. They, like all DC residents, deserve a say in their government,” Councilman Charles Allen, a Democrat, said during an Oct. 4 council meeting.

“They raise families here, contribute to their communities, run businesses that people depend on, and pay taxes that we decide how to use,” Allen said. “Yet they have no opportunity to elect local leaders who make decisions about their bodies, their businesses and their tax dollars.”

Concerns about the short stay rule

Democratic Councilor Mary Cheh, who disagreed, said she opposed the vote not based on a resident’s citizenship status but on the length of a resident’s permit, stating that it should be longer than 30 days.

“Could someone who took the bus from Texas or got on the bus from Texas or wherever and got off at the Vice President’s mansion and then lived in the District of Columbia for 30 days and was 18 years old – could this one person then vote in our local elections? The answer is yes,” Cheh said.

“The concern here is not at all about whether the person is a citizen. The concern is not at all about their immigration status, whether legal or illegal. It’s about whether someone who’s a total stranger to our community, to our nation, who happened to be sent here on a bus from Texas and managed to stay there for 30 days, can actually vote in our elections,” she said. “The issue at this point is whether there should be a little more than 30 days.”

Cruz’s office did not respond to a request for comment.

Jana is an award-winning investigative journalist. She lives in Texas with her husband and enjoys spending time with their children and grandchildren.