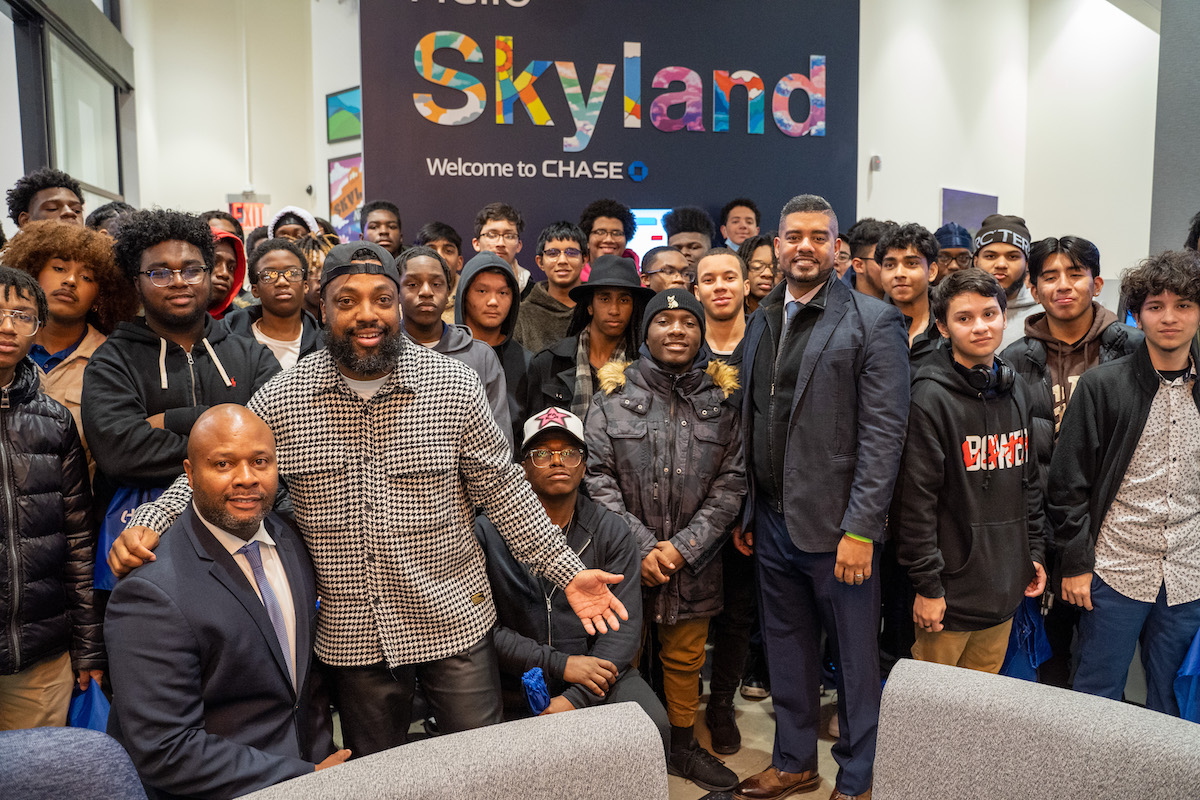 In recent months, hundreds of black male students from across the district have received mentoring and enrichment as part of a collaborative effort DC Public Schools (DCPS) have entered into with a nationally renowned program.

Through their participation in the Becoming a Man (BAM) program, these students have forged strong bonds while learning principles of masculinity from positive male personalities associated with JPMorgan Chase.

In the meantime, these young men continue to explore college and career opportunities and gain a deeper understanding of what it takes to achieve their goals.

“We’ve matured. I have seen changes in my colleagues. You have better etiquette. They even stopped swearing,” said Joel Brown, a sophomore at Ron Brown College Preparatory High School in the Northeast.

Joel, a shooting guard and power forward for Ron Brown’s basketball team, dreams of joining the NBA. He said he joined BAM to have fun and be with his friends in a positive environment.

When he’s not on the pitch honing his ball-handling skills, Joel and nine other youngsters who have formed a BAM cohort gather trivia from an adult who visits them almost every day and reviews activities their needs and interests.

Since joining the program, Joel said helping his friends turn down distractions that keep them away from court and their academic commitments has given him even more encouragement.

“Not every young person has someone to rely on,” Joel said.

“A lot of young people have become single parents. When they feel like they have someone with them, they would know that they are their brother’s keeper and we are in it together.”

A total of 226 black male DCPS students are enrolled at BAM. Next year, BAM will hire 130 first-year students. Participation is expected to reach over 400 within four years, when BAM expands to other public schools in the district.

On Friday night, Joel and other DCPS enrolled students at BAM — Joshua Hammond and Allan Alston — visited the JP Morgan Chase Innovative Branch at Skyland Town Center in the Southeast. The trio, all sophomores, bonded with older BAM students from New York City who were visiting DC for a college tour.

For more than an hour, Harrison reflected on his upbringing in the nation’s capital and how he launched fashion brand TheMuseumDC. As he shared his story, Harrison offered advice to the more than 60 young New Yorkers and Washingtonians on networking, making difficult decisions, and expanding one’s knowledge.

These lessons were similar to those that BAM participants in DC received from their JP Morgan Chase mentors.

Joshua praised his mentor for filling a void in his life at a time when he’s hitting puberty. Ever since he came to BAM, Johsua has wanted to make his mother proud and eventually have enough money to help his community.

“I joined this program to take my mind off negativity and get off the road,” said Joshua, a sophomore at HDWoodson who plays guard and defensive tackle on the school’s soccer team.

“I will spend my last two years [in high school] I’m still training, playing soccer and getting my grades,” Joshua said. “Students should join Becoming a Man because once you get into that circle, there’s a different vibe. You will get support from everyone around you.”

Always aware of the hurdles faced by black teenagers in the district, Allan shared how he learned what he described as an important lesson about his legal rights from an attorney he met while attending BAM .

He said this experience served as one of many reminders of the responsibility that comes with entering manhood.

Even while enjoying free meals and tours around the district with his fellow BAM participants, Allan said he has price in mind.

“I see myself going to college,” said Allan, a sophomore at HD Woodson who is a big safety and running back on the football team.

“There are a lot of distractions and young people who don’t have the right mind. You have to be careful. I shouldn’t be something I’m not.”