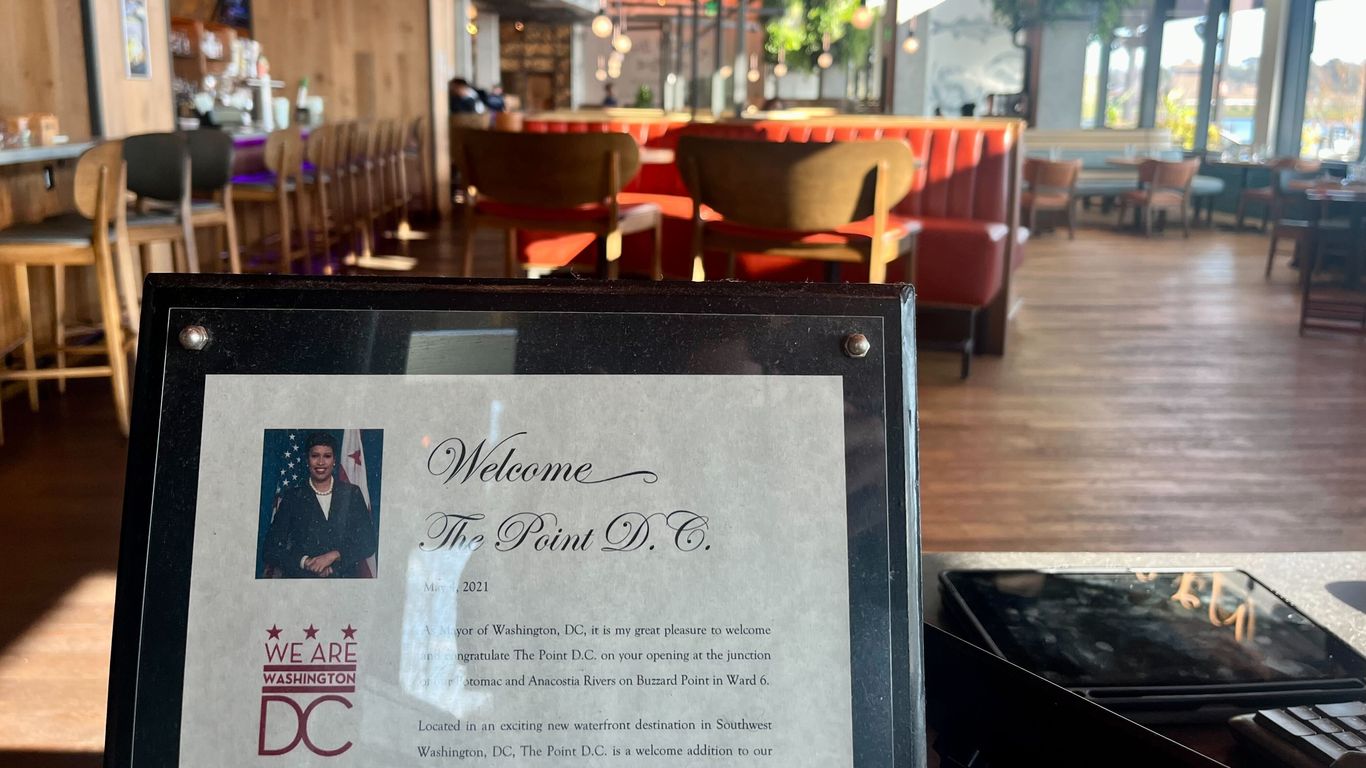 Call it the Cafe Milano of the local DC political world.

What I hear: The White House secretaries and Georgetown glam set have made Cafe Milano the powerhouse of official Washington. But in this city of social bubbles, if you’re looking for the see-and-seen haunt of local DC, head to the banks of the Anacostia River to visit The Point.

The Point’s owner, Greg Casten, is well known in the area. He’s part of the Fish & Fire Food Group, which owns Tony & Joe’s on the Georgetown waterfront and the Ivy City Smokehouse.

When he’s not overseeing the city’s economic development, Deputy Mayor John Falcicchio indulges in warm crab fritters. Here he broke the ice with councilman Robert White, shortly after his bloody mayoral challenge against Bowser, at an event for DC Central Kitchen also attended by José Andrés.

The big picture: Over the decades, the now-closed Boss Shepherd’s near the Wilson Building was a popular DC hangout. There’s also the Players Lounge, this soul food landmark in Ward 8, where guests included the late former Mayor Marion Barry.

The shovel: Last Friday, between bites of Margherita pizza, Casten told me he wants to build a deck 160 feet down the Anacostia River. Patrons could dine over the water and even dock their boats.

The bottom line: Former DC First Lady Cora Masters Barry, a frequent regular who was married to Mayor Barry, says The Point is “a lot simpler and more relaxed” than stuffy pubs around town.

💬 OK, these crab donut things were good! Town Talker is a weekly column about local politics and power. Write me a message about the talk of the town: [email protected]