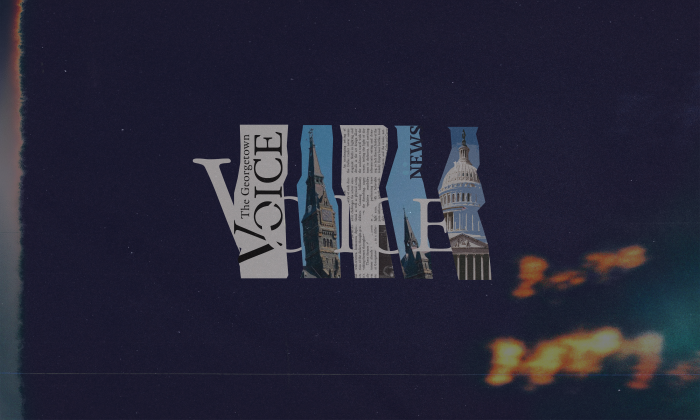 The Silver Line is expected to run about every 15 minutes and there are plans to bring this down to 12 minutes by December 27, according to a memo published by the Washington Metropolitan Area Transit Authority (WMATA) on November 3rd.

According to WMATA, it’s a direct 45-minute ride from the Rosslyn metro station to the Washington Dulles International Airport metro station. In addition to the new Dulles Station, the extension has five more stops and terminates in Ashburn, Virginia.

Dulles isn’t the only option for international travel, but the alternatives can be inconvenient. Baltimore-Washington International Airport (BWI) is the second closest international airport to Georgetown.

According to Esmeralda Vazquez (COL ’24), getting to BWI can be difficult. “It was awful,” she said, citing multiple delays that meant she arrived just 40 minutes before her flight’s boarding time.

Vazquez shared that her ride to BHI via Uber, Union Station Metro and Amtrak cost about $135 for the ride to the airport and back to the university.

Prior to the new expansion, the best public transportation route from campus to Dulles was the 5A bus from the Rosslyn subway station, to which the Georgetown University Transportation Shuttle runs weekday buses.

However, the 5A bus only stopped at both ends at 1-hour intervals, plus it had to contend with traffic, limited bus space, and the $7.50 one-way fare. The continued existence of the 5A bus is currently uncertain, but the WMATA plans reassess nighttime demand for it following the opening of the Silver Line.

Before realizing the expansion, Kevin Liu (COL ’26), an international student, said he would prefer to take an Uber or a cab to get to Dulles. “Definitely getting in an Uber and saying, ‘I’m going to Dulles,’ that’s definitely the easiest thing to remember,” he said.

Uber listed a ride on November 7th from Georgetown University to Dulles at 12:00pm as $45.89. DC Inc.’s Yellow Cab Company fared even worse, listing $80.46 for the same ride prepaid. Both estimates did not include a tip for driving half an hour (or more) and were not influenced by holiday travel charges.

Liu quickly changed his mind when he learned the cost of expanding the Silver Line from $2 to $6. “If I know there’s a cheaper way, over [GUTS] Bus, I would definitely look for the way up,” he said.

However, the extension of the Silver Line will not only benefit those who come to Dulles. For students residing in the DMV area, the expansion is a convenient way to go home more often.

Ishan Filey (SFS ’25), who lives a short drive from the new Metro expansion, shared that the expansion has saved his parents about an hour’s round-trip commute when they take him home.

Georgetown University said in an email announcement Nov. 17 that there will be shuttles direct to Dulles and Reagan airports on Nov. 22 and 23. Return trips from both locations will operate on November 27th. The Georgetown Office of Transportation Management will also likely continue their trend of offering shuttles directly to Dulles International Airport in the closing days of the semester.

“We continue to explore new ways to connect our campus community to the city through free or low-cost transportation,” a university spokesman said of the expansion. “We regularly monitor changes to the area’s public transportation infrastructure to best serve the needs of the Georgetown community.”