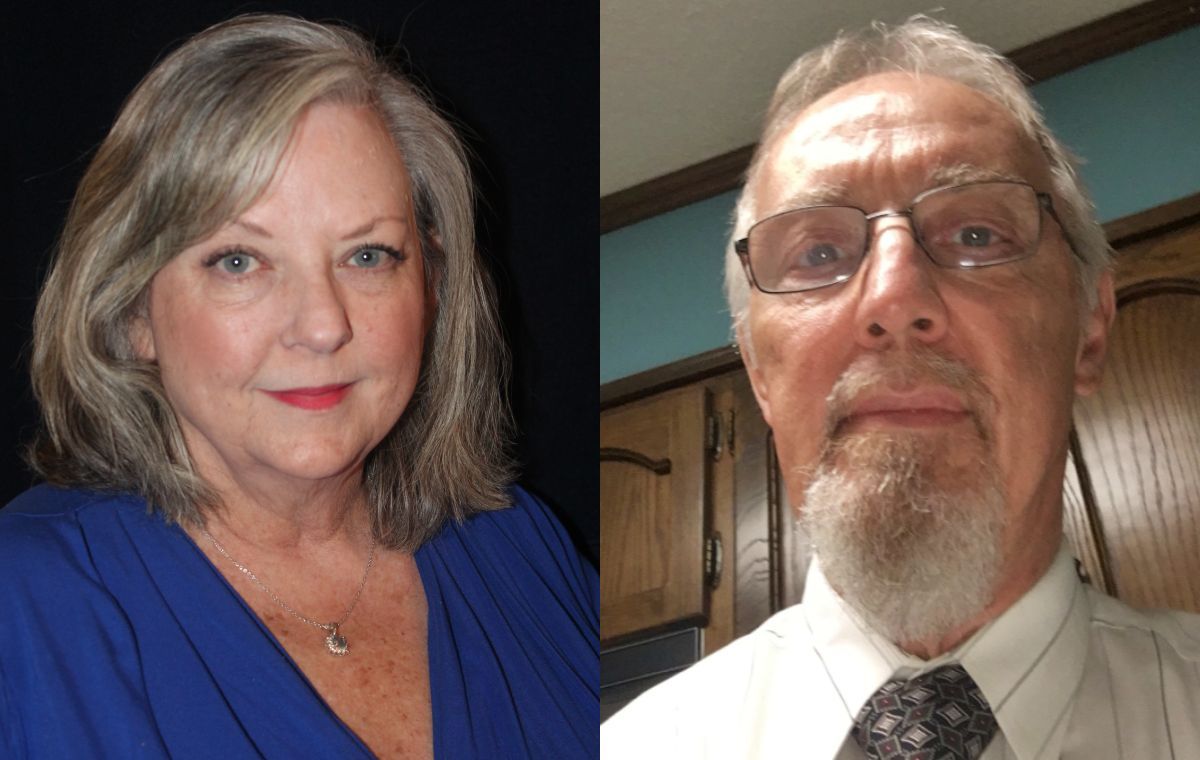 The duo will be inducted into the Louisiana Sports Hall of Fame on July 29, LSWA President Raymond Partsch III and Hall of Fame Chairman Doug Ireland announced Wednesday.

Brown, whose journalism career spanned nearly 50 years, is an acclaimed author whose 20 years as sports editor of the Lafayette Daily Advertiser resulted in the newspaper earning well over 100 LSWA awards while the industry and the advertiser were undergoing radical changes .

A native of Houma, Lyons rose through the ranks from being a Sports Agate employee to winning two-time LSWA Prep Writer of the Year awards and becoming the second-ever president of the state sports writers’ association.

Both have authored books and branched out into other aspects of journalism, with Brown contributing to online publications and being a regular panelist on an award-winning sports talk show, and Lyons also dabbling in broadcasting and continuing to serve as a correspondent for various publications that now teaches Appeal to high school students.

The DSA honor, set to be made official in Natchitoches next summer, means Brown and Lyons will be part of a 12-man elite class of 2023 inducted into the Louisiana Sports Hall of Fame. They were selected from a pool of 29 outstanding nominees for the country’s highest sports journalism award.

Recipients of the Distinguished Service Award in Sports Journalism are selected by the 40-member Louisiana Sports Hall of Fame selection committee based on the nominees’ professional accomplishments in local, state, regional, and even national circles, with leadership in the LSWA as a beneficial factor and three decades of professional experience as a prerequisite.

The 2023 recruits will be displayed at the Louisiana Sports Hall of Fame Museum operated by the Louisiana State Museum system in partnership with the Louisiana Sports Writers Association. Located on Cane River Lake in Natchitoches’ National Historic Landmark District, the stunning $23 million, two-story, 27,500-square-foot building has garnered worldwide architectural acclaim and rave reviews since opening during the 2013 Hall of Fame Inductee Weekend get its contents.

“Lori Lyons and Bruce Brown are the epitome of ‘service’ when it comes to sports journalism in Louisiana,” said Partsch, the LSWA President. “Yes, one could easily enumerate the wealth of award-winning work Lori was responsible for during her time at The Times-Picayune. But what strikes me is what she’s been doing behind the scenes for the Louisiana Sports Writers Association. Bruce was one of the most respected writers in our state, but what strikes me most are the journalists he mentored and developed at The Daily Advertiser.

“We are extremely fortunate to have both Lori and Bruce helping tell Louisiana’s storied sports story. I can’t think of a better way to honor her and her tireless work over the years than inducting her into the Louisiana Sports Hall of Fame.”

Brown was on the Lafayette Daily Advertiser’s sports team for 21 years and served on the Advertiser’s editorial team for a total of 37 years. For most of that time – 20 years – he has been a sports editor, helping to guide the advertiser through radical changes in both that newspaper and the industry.

During that time, Advertiser’s sports division won more than 100 LSWA awards for writing, layout and photography, as well as numerous honors from the Louisiana Press Association. The advertiser also won a coveted national Best of Gannett award in 2005 for its coverage of Lafayette’s team in the Little League World Series.

Brown began his career as a part-timer in January 1975, covering as his first assignment a rehearsal basketball game between Pecan Island and Meaux. He joined the Advertiser staff full-time in August 1975 under then-editor-in-chief Bob Tompkins, and a year later assumed the position of sports editor, a position he held for two decades. He left that position in 1995 to focus on writing, covering prep, collegiate and professional sports, as well as the military, faith and values, and nonprofits for the advertiser. He returned to sports reporting full-time in 2011 before retiring in 2012.

In 1980, Brown wrote “Prides of Acadiana,” a book about prominent figures in UL sports, including Hall of Famer Walter Imahara (a 2023 colleague), Ron Guidry, Bo Lamar, Harold Porter and Chris Cagle. He served two years as vice president of LSWA and an additional two years as secretary, and has served on the Hall of Fame selection committee for two decades. In retirement, he was a freelance writer for the UL Athletic Network, Quick Slants and Tiger Rag magazines, the Crowley Post-Signal and the Abbeville Meridional, and still writes articles for the Baton Rouge/Acadiana Advocate and the UL Athletic Network.

Lyons began her newspaper career as an associate social editor at the Houma Courier while she was still in high school. She was a contributor to The Mirror at Terrebonne High School and later The Maroon while studying English and journalism at Loyola University in New Orleans. She began as a sports agate clerk at The Times-Picayune in 1986 and rose to become President of the LSWA (the second woman in that role) with an impressive collection of writing awards.

At a time when female sportswriters were uncommon in Louisiana, she climbed a steep hill and became a high school reporter for the TP’s River Parishes Bureau in 1991, where she remained until 2012, becoming sports editor at L’Observateur in LaPlace and winning a Louisiana author award Press Association and an award for the best photo. After leaving L’Observateur in 2017, she continued to freelance for several outlets.

She served as President of LSWA from 2012 to 2014 and helped oversee the opening of the Louisiana Sports Hall of Fame and the Northwest Louisiana History Museum in Natchitoches. Lyons created, launched and continues to maintain the LSWA’s website (lswa.info) and Facebook page.

She is a longtime member of the LSHOF selection committee and was a 25-year selector for the Allstate Sugar Bowl Greater New Orleans Sports Hall of Fame.

As an occasional mom blogger, Lyons has also authored Adoption in America: The Diary of a Mom-in-Waiting, an account of her and her husband Marty Luquet’s quest to adopt a baby. Her daughter is now a senior at Northwestern State University and editor of The Current Sauce, the century-old student newspaper.

The 2023 launch ceremony begins on Thursday, July 27 with a press conference and reception. The three day celebrations will include two receptions, a youth sports clinic, a bowling party and a Friday night concert on the riverfront in Natchitoches. Tickets for the induction ceremony on Saturday night, July 29, along with congratulatory promotions and sponsorship opportunities, are available through the LaSportsHall.com website.

Anyone can receive quarterly emails about the 2023 Induction Ceremony and other Hall of Fame news by subscribing to the LaSportsHall.com website.

The induction ceremony weekend is hosted by the Louisiana Sports Hall of Fame Foundation, the support organization for the Hall of Fame. The LSHOF Foundation was established in 1975 as a 501 c 3 not-for-profit organization and is governed by a statewide Board of Directors. For information on sponsorship opportunities, contact Foundation President/CEO Ronnie Rantz at 225-802-6040 or [email protected] Standard and custom sponsorships are available.