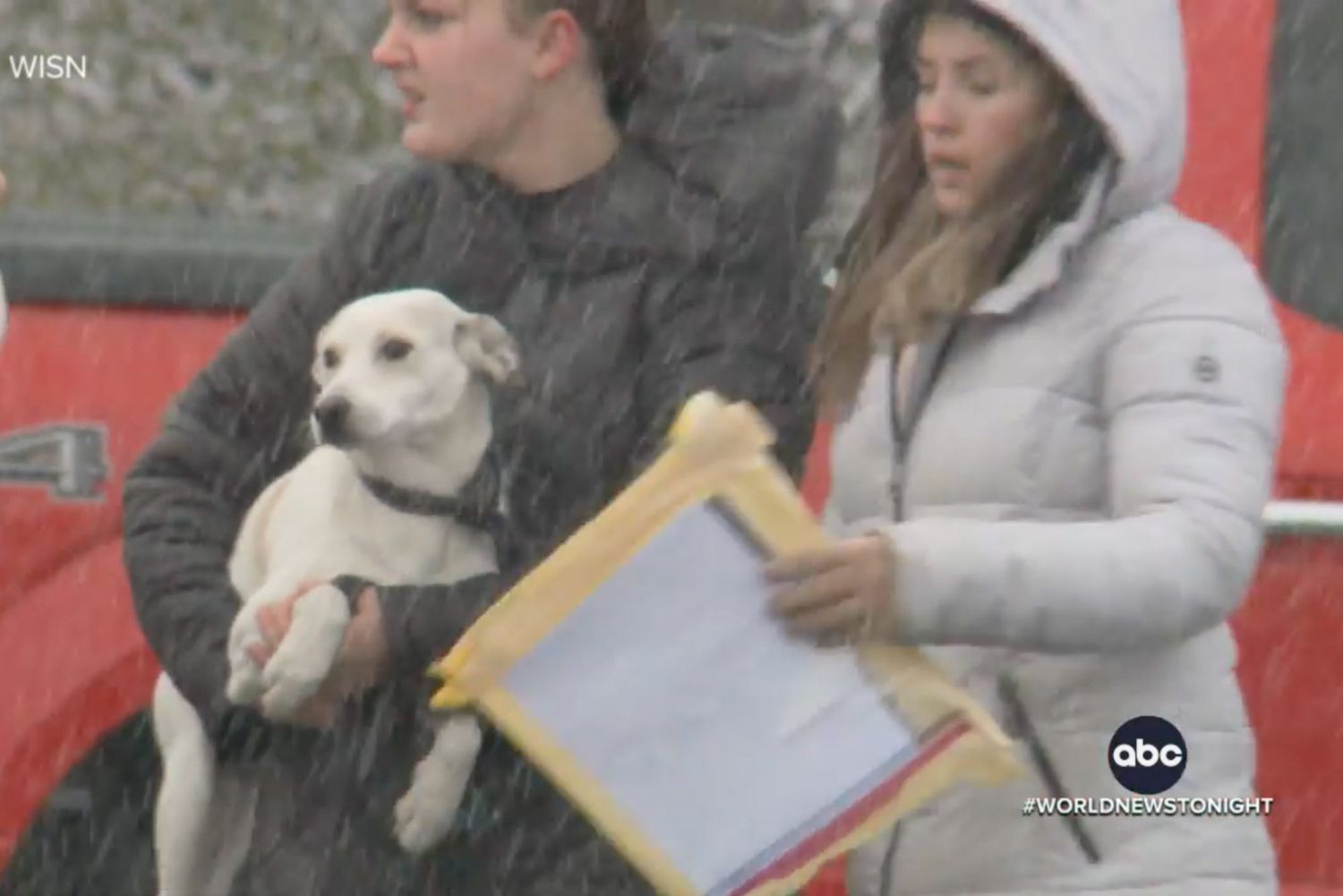 First responders who rescued 53 dogs from a plane crash in Wisconsin last week have welcomed the dogs into their homes.

On Tuesday, a large twin-engine plane from Louisiana transporting the dogs to animal shelters in southeastern Wisconsin ran into trouble, causing the plane to crash at a golf course at Western Lakes Golf Club in Pewaukee, multiple outlets reported.

All human and animal passengers survived the crash, ABC News reported. Three people on board suffered non-life-threatening injuries and were taken to a nearby hospital, and some of the dogs suffered minor injuries including bumps and scrapes, according to authorities.

Days later, officers responding to the incident volunteered to adopt the dogs.

“When I found out everyone was fine, my first thought was that one of them would come home with me. So that’s my little lucky,” Elle Steitzer, a firefighter and paramedic with the Lake Country Fire Rescue, told WISN while holding her newly adopted pup.

Don’t miss a story – subscribe The free daily newsletter from PEOPLE to keep up to date with the best that PEOPLE has to offer, from juicy celebrity news to compelling human-interest stories.

Steitzer adopted the dog Friday along with two of her other colleagues from the Lake Country Fire Rescue.

While showing off her new canine companion, Amber Christian, a firefighter and paramedic for the department, told WISN that her new dog, Artemis, “just fell out of the sky in front of me, so here he is.”

Deputy Chief of Police Tony Wasielewski said his newly adopted dog, Marley, jumped into his arms as he arrived at the scene of the accident. Charmed by the gesture, the officer searched for Marley the next day at the Humane Animal Welfare Society of Waukesha County, who protected 21 of the dogs from the crash, according to ABC News.

Speaking to WISN, Wasielewski said, “When they let her through the door, she walked past my wife, ran to me, sort of jumped into my arms, gave me kisses. I started to cry a little bit and said, ‘Oh boy, I guess we have a dog.'”

RELATED: Camera catches a clever golden retriever opening the door for a firefighter locked out of the office

After the crash, the dogs were transported to animal shelters in the counties of Wisconsin. According to ABC News, the Elmbrook Humane Society, which took in 11 of the dogs, said the organization received “quite a lot” of calls from first responders inquiring about the animals.

“We don’t typically let people adopt until we have them on our website because we want to give everyone as fair a chance as possible,” said Stephanie Deswarte, front desk manager at Elmbrook. “But since they were obviously right in the thick of it and did such an amazing job trying to help through the whole crazy situation, we kind of gave all first responders first responders to adopt before they went on the site.” ”

Deswarte said three puppies — Charlie Brown, Linus and Sally — were also adopted by others involved in the rescue mission, including a golf course worker and two other first responders.

At a news conference Tuesday, Matthew Haerter, deputy chief of the Lake Country Fire and Rescue, praised the pilot involved in the crash, telling reporters, “This was a relatively catastrophic landing,” according to the Washington Post.

According to the outlet, the cause of the crash is still unclear and the case is currently under investigation by the Federal Aviation Administration and the National Transportation Safety Board.