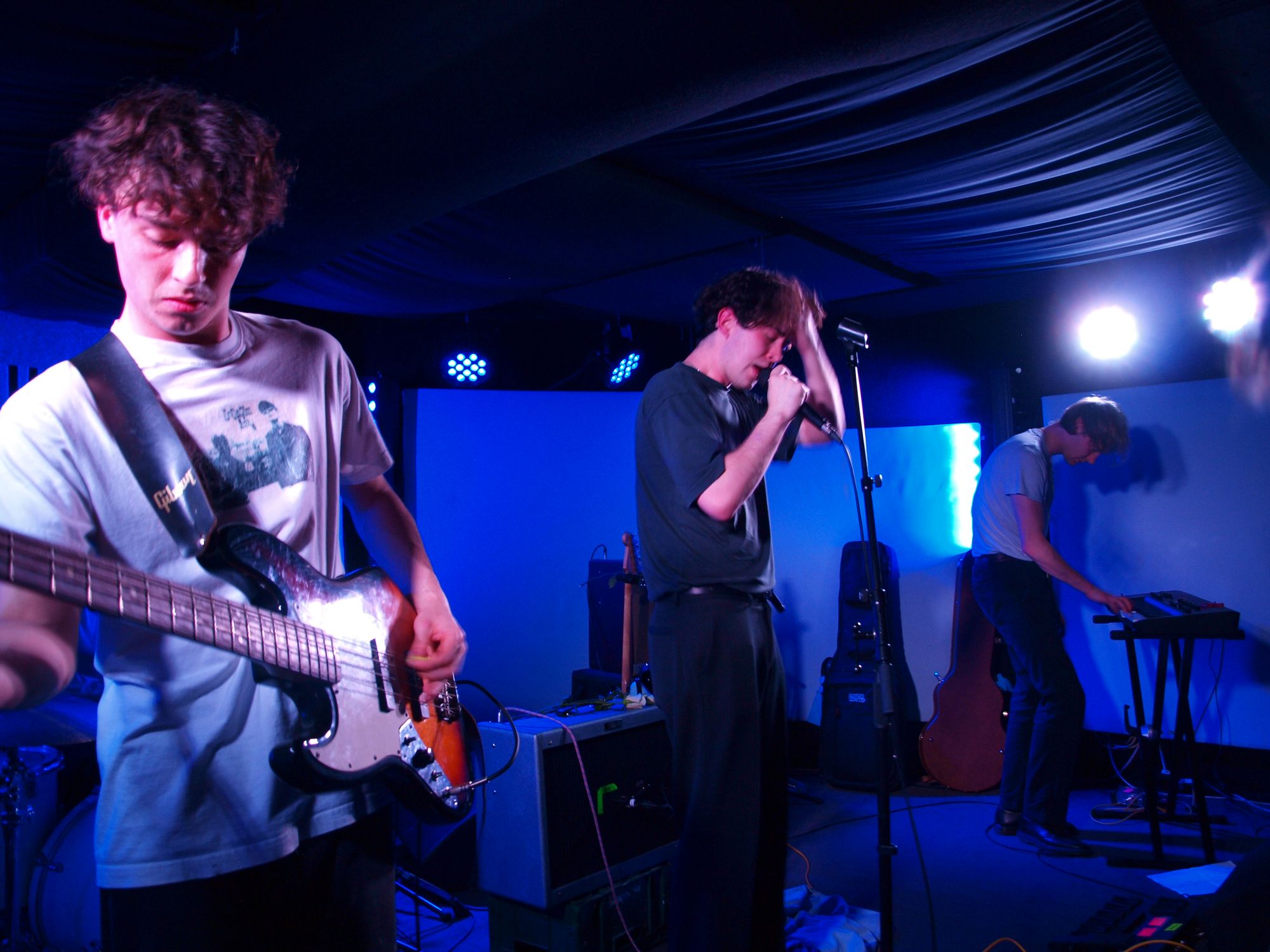 After chatting with the band over a pint of Guinness in the small but cozy Green Room in Louisiana before the gig (full interview here), I was fascinated to see how modern love works. would transmit their heavily produced, synthic sound in a live environment.

Tucked away in the far corners of the internet, I had no idea what David OFMG would sound like on his set.

Drogheda, OFMG hails from the same town as modernlove., originally produced electronic music but has since removed it from his SoundCloud to rebrand to his new emo sound. Chatting at the bar before the gig, OFMG explained how he was touring with the band selling merch but was called up as a support act in NEEVE’s absence due to their lead singer falling ill. This last minute set didn’t seem to bother him at all, he recalled with me how his aunt had lived on Gloucester Road and how glad he was that his very first gig in the UK was at the Louisiana in Bristol.

Taking to the stage with low sung and mumbled vocals laced with warm, reverb washed guitar, David OFMG captivated audiences with his mesmerizing originals. OFMG had an incredibly friendly presence on stage, joking with his audience between songs and lightheartedly apologizing for not being the intended support act. The standout song Note to Myself was co-written with Modernlove. And was performed with true passion by the Irish singer-songwriter, who embellished his vocals with a King Krule-esque guitar topped with a single flower that had been thrown on stage during his set, to widespread applause and smiles by OFMG. I would recommend keeping an eye out for this guy’s debut because it could just be a killer.

modern love. Stormed onto the stage amidst roaring screams from crowded Louisiana and delivered what they promised with their latest releases: driving runs, pop vocals, catchy bass lines, all wrapped up in a sickeningly tight live set.

With their synthesizers in the background of the mix, the poppy sound of modernlove gave way. a shoegaze feel, with sparkling drums delivering hard-hitting drops. The band gave their true indie sound with songs like “Don’t Wanna” and “Follow You,” which showed the band a Bombay Bicycle Club side I hadn’t considered listening to their recorded tracks.

The band was an incredibly tight unit, with Danny on bass and left-handed keyboards, Cian on drums, Graham holding things together on guitar, and Barry pouring his heart into the mic, his vocals ranging from broken and gritty until smooth, poppy seed croons. The band’s energetic stage dynamics successfully brought the dynamics of a huge stage into the small space of Louisiana, matching the Louisiana’s nose to the guitar feel. The whole crowd moved to the tunes and even got on the floor to jump on their closing track.

So if you’re looking to enjoy a night of indulgent shoegaze indie teen tunes, be prepared to scream out loud, jump up and let go as you catch modern love. live on tour.

Have you been to Louisiana?