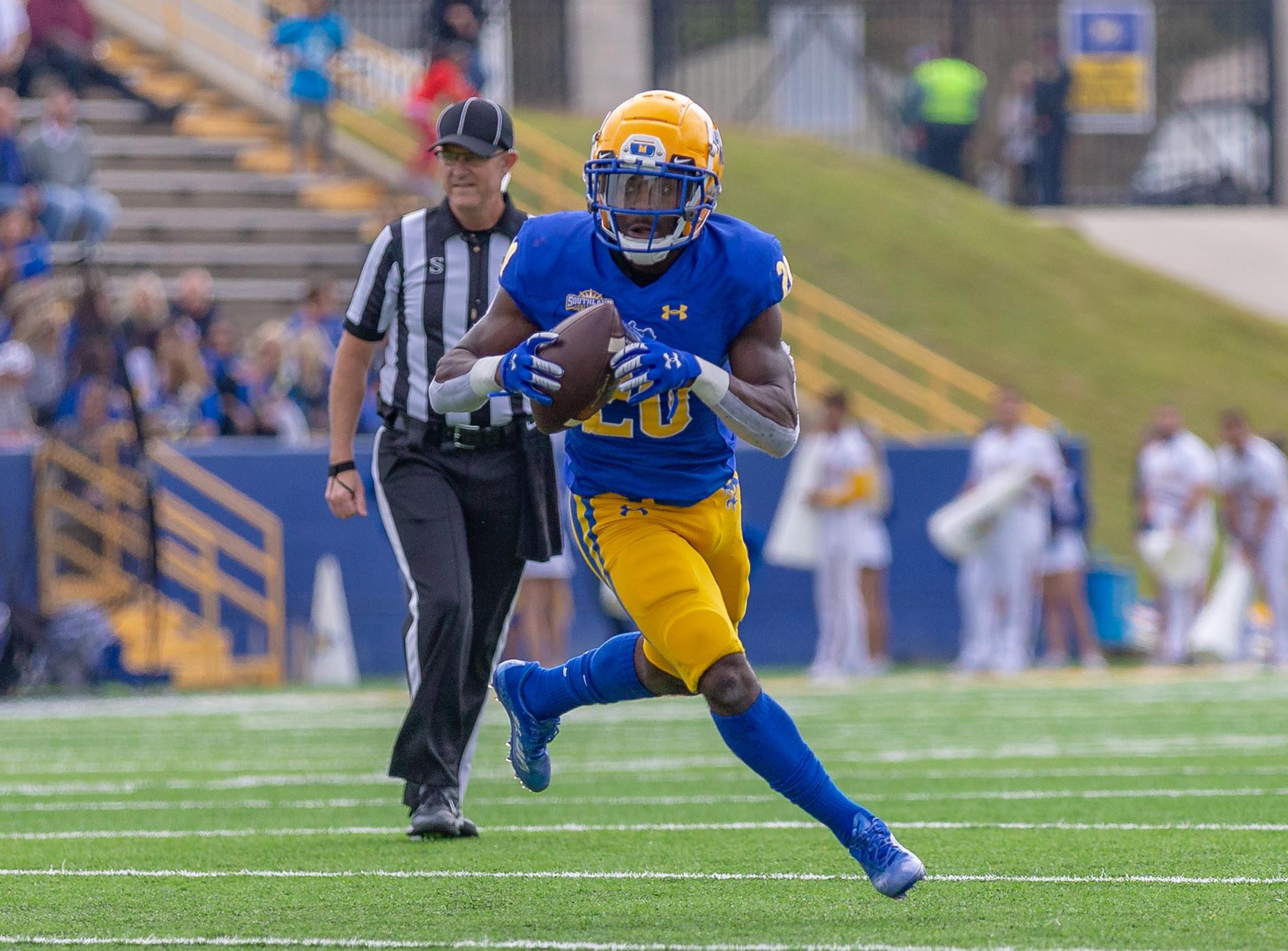 McMahon rushed for 1,408 yards for the season at an average of 128.0 per game, ranking fifth in the FCS. He was the first cowboy to win the SLC Rushing title since 2008 (Toddrick Pendland) and the first to win the all-purpose title since 2013 (Diontae Spencer).

He is the sixth McNeese selection to be named the league’s Offensive Player of the Year in school history, and the first since Cody Stroud in 2013.

Barkat played an important role in McMahon’s success and the Cowboys’ running game, which led the conference at 200.5 yards per game. He started in all 11 games of the season and finished his career with 29 straight starts.

Williams led the Cowboys in second place in the conference with 108 total tackles and an average of 10.8 tackles per game.

Mapieu appeared in all 11 games and recorded 27 tackles with 2.5 tackles for a loss and a sack. Smith, meanwhile, made the connection on 10 of 11 field goals and recorded a perfect 25-25 on his extra-point kicks.

Coleman missed the first five games due to concussion protocol but returned to start the last six and helped the Cowboys win the league title. Barnes led the Cowboys while finishing second in the conference with three pass interceptions. He recorded 52 tackles in the season with four tackles for a loss, two of them against Alcorn State.