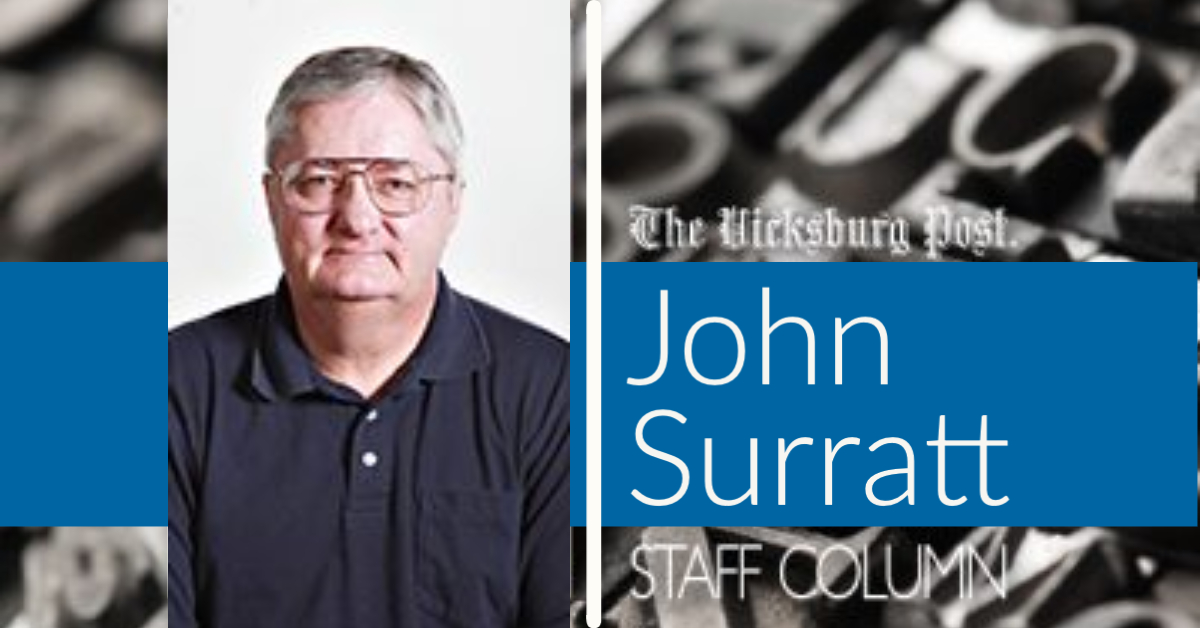 The Vicksburg Board of Mayor and Aldermen took a major step forward by lending their support to the Louisiana Department of Transportation and Development’s efforts to secure federal funding for Louisiana’s Consolidated Rail Infrastructure and Safety Improvement Program.

Now, some might think the board’s actions foolish; maybe even insane. I don’t

Rail passenger transport is one of the most underestimated and ignored (at least in our part of the country) means of transport. It has the potential to eliminate some of the country’s transportation problems and could even prove to be a boon to our tourism industry. And given the city’s railroad history, it’s a great fit.

What helped the board’s decision to support the Louisiana plan was the prospect of passenger rail service from the Dallas/Fort Worth, Texas area to Meridian with a stop in Vicksburg. As Ward 2 Councilman Alex Monsour pointed out, staying in a rail corridor would allow people to commute to work by rail from Louisiana to Vicksburg and would allow people to attend sporting events such as Dallas Cowboys football or Atlanta Braves baseball games to participate.

“It will connect people from Atlanta, Georgia to Dallas, Texas and beyond,” he said. “We were just a small section that Amtrak couldn’t get, and they said they would. It will help us enormously.”

Now for full disclosure. I would like to see a rail passenger service come to the area because I like trains and I like to travel on trains. I guess I’m probably one of the few of my generation who remembers being on a train. That was in 1965 when some rail lines still had passenger service. I took the train with my mother, brother and sister to Houston, Texas for my paternal grandmother’s funeral.

Many years later, I was fortunate enough to fly Union Pacific steam locomotive 8444 from Alexandria, La. to Addis, La., that traveled to the 1984 New Orleans World’s Fair. to drive. In 2012, I rode Amtrak’s Crescent from Meridian to Atlanta to visit family.

The train ride to Atlanta was cheaper than flying. It took about as long as driving because of the stops, but I didn’t have to fight traffic; I could stretch out and relax and get up and walk around. Try that on the plane.

The whole experience was pleasant and I would like to repeat it. The only complaint was that there weren’t any safe places to park and drop my truck around the train station in Meridian, but I knew that in advance having worked in Meridian for four years in the 1990’s.

We need a good passenger rail system in the US and this has been talked about for years. It’s time for the powerful to stand up and do it.

I hope Louisiana gets the money for its railroad plan and Vicksburg gets its footing. I may not be there to see it, but I hope it comes. It can make our city so much better.

John Surratt graduated from Louisiana State University with a degree in General Studies. He has worked as an editor, reporter, and photographer for newspapers in Louisiana, Mississippi, and Alabama. He has been an employee of the Vicksburg Post since 2011 and is responsible for the city administration. He and his wife attend St. Paul Catholic Church and he is a member of the Port City Kiwanis Club.