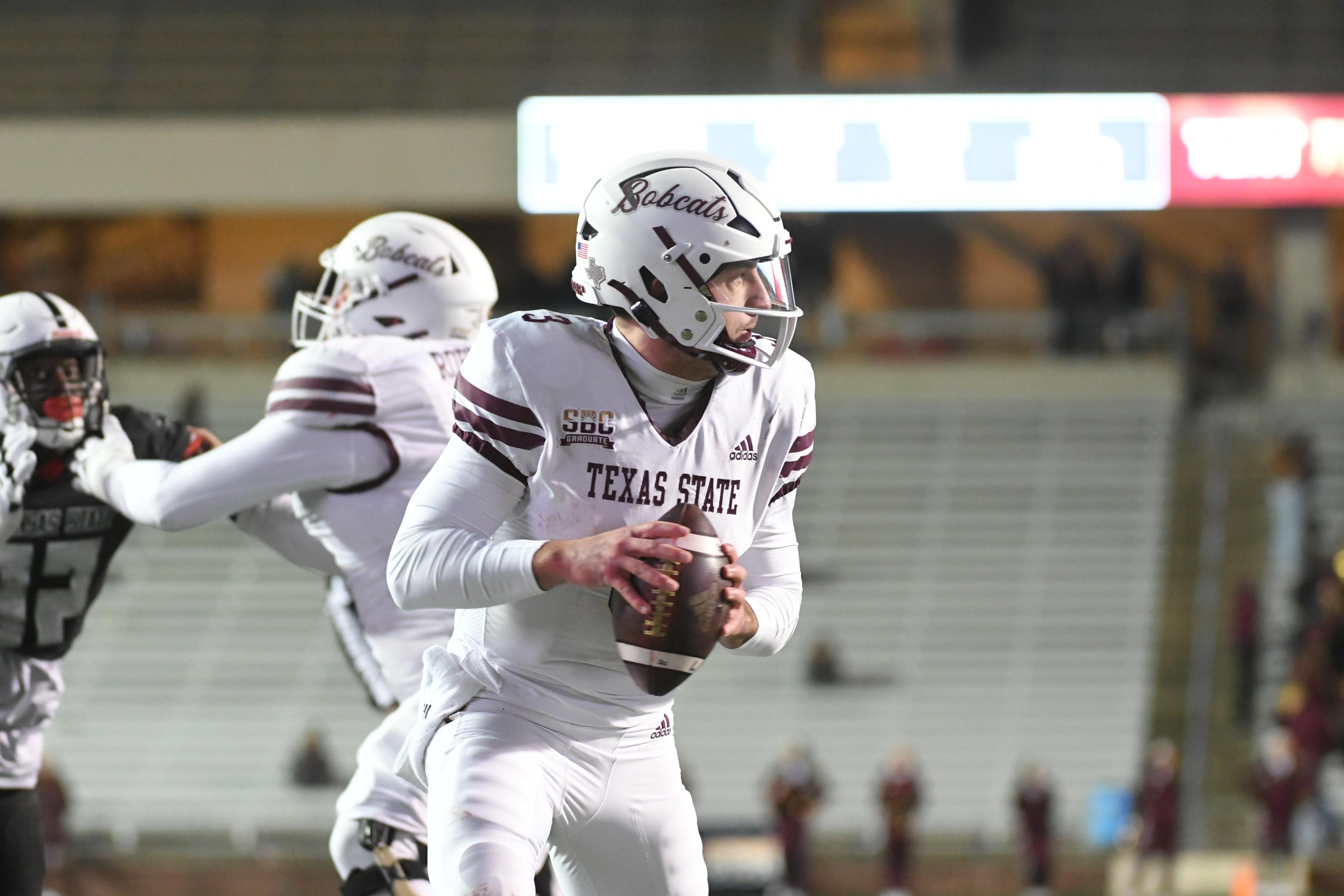 Texas State is looking to end the season on a high by hosting the Louisiana Ragin’ Cajuns in the regular-season finals.

Despite not being eligible for the bowl, the Bobcats still have plenty to play for, head football coach Jake Spavital explained.

“[The players] know what’s at stake this week,” said Spavital. “They play for the pride of the state of Texas and for each other. They’re also playing for momentum to drive the football program forward and leave these seniors playing their final game at Bobcat Stadium on a high note.”

Team morale is still high, despite the eight straight year the Bobcats are diseligible for the Bowl — which was a goal for the seniors — as well as a string of season-ending injuries that have plagued the team

“You’re sitting out there after Josh Berry went down right at the end of the fourth quarter and you see the pain on his face as he grabs my arm,” Spavital said. “You’re sitting there and you’re like, ‘Man, we’re dealing with another injury at the end of the season.’ With all the ups and downs with injuries, what I love about these guys is that they have the support of their players. They will be there for them and are showing a lot of resilience and optimism about how they will recover while being there for the team.”

But injuries aren’t the only thing Texas State has been struggling with this season — a string of close defeats in the last minute of the game has plagued the Bobcats this season. However, the course was reversed with last week’s last-second win over Arkansas State.

Despite the losses, the players themselves know that a single football game is not the direct result of a game.

“Losing that way with the Southern Miss game and the ULM kick still hurts,” Spavital said. “But this is a selfless team. You understand that a move does not determine the outcome of the game. [The players] know, and everyone has their own problems to contend with. They look in the mirror and tell themselves that before they call other people, they must solve their problems first. That’s what I love about this team…proud of these guys, how they handle all these unfortunate scenarios.”

As for their opponent, it’s been a tough year for the Ragin’ Cajuns as they need a win to qualify for the Bowl.

Much like the Bobcats, Louisiana has been plagued by narrow losses, including losing to ULM, Troy and South Alabama by possession.

With the Ragin’ Cajuns and Texas State fighting for their season, Spavital expects it to be an uphill battle.

“We have a strong Louisiana team,” said Spavital. “This is going to be a scrappy game and this is going to be the same Louisiana team we’ve always faced. They’ve also gone through some adversity with injuries, but they still have the same approach on offense. They played three different quarterbacks this year and showed big signs of doing really great things. Defensively they still show the same advantage, but with the new coaching change, new bodies and new scheme, they’re still making their groove and figuring things out on a daily basis. They are a scrappy but talented team and we have our hands full.”

The history of the Texas State-Louisiana football series has been a one-sided affair ever since the Bobcats joined the Sun Belt Conference.

Louisiana has played every year since 2013 and currently leads its borderline neighbors 8-0, including a dominating 45-0 win over Texas State last season.

Kick-off is on Saturday afternoon at 4 p.m. at Bobcat Stadium in San Marcos.