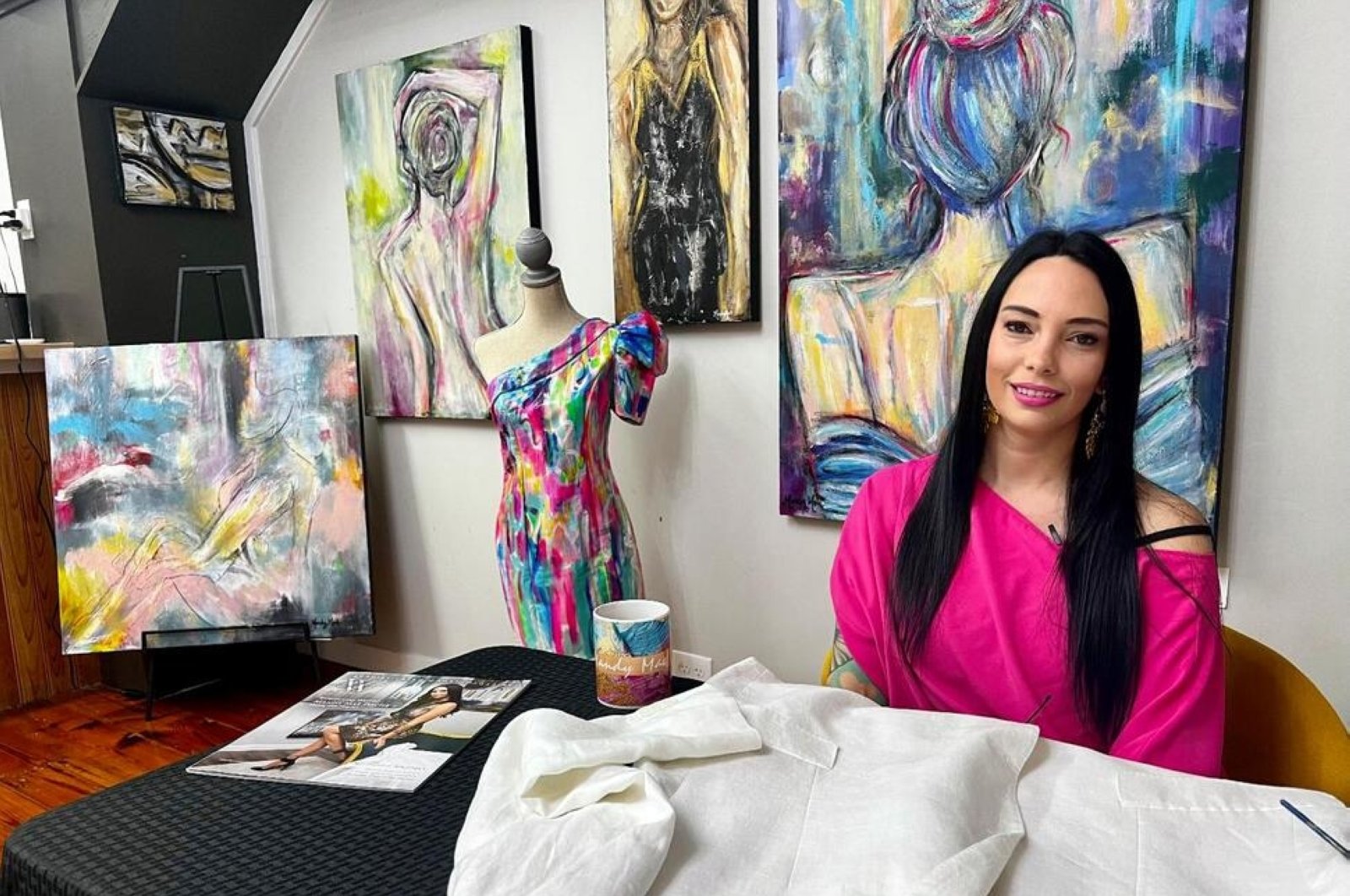 What could be nicer than wearing a strapless white cocktail dress that has been uninhibitedly painted at the opening of the exhibition?

Louisiana artist Mandy Poche needed clothes for her exhibition opening the next day. Instead of rushing to the store at the last minute, she redesigned her dress to match one of her artworks. The result was an internet smash sensation.

Poche lives in Ponchatoula, a town of about 8,000 people in southeastern Louisiana known for its annual Strawberry Festival, antique shops, and lively alligator mascot. It is now recognized for a work of art that people from all over the world will associate with – Poche’s dress.

As she painted the dress and made a video of it, she joked with her family that it would be a hit. “Watch it, this is going viral,” said Poche, who owns Mandi Mae Fine Art.

The video, titled “If you need something cool to wear to your art release tomorrow night,” shows her making a first turquoise brush stroke on the dress, ending with the finished garment in bright colors alongside a similarly colorful painting.

In the three weeks since she posted it to Facebook, the video has been viewed nearly 9 million times, generating overwhelming interest in her work from across the United States and even Australia.

“It was non-stop. In the middle of the night, news came from other countries that I didn’t expect,” she said.

Originally from Luling, Louisiana, Poche is a self-taught artist who creates abstract impressionist works with a southern touch. Her gallery is full of variety, much like the dress.

She said she has since made and sold four similar garments but will most likely never part with the original.

Now, Poche is trying to capitalize on the interest generated by the dress to contribute to her community. She plans to soon partner with local women entrepreneurs to hold a charity event.

“Anything I can do to attract people here, I’m for it,” said Poche.

She added that she’s fortunate to have inspired others, including fellow artists: “I connected with these people on a whole different level.”

Keep up to date with what is happening in Turkey, its region and the world.