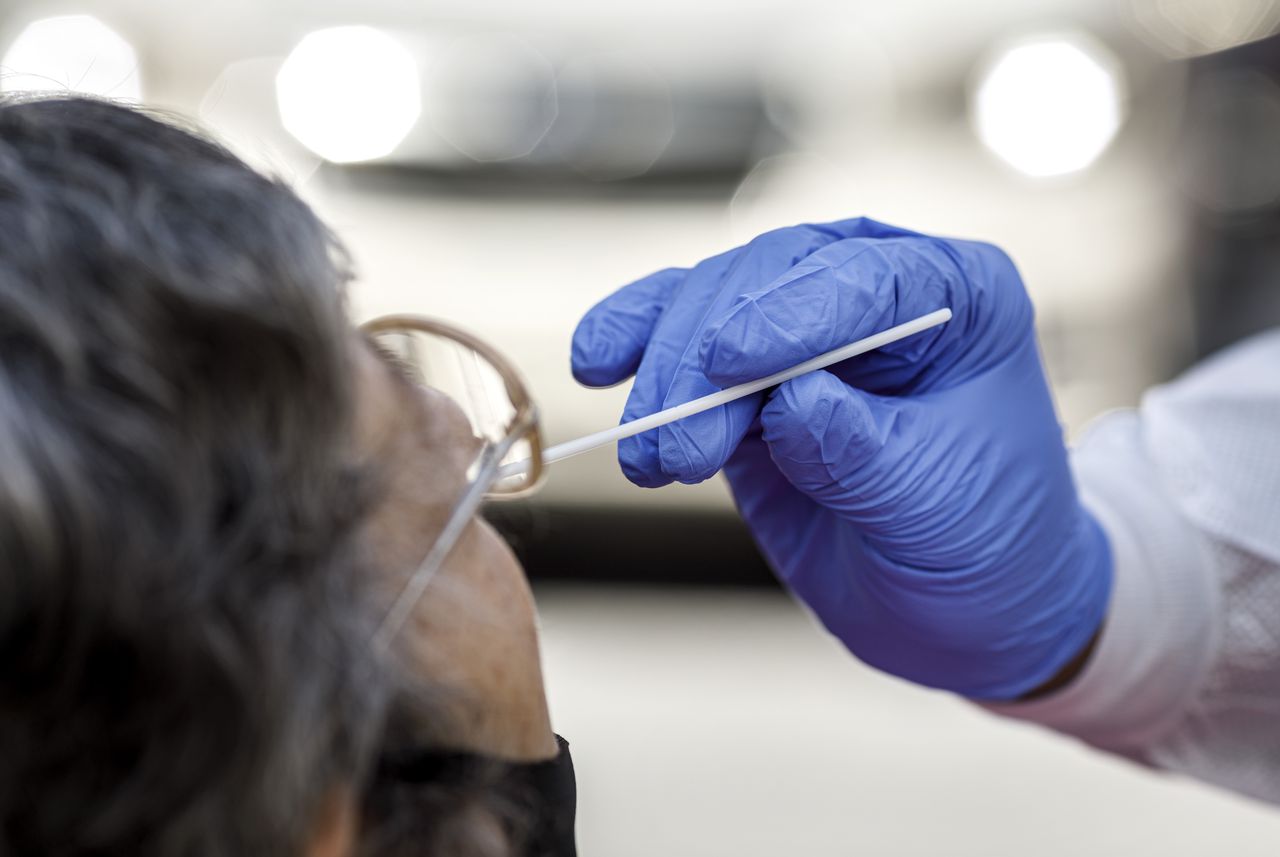 The holidays are just around the corner.

The food. The celebrations. Family and friends crowd onto trains and planes to gather for Thanksgiving dinner – with Christmas and New Year right behind.

The pandemic took a back seat this fall to the flu and respiratory syncytial virus (RSV), which grabbed even more headlines.

But the coronavirus has not gone away, even though many people have left it behind. And that worries experts.

“I think it would be really naïve not to expect the number of cases to increase a bit,” said Stephanie Silvera, an infectious disease expert and professor at Montclair State University. “And that will lead to an increase in hospital admissions. Just as a percentage, we know a certain number will end up in the hospital.”

Experts see a surge in COVID-19 cases as inevitable. They worry about the low turnout for the last booster shot. They worry about rapid tests that are less accurate in detecting omicron subvariants. And they worry about what a surge might mean as other respiratory diseases like the flu and RSV continue to spread.

After all, omicron first appeared in New Jersey right after Thanksgiving 2021, leading to a “tsunami” that swept the Garden State in late December.

And if history tells us anything, the holidays will almost certainly result in some sort of COVID surge. The question is: how bad will it be?

But the current COVID numbers are far from alarming.

Fewer than 1,000 coronavirus-positive patients were hospitalized as of Monday night, according to the state’s COVID dashboard. The transmission rate was 0.89 on Monday, meaning the pandemic was shrinking.

However, that could change in the coming weeks.

Testing is an issue. Experts say people are increasingly using home antigen tests, which are less accurate than PCR tests. They fear officials won’t know the true number of cases until doctors’ offices and emergency rooms are full.

“We may not have data on how many more cases there are until … these people show up at the hospital, for example,” Silvera said. “I think the challenge is that we may have an increase in cases that we don’t know about until they show up for treatment, making it a little harder for our hospital systems to plan for.”

She found that the antigen tests don’t do as well against subvariants like BA.4, BA.5, and BQ.1, which have become the dominant sublineages in New Jersey.

“It takes longer for these (tests) to become positive,” Silvera said. “So people test on the third or fourth day. The fast antigens show up as negative. They live their lives – they don’t necessarily wear a mask.

“And they may not have switched any of those tests to positive until day seven. So the probability of transmission is different.”

Despite the release of the latest booster shot, turnout was underwhelming. Only 35.3 million Americans received the bivalent booster shot, according to the Centers for Disease Control and Prevention. The bivalent shot has been updated to target two strains: the original novel coronavirus and the highly contagious Omicron variant (and all of its subvariants).

This shot offers the highest level of protection against currently circulating strains and is the best choice for avoiding serious illnesses, experts say.

Cennimo is crossing fingers and hoping the immunity lasts for those who haven’t yet received the latest booster.

“That still seems to show pretty good protection against serious illness, hospitalization and death,” Cennimo said, referring to the primary immunization series. “Hopefully this continues, but I think there will be more infections because we’re not scaling up.”

“If you haven’t received the bivalent vaccine that’s currently available, you don’t have the best possible protection against serious disease for the strains that are currently circulating,” Silvera said. “And we know that the strains currently circulating have a lot of immune evasion, which means they’re more likely to give you this more serious disease if you haven’t gotten the boost.”

And then there are the other respiratory diseases. RSV and the flu – which has reached a high level of activity unusually early – are common. A surge in COVID-19 would only further strain hospitals.

“I think this season is very unusual as you have three circulating viruses which we need to really add to our concern. We have influenza, we have RSV — which is affecting many children in New Jersey state right now — and there’s COVID,” said Dr. Joseph Montella, Chief Medical Officer at Cooper University Hospital in Camden.

Things have been pretty quiet with COVID lately, he said, thanks to the vaccines.

He hopes it stays that way.

“Hospitalizations for COVID have remained flat,” Montella said. Then he added: “Of course that could change now.”

Spencer Kent can be reached at [email protected].