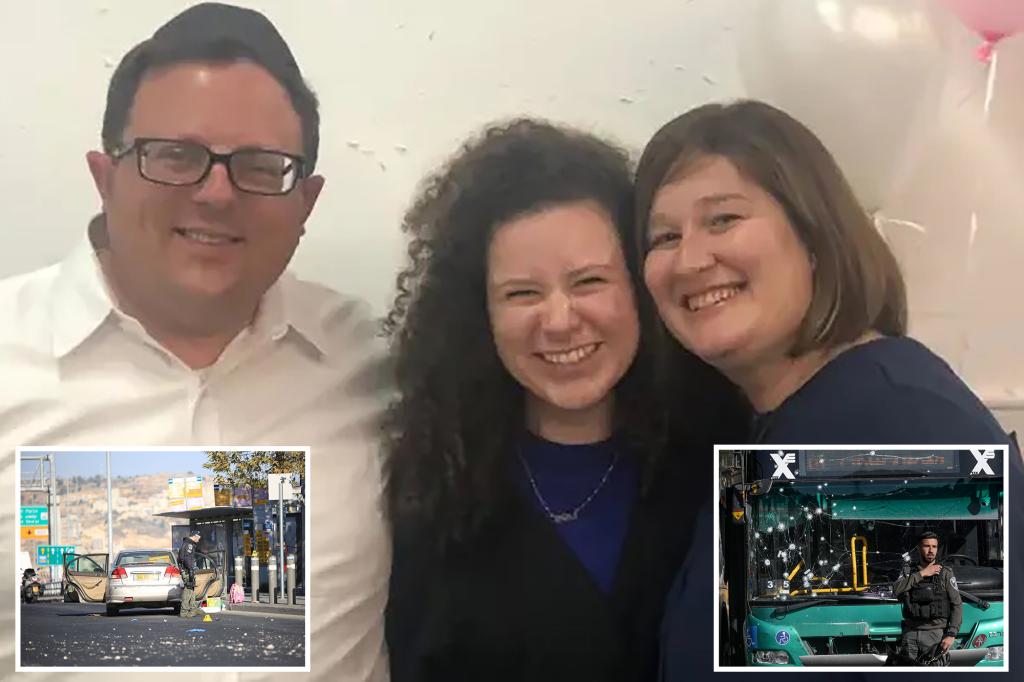 One of the two US citizens injured after two deadly explosions rocked Jerusalem on Wednesday has been identified as the teenage daughter of a prominent New Jersey rabbi.

One of the blasts, which police say was carried out by Palestinian militants, killed 16-year-old Israeli-Canadian yeshiva student Aryeh Shechopek, who was on his way to school at the time of his death.

The blasts occurred 30 minutes apart at two bus stops during the busy morning rush hour. At least 18 people were injured in the attacks, and some reports put the number of casualties at as many as 26.

New Jersey Gov. Phil Murphy confirmed in a tweet that Rabbi Uri Pilichowski’s daughter, 18-year-old Naomi Pilichowski, was among the injured as he condemned the bombings.

“I pray for the victims and stand firm with our friends in Israel against terrorism,” the Democrat wrote.

Rabbi Pilichowski, a well-known educator and columnist for the Jerusalem Post, has detailed what happened to his daughter Twitter thread Wednesday.

According to the New Jersey native, who currently lives in Israel with his wife and children, his daughter Naolmi was on her way to work at a bus stop when a bomb containing nails and shrapnel detonated nearby.

“One of the pieces flew out at Naomi and hit her, but not seriously. Her ears were ringing, but she was not injured,” the rabbi wrote.

The fresh high school grad texted her family on WhatsApp that there had been a bombing and that “she’s fine,” before adding that she was in an ambulance on her way to a hospital.

After six hours, Naomi was released and the family gathered for a dinner in Jerusalem to celebrate their lucky escape.

Rabbi Pilichowski wrote extensively about his “undescribable” fear that something might happen to his daughter.

“Today could have been a lot worse,” he said. “One nail flying an inch or two higher or lower and I would have kept Shiva (vigil) tonight instead of giving thanks at a celebratory dinner.”

Addressing the terrorists who planned and carried out the deadly attacks, the rabbi said, “I may sound harsh, but I don’t care. I want them dead. Not brought to justice, not imprisoned. executed. AS SOON AS POSSIBLE.”

The first blast went off at 7:06 a.m. local time on the outskirts of Jerusalem, followed 30 minutes later by a second blast in the settlement of Ramot.

“It was a crazy explosion. There is damage everywhere here,” Yosef Haim Gabay, a medic, told Israeli Army Radio about the first blast. “I’ve seen people with wounds bleeding everywhere.”

An initial police investigation revealed that the bombs were remotely detonated shrapnel devices. Both attacks are described as Palestinian acts of terrorism.

“They can run, they can hide — it won’t help them,” he said in a statement. “We will punish them to the fullest extent of the law.”