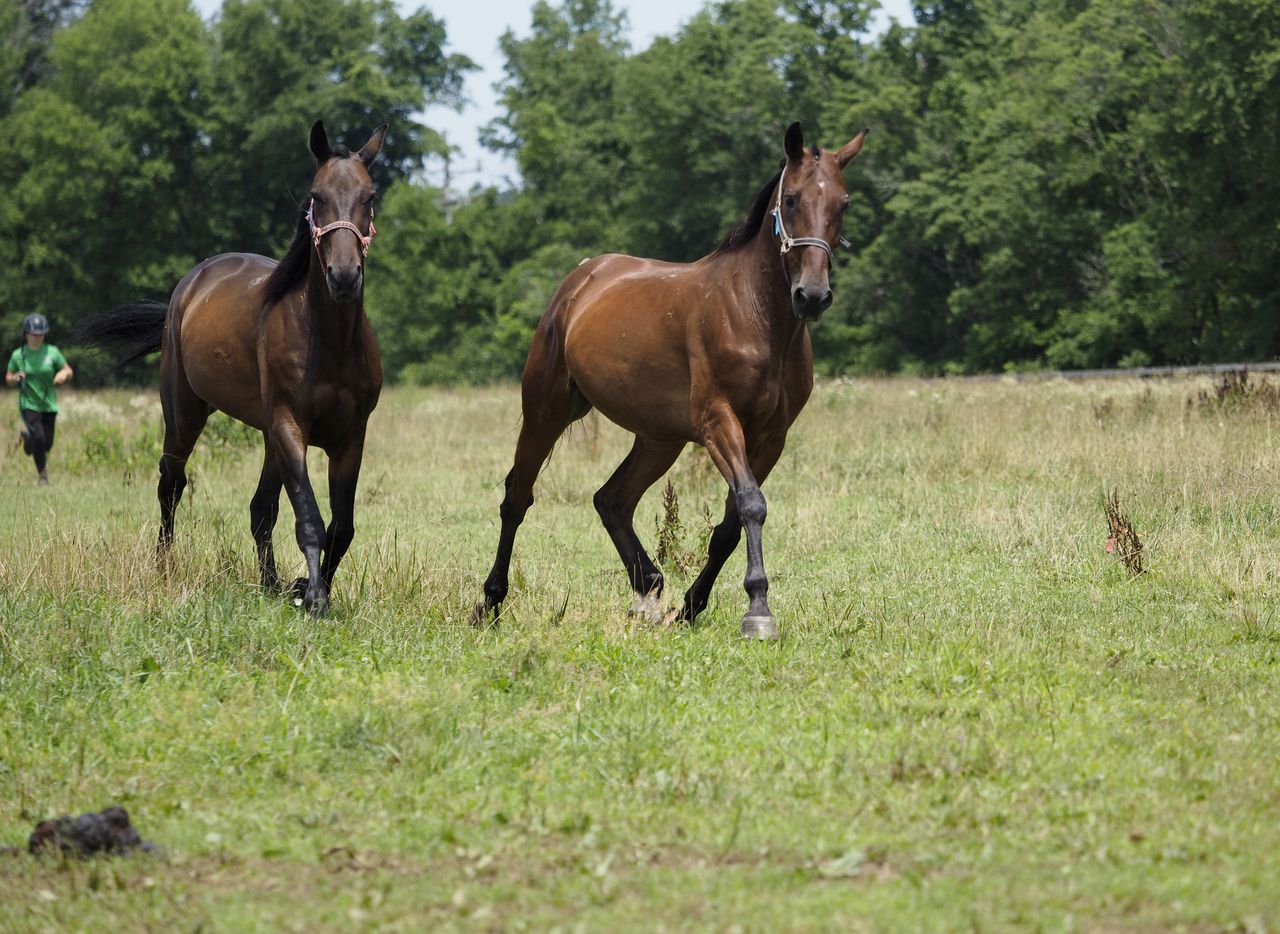 I’m a veterinarian with over two decades of professional experience and a member of US Rep. Frank Pallone, D-6th Dist. He chairs the Energy and Trade Committee, which is currently sitting on a major animal welfare bill that would ban the slaughter of horses for human consumption. I urge him to use his considerable powers to ensure this bill, the Save America’s Forgotten Equines (SAFE) Act, HR 3355, is enacted before Congress is adjourned.

There are other options and homes for the horses in this unnecessary pipeline driven by overseas demand. A study published in 2017 shows that 2.3 million adults have the desire and resources to adopt a horse immediately. This number is far more than the 15,000 horses shipped abroad in 2022.

Every horse in the battle line could be saved; a ban on slaughter would give them that second chance.

I thank Pallone for moving the SAFE Act forward, but that work is not done. Please make it a priority as this convention concludes to protect our nation’s horses and the people who love them.

Reasonable choice, except for immigration views

There are plenty of takeaways from the November 8th election. One is that in many places the forces of sanity have (very narrowly) defeated the cranks and delusional conspiracy theorists who now make up a significant portion of the Republican Party.

But polls on Brexit showed that most Americans agree with Republicans’ views on immigration, which range from indifference to the plight of asylum seekers – many of whom are rotting in detention centers – to outright hostility and threats of violence. That’s why we in New Jersey must continue to pressure our legislators, local and state, old and newly elected, to make this state a place where immigrants of all stripes feel welcome and safe.

Even here there have been far too many instances of deportation, abuse and intimidation carried out by those who thought no one would speak for those hidden in the shadows or locked in prisons for the “crime” of escaping death .

Let’s continue to say to our representatives that we want laws and policies designed to protect, support, and honor New Jersey’s immigrants, no matter how they got here. Remind these officials that New Jersey voters care about more than just taxes and freeways; we take care of the weakest among us.

Do not support bad health policies

The front-page photo that accompanied the Nov. 14 Star-Ledger article “In New Jersey, OBY-GYNs are MIA” (and online versions of the story) showed a newborn baby being delivered to a hospital from a set up Bottle drinks newborn nursery. The child’s gaze seems to be searching for the invisible person who would feed it. This was an Associated Press file photo.

Every newborn nurse I’ve ever met when I gave birth to my four children told me never to stand up a bottle instead of holding both the bottle and the baby. It’s a dangerous practice at best. I was fortunate to have the option of rooming in with my infants at my New Jersey maternity hospital. I was also fortunate that my birthing experience did not require extensive medical care for me.

As a journalist, you document events as they really happen. I hope this photo and what it represents will stimulate a profound discussion about individual and institutional health.

Tom Moran’s recent column speculating about Democratic nominees for governor in 2025 (“Who’s the next governor? Mikie Sherrill, Tuesday’s big winner, has a clean shot”) skipped another statewide election, which is due a year earlier: that for the seat in the US Senate, which has been held by Democrat Bob Menendez since 2006.

Moran’s list also left out another Tom who would be an ideal candidate for a return to Congress should Senator Menendez do the right thing and make a dignified farewell, taking his ethical baggage with him. Outgoing US Rep. Tom Malinowski, after losing his rematch with Republican Tom Kean Jr. in New Jersey’s 7th congressional district, would have a far better chance in a statewide race than in the restructured, Republican-leading 7th district.

Malinowski, 57, a moderate Democrat strongly backed by Star-Ledger against Kean, is 11 years younger than Menendez, who turns 70 on Jan. 1, 2024. At the age of 74, I look forward to seeing younger people rise to leadership positions.