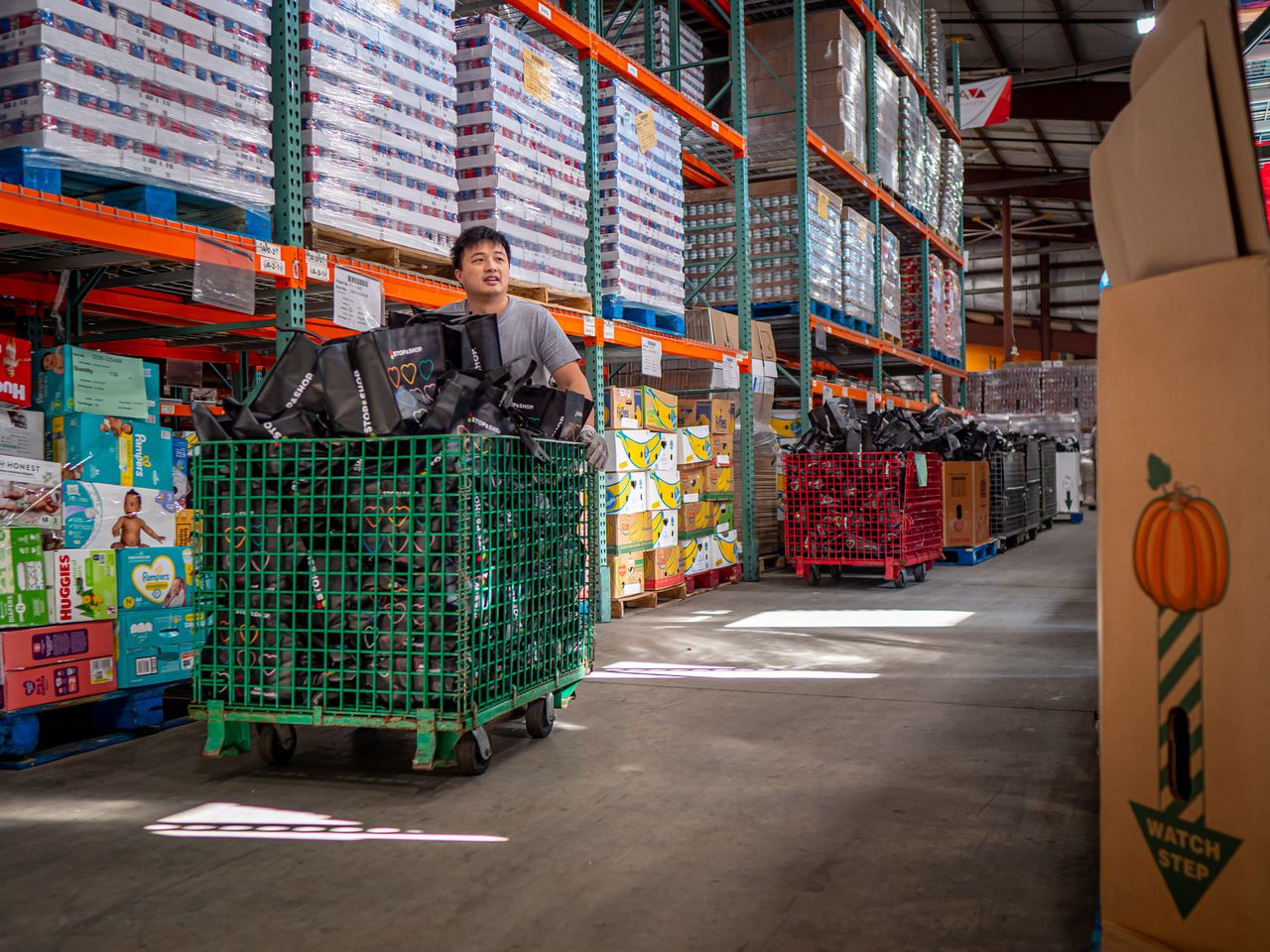 Demand has remained high throughout 2022. Because of the increase in seasonal employment, people typically use less food supplies during the summer months, but that decline hasn’t happened this year, Stampas said.

She estimates that demand has increased by about 10% this year, but the months between January and July saw a 60% increase. “Rather than seeing the slump, we saw a plateau,” she said, and now “we’ve seen that even in the fall, the everyday pantry needs to grow.”

The surge was due to a combination of inflation and the end of several government support measures, including stimulus payments, the child tax credit and rent subsidies, she said. And while unemployment figures are low, salaries have not kept pace with the cost of living, she said.

In New Jersey, an estimated 657,320 people — including more than 175,000 children — were food insecure in 2020, according to state data. Food insecurity means that a person does not have consistent access to adequate food for a healthy, active life.

Carlos Rodriguez, the president and CEO of the Community FoodBank of New Jersey, said he’s seen increases of at least 15% over the past year, with a peak of 40% in the early summer months. High fuel, food and housing costs remain a problem across the board, he said.

“Unfortunately, the truth is that for many of the households that are or are at risk of food insecurity, rent is the number one priority,” Rodriguez said, noting that in some cases he has seen “exorbitant” triple-digit rent increases.

Fred Wasiak, the president and CEO of the Food Bank of South Jersey, said prior to the COVID-19 pandemic, the nonprofit served about 47,000 people a month. And in recent months, demand has skyrocketed: The Tafel now serves around 100,000 a month.

He said it’s unclear when or if demand will slacken. And even though the non-profit organization is serving as many people as it did in August, now is the time — around the holiday season — when “people’s hearts open up.”

In Paterson, officials from Oasis – A Haven for Women and Children, a local multi-service poverty organization, are seeing clients with eviction notices, said Laetitia Cairoli, development director for the nonprofit.

The non-profit organization offers free education, counseling, diapers and more, as well as two hot meals a day and take-out bags of food. About 15 customers walked in in a typical week, Cairoli said. Now they’re seeing nearly 25 walk-ins a week for the past few months.

“Obviously when food prices and gas prices go up, people at the lowest levels don’t have extra wiggle room in their budgets to cover those kinds of expenses,” she said. “So I think people manage to get food, for a hot meal, get food bags.”

Brianna Kudisch can be reached at [email protected].