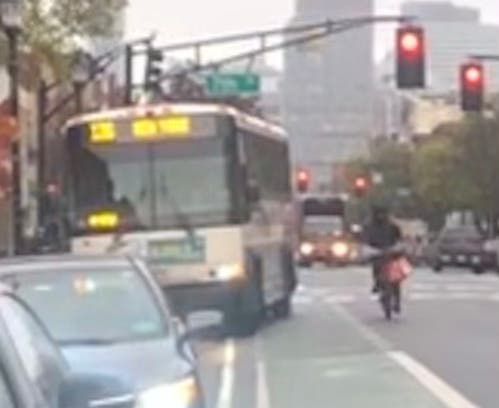 NEW JERSEY — The city of Hoboken excitedly announced its scooter-sharing program back in May 2019, but canceled it six months later after accidents and traffic violations. Along the way, the city issued at least three tickets to drivers for allegedly using the scooters while intoxicated.

State law states that DWI fees apply to motorized vehicles — so both cars and electric scooters can be subject to it.

But what about e-bike riders like those in Hoboken and Jersey City’s new Citi Bike Share program?

Would users fall under the same drunk driving laws as cars and scooters?

Apparently the answer is murky. And it’s a question that attorneys and law enforcement officials in New Jersey would like to have clarified.

Last Thursday, according to the New Jersey Monitor, the New Jersey Law Revision Commission released a memo saying the state should re-examine the state’s drunk driving statute to determine whether riding a bicycle while intoxicated constitutes a DWI -fee could result.

Vito Gagliardi, the commission’s chairman, said: “It seems to be the source of the confusion, so I think alerting lawmakers to the level of confusion – what has been going on in different courts and what is going on in them could other states – corresponds to our role.”

Back in 2019, then-Hoboken Police Chief Ken Ferrante said of arresting scooter users, “We’re doing this to keep drunk drivers off the streets so they can’t hurt anyone, including themselves.” He said that a person with DWI can be charged if she operates a vehicle or means of transport that is not “muscle-powered.”

Therein lies the difference. A motorized scooter might qualify under current legislation, but a foot-propelled scooter or bicycle might not.

Bike-share bicycles, like Hoboken’s Citi Bikes, do have an electronic component, but they’re still not motorized.

A report from the Law Revision Commission is expected in 2023, news reports said.

The New Jersey Law Revision Commission (NJLRC), according to its website, is “an independent legislative commission responsible for the ongoing review of New Jersey statutes and court decisions interpreting the statutes.”