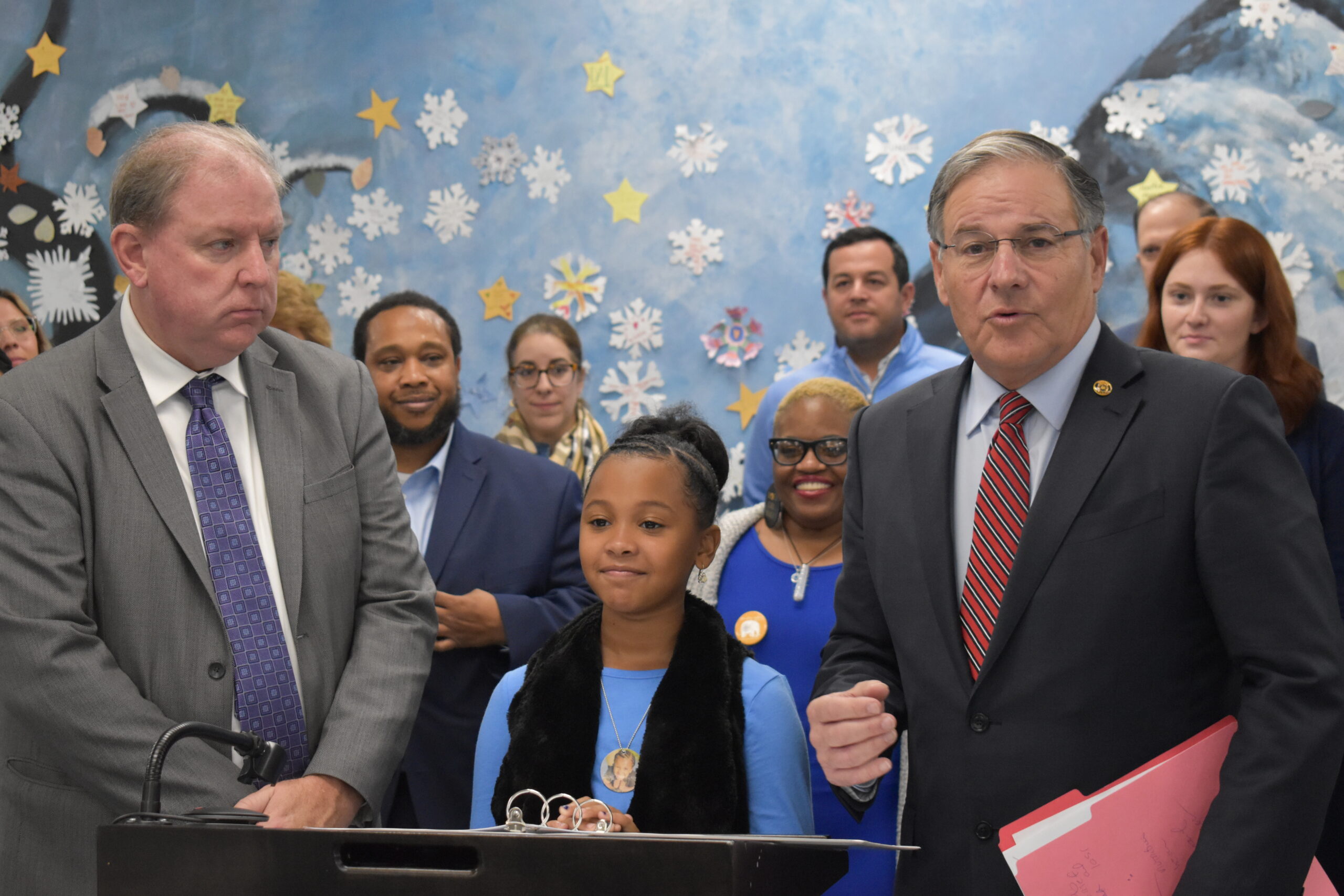 New Jersey lawmakers are making a bipartisan push to teach teens how to deal with grief.

Sens. Jon Bramnick (R-Union) and Joe Cryan (D-Union) joined attorneys and bereaved parents and children on Friday to call for support for a bill that would require high school and certain middle school students to be taught how to Recognizing and dealing with grief.

“There are 142,000 young people in this state who have lost a parent. Digest that for a moment — 142,000,” Cryan said during a press conference in Mountainside. “The extraordinary things they go through and the grief they go through, the emotions they face, how they deal with them, what reactions they have… all of those things are important. The educational process in our schools can make a difference.”

The bill leaves the details of the high school grief curriculum to the districts and the state commissioner of education, who would be responsible for providing sample learning activities and other resources to the districts. Bramnick said all materials would be drafted with input from stakeholders, including bereaved families.

At a minimum, the grief curriculum must provide students with the symptoms of grief, coping mechanisms, and resources such as counseling and therapy at school.

Under the current system, children and teenagers may find little support in dealing with a lost loved one.

Such was the case of Diana Creaser, a Montclair High School senior whose mother died in May after a year-long battle with colon cancer. When she returned to school after her mother’s death, Creaser was still in mourning, but no one at school seemed concerned.

“I’ve never felt so alone,” she said. “Not a single counselor or teacher met with me after this troubling time, and on my first day of class, instead of being showered with condolences, I was ignored and told to immediately make a plan to catch up on work I missed would. ”

In some districts, school counselors are already helping students process grief, as they did with 9-year-old Ava Quezada, whose 5-year-old brother died about five months ago.

Elizabeth King-Quezada, her mother and social worker, said a school counselor helped her daughter while she struggled with her own grief — but counselors are small compared to the student body, King-Quezada noted.

“Whoever I entrust my grieving child to, I want them to know how to handle her, how to handle her emotions, how to know when something might be triggered since her teacher has the upper hand and able to do,” King-Quezada said. “But that shouldn’t just be her teacher. That should be every teacher in the state.”

Ava and her mother said they believe grief should be part of the school curriculum from kindergarten onwards. Ava’s younger cousins ​​don’t even know what grief is, she said.

“You might think it’s a tree or a plant or any flower. They wouldn’t know what it was because they don’t learn it in school,” she said.

Bramnick said the original draft of the bill would have required grief classes for students beginning in first grade, but said he ultimately left out the lower grades to limit the opposition the bill might receive. As written, it would require lessons on grief for students in health classes from 8th through 12th grade.

“I felt like I better crawl before I go,” Bramnick said, adding he wants to speed up the legislation.

Bramnick said the pandemic may have played a role in drafting the bill, but credited Mountainside’s nonprofit Imagine with introducing it. Imagine helps bereaved children and families process grief and hosted the press conference at his office on Friday.