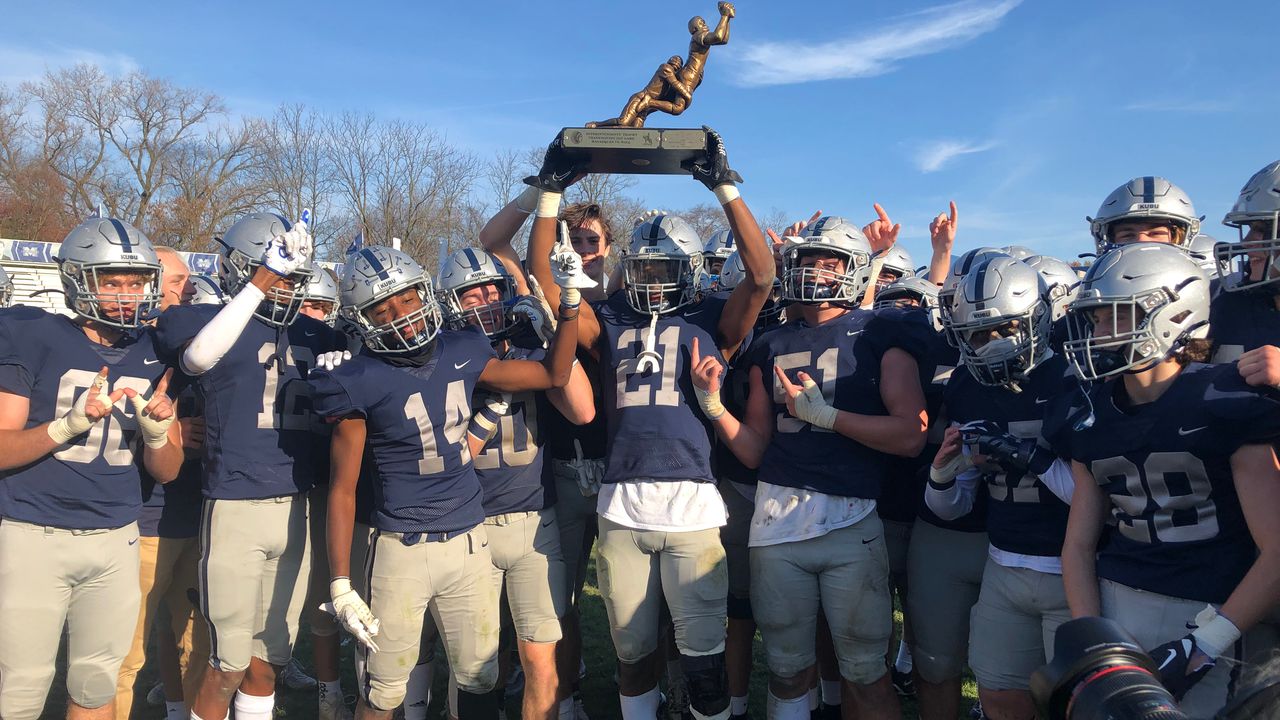 THIS STORY WILL BE UPDATED

Manasquan played strong defense all game as he finished the day with five turnovers to hand Wall a 28-14 loss and earn his first win over the Crimson Knights since 2017.

“We’ve struggled with injuries and people missing games for whatever reason for a while,” said Manasquan head coach Jay Price. “We’ve had two weeks to prepare, which is a luxury at this point in the season.”

Despite losing his first three games, Manasquan rebounded (5-5) and went on a four-game winning streak before losing to Highland in the quarterfinals of the NJSIAA Group 3 Tournament from Central Jersey and against in an NJSIAA crossover game Long Branch lost.

“I was just trying to say to these guys, although the season didn’t start the way they wanted it, it wasn’t how we wanted to get here, but we’re here and we’ve erased a lot of bad memories with a great price.” continued. “Every Thanksgiving, when they come back now, they don’t have to answer any questions, they can smile and have a good time.”

The Big Blue Warriors went into half-time with a commanding 21-0 lead before senior defender/wide receiver Dalil Suluki hit a first play scoop and score in the third quarter to give his team a 28-0 lead.

“I thought they attacked the ball pretty well and pushed today,” Price said. “They ran at full blast for almost four quarters.”

Jhamier Howard had a big day as the elder running back/defensive back recorded an interception and a quick touchdown to give Manasquan a 14-0 advantage, 6-30 in the second quarter.

Howard also gushed about his team’s defense and the fight they showed from the start.

“Honestly, I think we just came here and played a great defense,” Howard said. “The coach gave us the game plan and made it easy, their offense wasn’t really that difficult to figure out. He just said if we get the little things right, big games will happen and we made the big games as they came along.

Brett Paten connected with Jack Dettlinger for a touchdown to give Manasquan a 21-0 lead at 3:22 in the first half while Julian Walthall brought the Warriors on the board late in the first quarter.

“We had that number on the board and it was for the last team we hit Wall on that field,” said Matthew O’Donnell, senior tight end/defensive lineman. “And we’ve had that number in our head all week and really released it and over-prepared it.”

Wall (4-7) wouldn’t go down without a fight, however, when quarterback Andrew Olsen completed a screen pass to Mason Adam that the student netted for a goal about midway through the third quarter. Senior Anthony Gartz also ran in late in the fourth to reduce the deficit to 28-14, but by then it was little too late for the Crimson Knights.

Wall came into the tournament on a four-game winning streak, including a 35-14 win over Pinelands in the final round of the NJSIAA South Jersey, Group 3 Regional Invitational Tournament.

“We felt like we were going to be fine, we hadn’t turned the ball around like that all year,” added Gurrieri. “It was out of character for us but you have to give them credit, they did a good job and like I said you can’t overcome penalties and losing possession.”

THIS STORY WILL BE UPDATED

The NJ High School Sports Newsletter now hits inboxes 5 days a week. Sign up now and be among the first to get all the boys and girls sports that matter to you, straight to your inbox every weekday. To add your name, click here. Thank you for relying on us to provide journalism you can trust. Please consider sponsoring NJ.com with subscription.