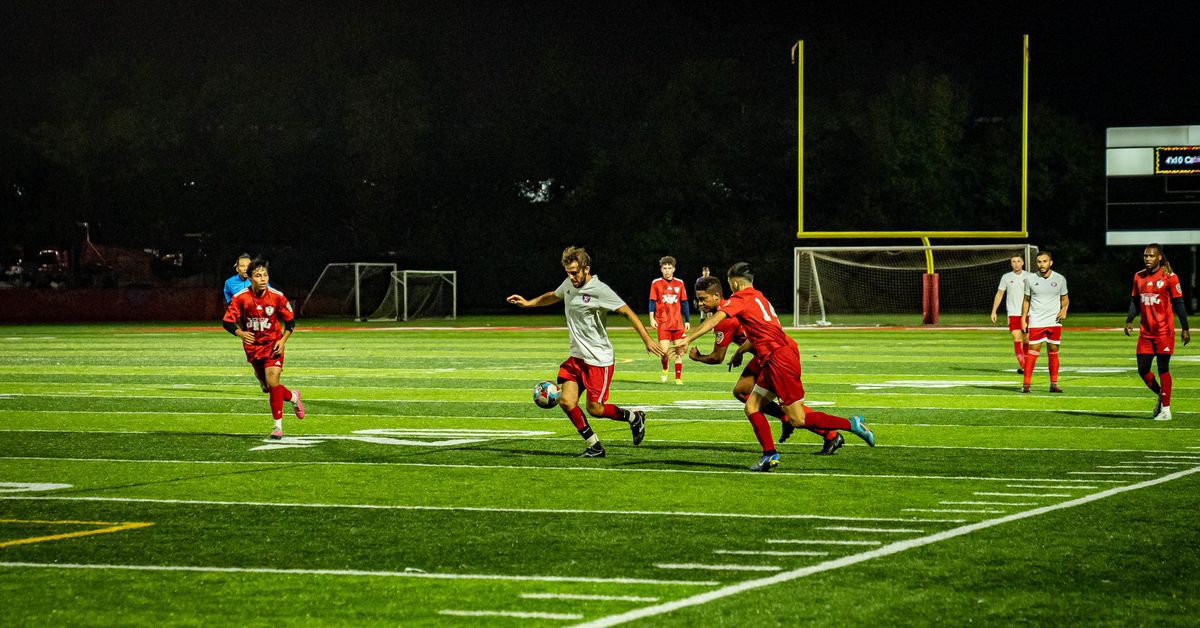 A busy week in the border triangle for the lower leagues! There was more action at the New Jersey State Cup, games continued this Sunday as the United Premier Soccer League Fall Playoffs continued! In addition, a local team wants to make the leap into the professional game.

Read all about it below:

After last week’s recap, the first round of the New Jersey Men’s Open State Cup came to a close last Sunday. Both Jersey Shore BOCA FC (Ocean County, NJ) and Vllaznimi AACC (Pompton Lake, NJ) have booked their tickets for Sunday’s next round.

Vllaznimi, the top tier team playing in the qualifying round, defeated Revolution FC (Towaco, NJ) 7-3 in Wayne NJ on Sunday night. Their next challenge will be their biggest yet as they host Real Central New Jersey (Ewing, NJ) this Sunday. Meanwhile, Boca defeated Cruzeiro USA FC Reserves (Newark, NJ) without a fight. The hosts lose their game, which was due to take place at Ironbound Stadium on Sunday morning. The visitors will host Hoboken FC 1912 in the next round next weekend.

The full schedule for Sunday’s games is below:

If the state cup is too local, the 2023 US Open Cup national tournament is already underway. New Jersey’s own SC Vistula Garfield hosts IASC Boom from Rochester, New York on Saturday night. The winner of that match advances to the final qualifying round and has a spot in next year’s tournament at stake.

One of New Jersey’s more promising amateur teams is looking to make the leap to professional football. Real Central New Jersey, which fields both men’s and women’s teams in different leagues, announced last week that the organization is exploring the possibility of joining the United Soccer League. This would mean a men’s team competing in the USL League One (Division III) and a women’s team competing in the new USL Super League (Division II).

If successful, Real would be the first independent men’s professional team to call New Jersey home since the Ocean City Nor’easters were relegated to the amateur level in 2003.

Currently, the organization is already fielding a men’s team in the pre-professional USL League Two. Outside of the USL area, the men also compete in the Eastern Premier Soccer League (EPSL), which competes in the aforementioned NJ State Cup. Since 2021, women have competed in the Women’s Premier Soccer League (WPSL).

“We’re excited to hear ideas from football fans in Central New Jersey,” RCNJ Partner and Chief Marketing Officer Jeremy Ryan said in the announcement. “We are uniquely Jersey and since Central Jersey is real and not committed to New York or Philly, our football culture should reflect those unique qualities.”

Whatever jokes one might make about naming a team after a fictional part of the state (fight me), more pro football is good. Real’s continued growth through the pandemic with both men’s and women’s football has been commendable. Success with the Philadelphia Union and similar programs like West Chester United in nearby Pennsylvania is further evidence that the South Garden State has plenty of football potential.

There was little time to rest, however, as the Northeast Finals were scheduled for the next day in Pathfinder. New England Conference champions Santa Cruz FC also won their semifinal game on Saturday. Sunday’s game did not go well for Alliance, who lost 2-0.

However, the UPSL is a two-tier league. The Premier Division acts as the top division with Division 1 just below. The NJ Alliance’s season in the Premier may be over, but the Division 1 team still had games to play. This team entered the playoffs as the third seed, defeating #2 Sons of Queens 1-0 to advance to the division finals. NJ Alliance FC II plays for the cup against top seeded NY Renegades FC (Long Island, NY) on Saturday night at the SUSA Sports Complex (Central Islip, NY).

OaM told me these articles needed to focus on football that was “local to Jersey” or related to the “Red Bulls”. So, Jersey Bulls FC from the original English Channel Island technically fit this bill. The team from across the ocean put in an incredible performance at last weekend’s FA Vase tournament, reaching a proper third round for the first time.

The Vase, for those who don’t know, is a single-elimination tournament open exclusively to teams playing in the two lowest divisions of English football. The Jersey Bulls currently compete in the Combined Counties League Premier Division South of the 9th Tier (second from bottom).

The Bulls got off to a bad start in the away game against ninth division side Fisher FC (Southwark, England). In the 13th minute, Fisher’s Sam Fitzgerald found attacker Alli Abdullahi in the box. Under pressure, his first shot was blocked, but the Fisher player was just able to win it back. The slight toe-poke slipped into the left side of the net for another try to put the home team ahead. A direct red for striker Miguel Carvalho for a dangerous tackle in the 23rd minute left the team down to ten men for most of the game. It was the team’s third red card sacking this season and all came in the FA vase contest.

Despite playing with ten men, Jersey started to take control in the second half. Key saves from keeper Euan Van der Vliet kept the game within reach and it came to a head in the 74th minute. A clockwise triangulation around the Fisher box found Lorne Bickley on the left. He attacked and shot at the opposing net to equalize 1-1. Fisher defended deep and continued clear tries, but a second consecutive corner saw the game winner. In the 90+4 minute Luke Campbell headed in a Ruben Mendes free kick just to the left of the right post.

Reaching the third round of the FA Vase, Jersey will host Athletic Newham FC from London on December 3rd.