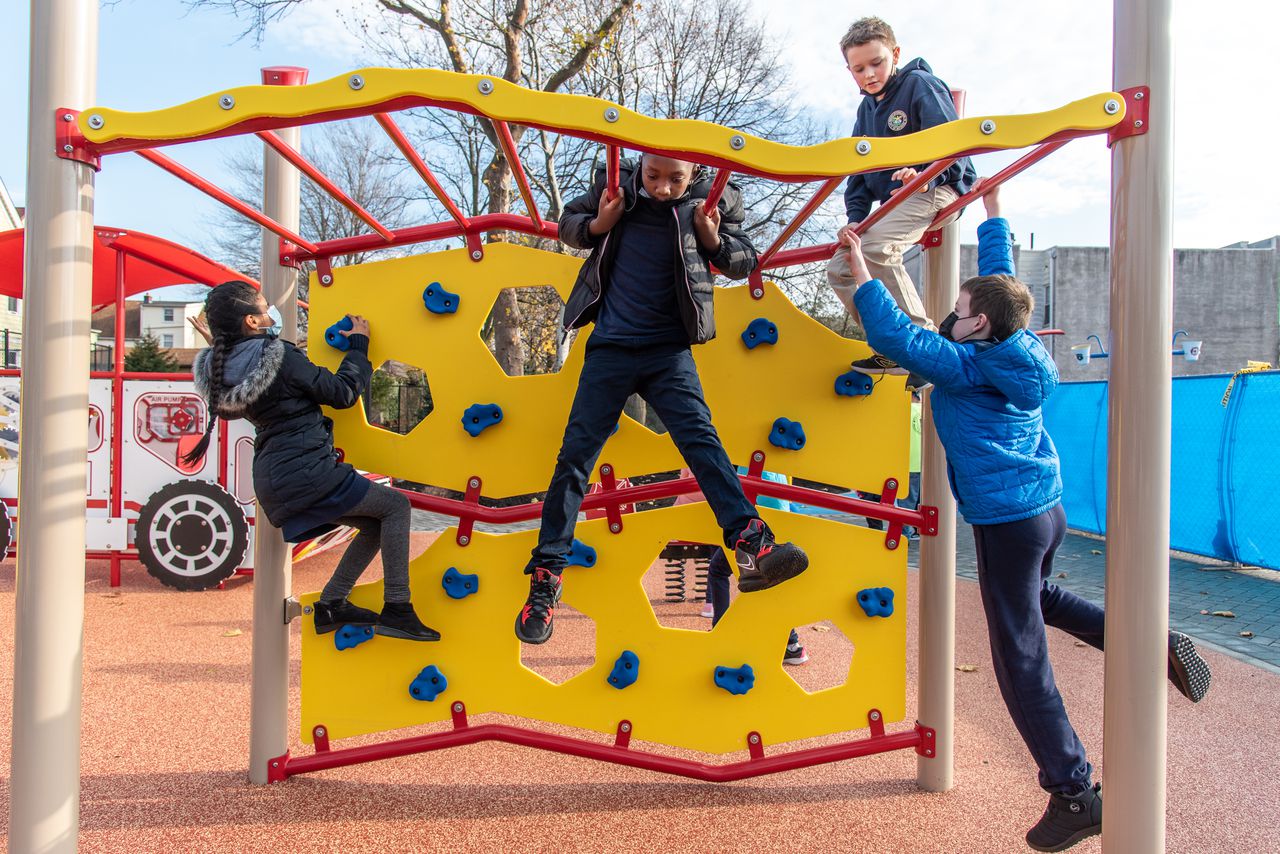 Open space developments in Bayonne and Jersey City have each received an award for Municipal Project of the Year from the New Jersey Society of Municipal Engineers, the cities announced.

In Jersey City, Newark Avenue Pedestrian Plaza was recognized after the city’s Department of Infrastructure and Department of Engineering completed the final section. Bayonne was cited for the renovation of Fitzpatrick Park.

The transformation of Dowtown’s Newark Avenue plaza gives Jersey City’s “Restaurant Row” the durability it deserves and creates what city officials laud as one of the state’s top shopping, dining and community events destinations. The city held several community meetings to gather public input and incorporate feedback throughout the design.

“In 2015, after careful consideration, we took the opportunity to create a safe place for pedestrians where we could strengthen the community and boost our local economy,” said Steve Fulop, Mayor of Jersey City. “Receiving this award from the state level seven years later is further confirmation that our vision has become a reality and a great success.”

“This was a significant undertaking as we really wanted to ensure we were meeting all of the community’s needs and desires within the design, particularly for our local businesses who will benefit greatly from the permanence project,” said Paul Russo, the department’s city director engineering.

The pedestrian zone was closed to vehicles for the first time in 2015 and the square was expanded by a second block in 2018. During the COVID-19 pandemic, the plaza was extended to Grove Street between Montgomery Street and Christopher Columbus Drive and First Street to Newark Avenue.

Bayonne recognized Consulting and Municipal Engineering Associates (CME) for the Fitzpatrick Park Award in the Municipal Design Projects category for places with more than 20,000 residents.

Renovations at Fitzpatrick Park include new play equipment, a hockey rink, game and picnic tables, and stormwater management upgrades. The playground has new structures with police and fire department themes. These structures honor the former police and fire headquarters that stood on the site for most of the 20th century.