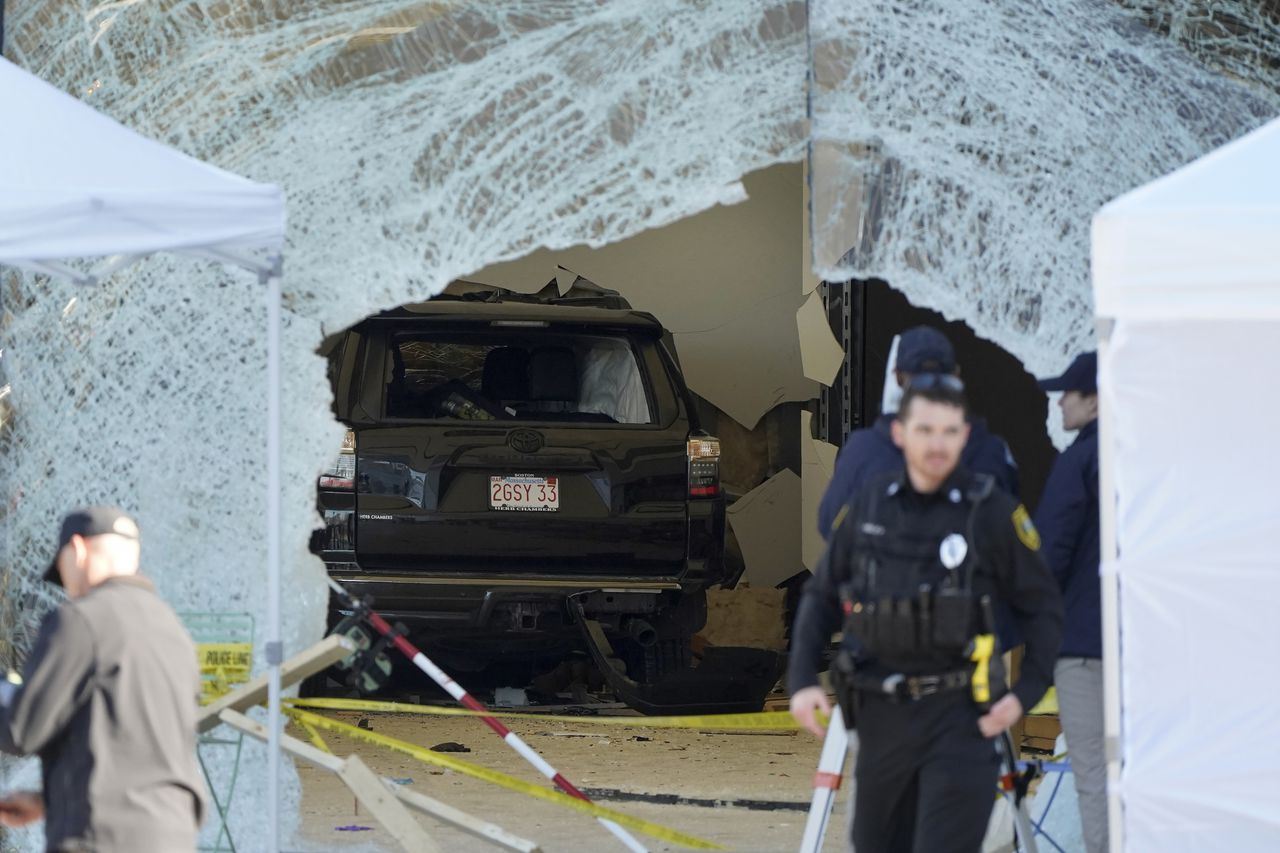 A 65-year-old New Jersey man has been identified as the person killed in Monday morning’s accident at the Hingham Apple Store, according to District Attorney Tim Cruz.

Kevin Bradley has been identified as the person killed Monday, Cruz said in a statement press release. He said Bradley was pronounced dead at the scene.

“Preliminary investigation has revealed that the male driver of a 2019 Toyota 4Runner crashed through the front window of the Apple Store. The driver is not currently identified,” the press release said.

Bradley was reportedly a “professional who was on the spot and assisted with recent construction at the store,” Apple said in a statement, according to the Boston Globe and Boston 25 News.

A dark-colored SUV injured 17 people and killed one person inside and outside the store around 10:45 a.m. Monday morning, Cruz said. The vehicle drove all the way from the front of the store to the back, pinning people against the wall, officials said.

“We are devastated by the shocking events at Apple Derby Street today and the tragic loss of a professional who was on site to assist with recent construction work at the store. Our hearts go out to our team members and customers who have been injured and to everyone affected by this terrible incident. We are doing everything we can to support our team members and customers during this very difficult time,” a spokesman for the tech giant told the news outlet.

South Shore Hospital’s Chair of Emergency Medicine, Dr. Jason Tracy said the hospital needed to bring in additional surgeons and support staff to treat the 17 people injured in the crash, but the hospital was well staffed and able to handle the volume of patients given the time of day and the environment available staff.

The driver of the SUV that smashed through the glass facade was not among the 17 people who were taken to the hospital, nor were they the person killed in the accident, Cruz said in an earlier news conference.

Previously, Cruz said 16 people were injured in the accident, but the hospital said they received one patient who was hospitalized from the incident, bringing the total number of injured to 17.

Hospital officials said during the press conference that among the injuries were head injuries and “mutilated limbs.” They also said that among the victims were patients with chronic diseases that made treatment difficult.

There were already people in operating rooms being treated for their injuries and some were waiting for operating rooms to become available, officials added. Tracy said his team did an “incredible” job and he was “extremely proud,” but added that the situation was never something they wanted.

Officials said the hospital went so far as to activate a MedFlight, which eventually wasn’t needed. Another doctor at the hospital described how a triage center was set up at the nearby restaurant to treat victims on the spot.

There were several bystanders helping to help the injured inside and outside the Apple Store, Cruz said, and Hingham Fire Chief Steve Murphy explained that medical personnel were off-duty in addition to the director of South Shore Hospital.

Cruz said officials are viewing the incident as a criminal investigation and it is active and ongoing. The Associated Press stated that the driver of the vehicle was male and was questioned by police.

At 10:45 a.m. Monday, officers received multiple 911 calls about a car that had driven through the glass frontage of an Apple store at a Hingham mall. The driver of the car was traveling at an unknown speed.

The Apple Store is in the far right corner of the plaza between a Brandy Melville clothing store and Burton’s Grille.

The Hanover fire brigade originally posted on Facebook that the accident on Derby St. happened just before 11 a.m. on Monday morning, leaving several injured and trapped. The department shared an image of the scene, which showed a huge hole being punched through the Apple Store’s glass panel.