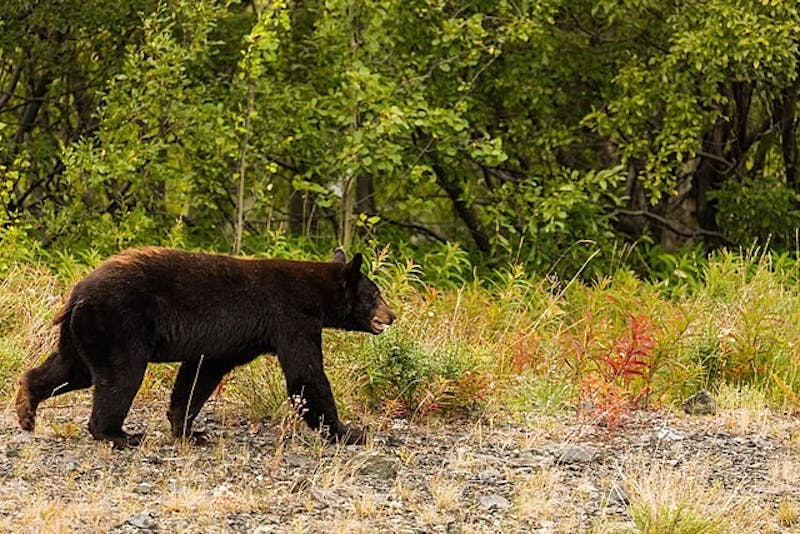 On November 15, the New Jersey Fish and Game Council voted unanimously to resume black bear hunting. The controversial practice was last allowed in New Jersey in 2020 and aims to reduce “bear harm and harassment” by curbing the animal’s population.

The approved emergency measures provide for a regulated hunting season that will last six days. If 20 percent or less of the state’s estimated population is not killed in this window, the hunting season may be extended.

New Jersey Gov. Phil Murphy has always been opposed to bear hunting, and just months after taking office in 2018, he issued an executive order banning the practice on state property. However, the Fish and Game Council’s November 15 decision signals a change in its perspective. According to the New Jersey Department of Environmental Protection (DEP) website, the recent emergency response was “due to increasing public safety concerns surrounding the growing bear population.”

“Although I have made a commitment to end bear hunting, the data calls for us to act now to prevent tragic interactions between bears and humans,” Gov. Murphy said in an interview with the New York Times earlier this month.

According to the DEP, the bureau has received 1,971 reports of bear activity (sightings, damage and harassment) this year — a 204 percent increase from the previous year. Bear-human interactions have become increasingly disruptive in New Jersey as the number of bear-related harms and nuisances increased by 237 percent compared to 2021. This year, 62 bears were listed with “aggressive” behavior.

According to the DEP, 433 bears have been sighted in the state over the past 10 months, including activity in Mercer County, which includes Princeton.

A black bear was sighted in Princeton on August 11 near Herrontown Woods, Tyson Lane, Poe Road, Longview Drive, Hartley Avenue and Riverside School. In response to the sighting, a TigerAlert was shared with the university community on August 12 stating that there had been several local encounters with black bears that week.

The DEP received a total of 22 reports of bear activity in Mercer County this year.

Environmentalists and animal rights activists in the state have pushed back on Gov. Murphy’s decision and threatened some legal action. New Jersey’s Animal Welfare League held a series of protests over the weekend over the recently reintroduced hunt.

In a statement to The Daily Princetonian, the Princeton Conservation Society (PCS) took a less firm stance, citing the “complex situation”.

“[C]Reasonable moral objections could be raised to the killing of bears,” the society wrote. “In this particular case, however, the dangers that have been manifesting around us are clear and should be mitigated.”

Bailey White ’24 – a PCS member specializing in ecology and evolutionary biology – reiterated that government is in a difficult position when the welfare of citizens and animals are at odds.

Get the most out of it ‘the prince’ Delivered straight to your inbox. subscribe now”

“I think wildlife management has many layers, many competing interests,” White told The Prince. “I have a lot of conflicting feelings about it.”

“As hard as we can try to separate […] human society by nature, it will never fully happen. We are part of the systems around us and so we have to expect that we will see the fox, we will see deer, we will see bears and even if we are uncomfortable with that, that is part of what lives within that area is,” White said.

The DEP characterizes black bears on its website as “an integral part of the state’s natural heritage and a vital part of healthy ecosystems.” The current bear population in New Jersey is estimated at 3,000 and is projected to grow 30 percent over the next two years.

White noted that the bear hunt will likely result in 600 bears being killed in the state, which would have “significant impacts” on the overall ecosystem. As apex predators, bears do a lot to manage prey populations, White added. “And so I could possibly see their prey types […] extend[ing] in a way that we haven’t really calculated yet,” she said.

The bear hunt starts on December 5th and lasts until December 10th.

Simone Kirkevold is news editor for The Prince.

Tess Weinreich is deputy news editor and contributor for The Prince. Please direct all correction requests to corrects[at]dailyprincetonian.com.