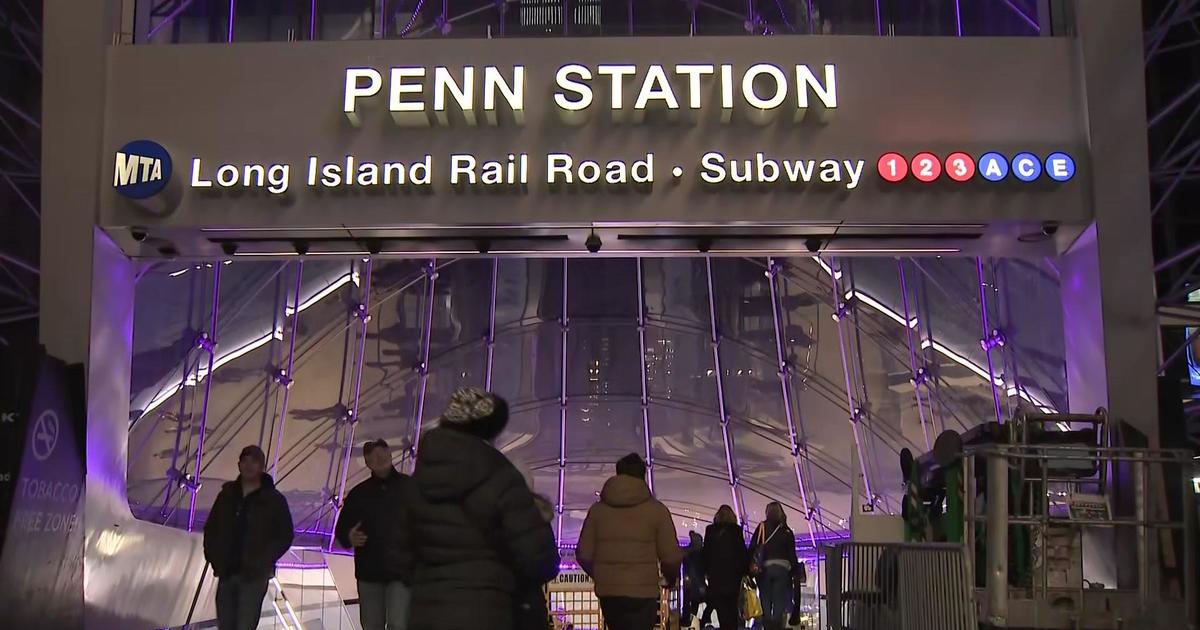 Christopher Brown, 21, of Aquebogue, and Matthew Mahrer, 22, of the Upper West Side, were arrested at Penn Station around 11:30 p.m

Police say investigators uncovered a developing threat to the Jewish community on Friday and worked quickly to identify those behind it. We are told a bulletin was going out to law enforcement seeking the men for questioning.

According to police sources, the threats were made against unspecified synagogues in New York City on a computer.

The CSI was set up by the UJA Federation and the Jewish Community Relations Council of New York after attacks to better protect the Jewish community. A team of experts scans the Internet for threats.

“Yesterday morning they spotted a person on Twitter talking about carrying out violent attacks on the Jewish synagogue in New York. We also received the threat from some other organizations,” Silber said.

He says the FBI and NYPD were immediately alerted, leading to these arrests hours later.

“It’s a terrifying development to imagine this person walking the streets who was armed and could have done incredible damage. Luckily, law enforcement was quick to step in and apprehend them before anyone was hurt,” said Scott Richman, Anti-Defamation League regional director for New York and New Jersey.

CBS2’s Jenna DeAngelis spoke to Jewish leaders, who indicated that this follows threats against synagogues in New Jersey earlier this month.

“Everyone I’m sure knows about the story is grateful to the NYPD for their incredible vigilance and for their amazing, amazing work… That this happened, unfortunately, comes as no great surprise. We’re seeing an increase in anti-Semitism, an increase in attacks, especially in New York and also around the world. That’s why we have to be vigilant,” said Roz Rothstein, co-founder and CEO of StandWithUs, an educational organization fighting antisemitism.

“The system worked, the shield worked, and the community should take heart,” Richman said.

According to police sources, none of the suspects have a history of arrests in New York City and there was no detailed plan with a specific target.

They say he is mentally ill and needs help.

“He’s not a bad person. He’s just really sick, you know, and he needs help,” Brown’s sister, Kayla Brown, said. “The last time I spoke to my brother was last night. He said he was in Pennsylvania, I’m not sure why. And then he said the FBI called him. He wasn’t really sure why. He was confused and then silence on the radio since.”

She tells CBS2 that her brother has never said anything negative against religious groups that she is aware of.

“My brother is very ill and has no medication. You know, when we were kids we dealt with a lot. He never dealt with it,” Kayla Brown said.

According to authorities, he was carrying weapons, a swastika armband and a ski mask when he was arrested. It’s unclear why.

We were told that Brown is schizophrenic. His family hopes he gets the mental help he needs.

“I really want to try and talk to him and tell him, ‘Listen, you need to get help. It’s gone too far. You need help said Braun.

Police inform us that there are no known threats to religious groups or institutions in our area. Despite this, they will conduct additional patrols.

Jenna DeAngelis is an Emmy-winning journalist. She joined CBS2 News in March 2018 as a general duties reporter.