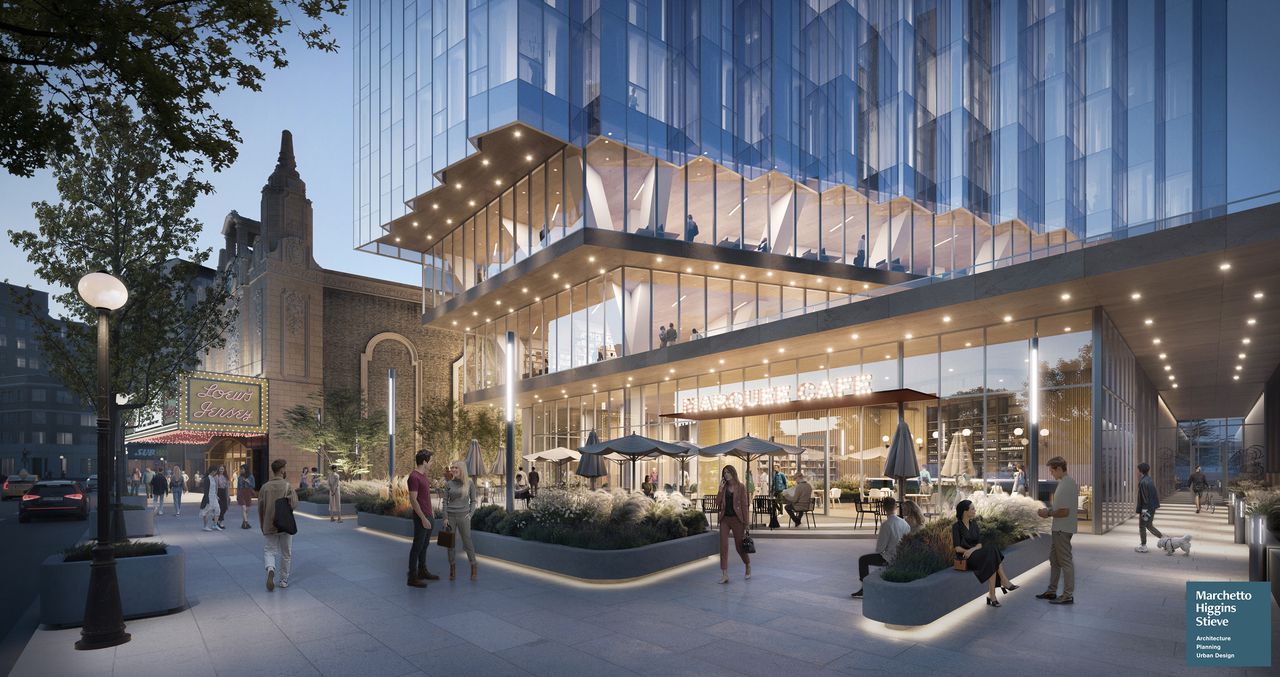 A gleaming high-rise to replace the CH Martin store in Journal Square has grown since its inception and would now include more than three dozen affordable housing units after none were originally proposed, the developer says in filings presented to Jersey City became planning board.

Ever since details surfaced about the project Another major project was announced in February that would adjoin the Loew’s Theater and signaled a massive redevelopment of the west side of Kennedy Boulevard across from PATH Plaza. Upon completion, Loew’s is expected to reach $110 million Venue surrounded by mixed-use skyscrapers, new public squares and hundreds from new residents.

The project at the CH Martin site at 80 Journal Square is now proposed as a 28-story instead of 26-story building with 400 residential units instead of 368. It now also includes 10% affordable housing, or 40 of the 400 proposed units.

Only the highest-earning residents who qualify for affordable housing in Jersey City would be eligible for these apartments. The units would be for individuals or families who generate 80% to 120% of the area’s median income. the highest income bracket of the four designated by state standards.

The application is scheduled to be reviewed by the planning committee on November 29.

BH3 Management with offices in Manhattan, Florida and Colorado, is developing the project with Hope Street Capital, while Hoboken-based Marchetto Higgins Stieve Architects designed it.

While this tower would delimit Löw’s to the north, towers approved by the Planning Committee in October enclose the theater from the rear where a parking garage currently resides. These two towers would dwarf the one replacing CH Martin, with one standing 55 stories and the other 49.

They would contribute 1,189 new residential units to a project that is a collaboration between KRE, a Kushner family real estate company, and Silverstein Properties.

BH3’s proposed building would have retail stores on the ground floor overlooking Kennedy Boulevard and office space on the second and third floors. Among other things, a passage is planned between the new building and the Löw-Theater, a space between the theater and the department store that does not currently exist.

While the lower three floors are surrounded by clear windows, the rest of the building is made of blue/grey glass and aluminum with a design inspired by the texture of the Loew’s Theater curtains.

“This architectural element of this jagged, curtain-like building design is an asset to the overall design and complements the adjacent historic theater while allowing additional light into the space,” the applicant said in its “Key Points Statement” on the planning panel.

Since the lower three floors are further set back from the street than the living space above, the pavement is widened, Creation of a pedestrian square with benches, planters and movable furniture according to the architectural plans.