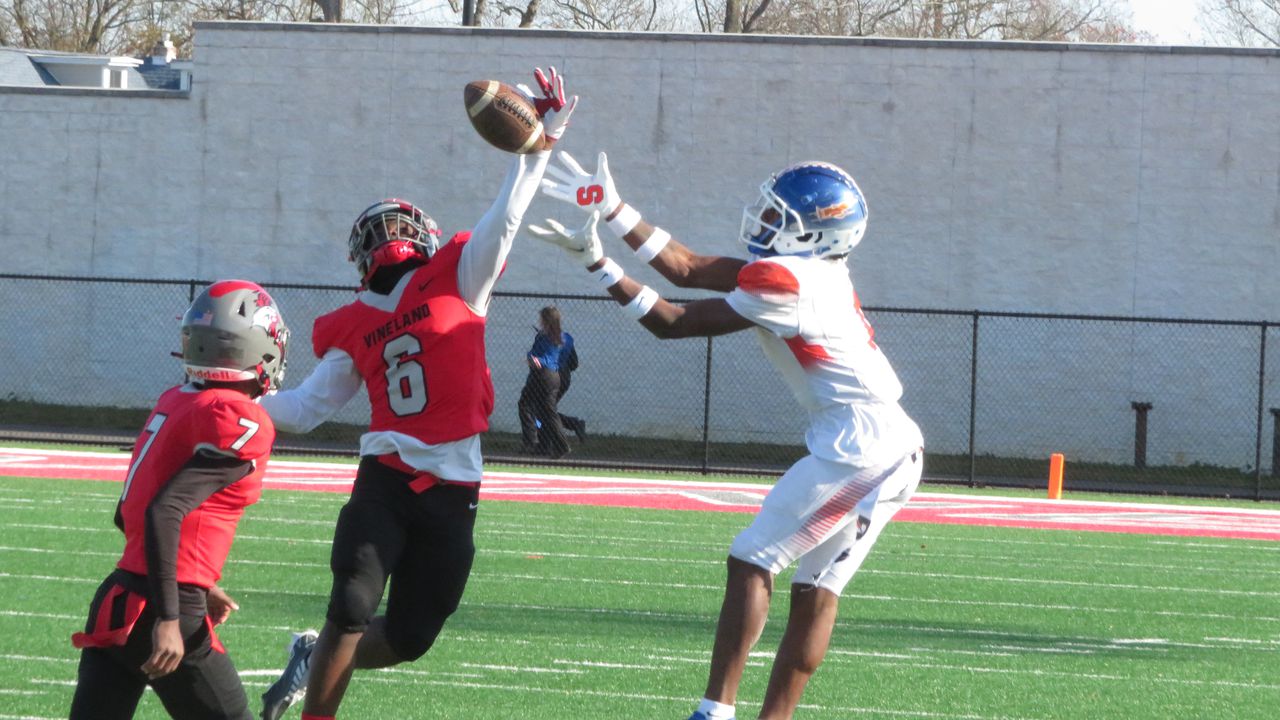 The start was both slow and expected for Millville. The Thunderbolts had just played the South Group 4 State semifinals on Sunday and had to turn around to meet Vineland in New Jersey’s longest Thanksgiving rivalry.

Down by up to nine points in the second quarter and 16-14 at halftime, Millville lived up to their reputation as a team in the second half with a 35-16 win at Vineland in their 151st game.

The teams first met in 1893 in the state’s longest running rivalry. Early in the rivalry, teams often played two and sometimes three times per season. Vineland leads the series 67-65-19.

Millville (11-2), No. 15 in the NJ.com Top 20, will now gear up for his Group 4 state championship on Dec. 3 in Rutgers against Northern Highlands.

Vineland, who are bringing back most of their team next season, finished 3-9.

“I’m not trying to apologize but the facts are the facts, we’ve only had a few days to prepare,” said Bert Ayala, Millville’s first-year coach. “Coming here I expected what was going to happen (early in the game) but I hoped we wouldn’t give up points.”

Vineland, who went 6-0 in the first quarter after a 2-yard run by quarterback Daniel Russo, son of coach Dan Russo, made it 9-0 in the second quarter through Collin Graiff’s 35-yard field goal .

Millville’s Bricere Hunter then scored the first of his two touchdowns from four yards, but Vineland made it 16-7 on James Hitchen’s 79-yard kickoff return.

The Thunderbolts reduced it to 16-14 by halftime on a 10-yard scoring pass from Jacob Zamot to Lotzeir Brooks.

Considered one of the better sophomores in the country, Brooks had to jump high in the end zone to make the grab.

“We took them lightly, but we knew on their last play that they were going to make it, so in the second half we knew what we had to do,” said Brooks, who had four receptions for 43 yards – all in the first half.

The second half was all about Millville as Zamot hit Thomas Smith III with a 21-yard scoring pass, Hunter hit from a yard and Brooks, lining up in the wildcat, hit with a five-yard run .

Additionally, Brooks has 1,954 career receiving yards and needs 46 to become the first sophomore in state history with 2,000 yards.

Jayden Raynis got all five conversion kicks for Millville.

“Millville is a really good team and that’s why they’re playing for a state championship. Our kids came prepared and did their best and I’m proud of them,” said Vineland coach Dan Russo.

With so many Thanksgiving games being canceled due to the state playoffs, it looks like this streak will continue for as long as the NJSIAA allows.

“This game is very important to both communities and has been for years, well over a century,” said Don Robbins, Vineland’s athletic director, who said there was no talk of stopping that game.

Millville’s Ayala added: “You’re not guaranteed to go to a state championship every year so it’s valuable to have. … For the fans, the city, the alumni, to still have that moment and experience that game, I get that value. Now, if you’re in a state championship game, you might want to think differently. I’m not the type to say get rid of it, but when it happens, it happens.”

The NJ High School Sports Newsletter now hits inboxes 5 days a week. Sign up now and be among the first to get all the boys and girls sports that matter to you, straight to your inbox every weekday. To add your name, click here.