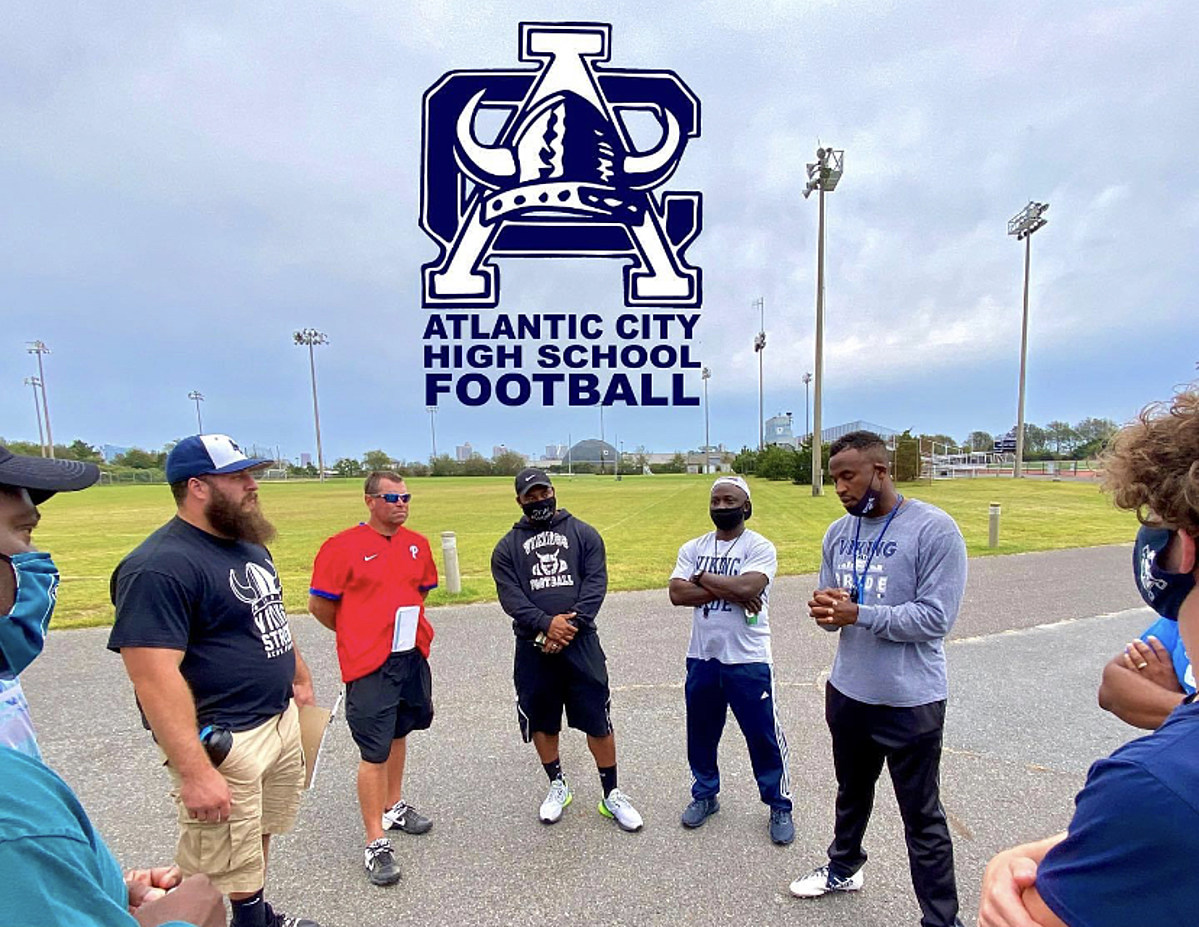 First the good news. Followed by the bad news.

Wright inherited a former state championship level program that had declined to a 2-18 record in the two seasons before Wright took over the program.

We’ve never spoken to or met Wright, but we’ve heard extraordinary things about his general work habits and the great connection he’s forged with his players over the past two seasons.

Wright completely turned the program around, leading the Vikings to a 7-2 record this 2022 season, including a razor-thin 21-20 NJSIAA playoff loss to Lenape on Nov. 4, 2022.

The Vikings made the NJSIAA playoffs for the first time since 2016 this year, winning a first-round game against Rancocas Valley High School.

Atlantic City’s only other loss this entire season was Mainland Regional High School, 55-26 on September 16, 2022.

This season (2022) the Vikings have defeated:

Atlantic City leads this iconic series 50-38-4. It’s one of the longest rivalry games in American history…especially considering it takes place on Thanksgiving Day…which doesn’t happen in many cities and states across the country.

That makes this game extra special every year as it’s the only time many people come home during the Thanksgiving season all year round.

You can catch all Thanksgiving Day action starting at 9:00 am (pregame show) and the entire game live on WPG Talk Radio 95.5

Now for the bad news.

We have been informed that Wright will not be on the sidelines to coach the Vikings on Thanksgiving Day.

Multiple sources have told me that Wright has been suspended and is not allowed to coach the game.

Because this is a personnel matter, we will not share any of the details provided to us other than to say that it does not constitute inappropriate behavior by Wright towards students.

The reason as we know it should not have resulted in a suspension, according to multiple sources.

For example, this is the same public school administration that allowed two students to fight with boxing gloves…off campus…in a “fight club” style atmosphere, with the public watching and videotaping it. No discipline resulted from this outrageous incident.

If you missed our previous coverage of this incident, here it is:

After reading the article above, remember that there was no discipline whatsoever in this horrible example.

Coach Wright’s suspension does not include a fight.

While we knew this was a personal matter and few comments could be made on the subject of Wright’s suspension, we reached out to John Devlin, a member of the Atlantic City Board of Education, for comment.

Devlin has always been transparent when it came to important public matters that others were trying to hide.

Here’s what Devlin shared with us:

“I’ve been hearing rumors and rumors all over town about the suspension of the high school football coach.

It is unfortunate that our principal has not communicated with the board members and has not shown any transparency.

To add insult to injury, the rumourright is that the head coach is suspended for the Thanksgiving Day game.

The whole world knows that this is the most historic game in South Jersey or even New Jersey.

It is sad to see these measures on the eve of game, suggests there’s more to it
Story,” said Devlin.