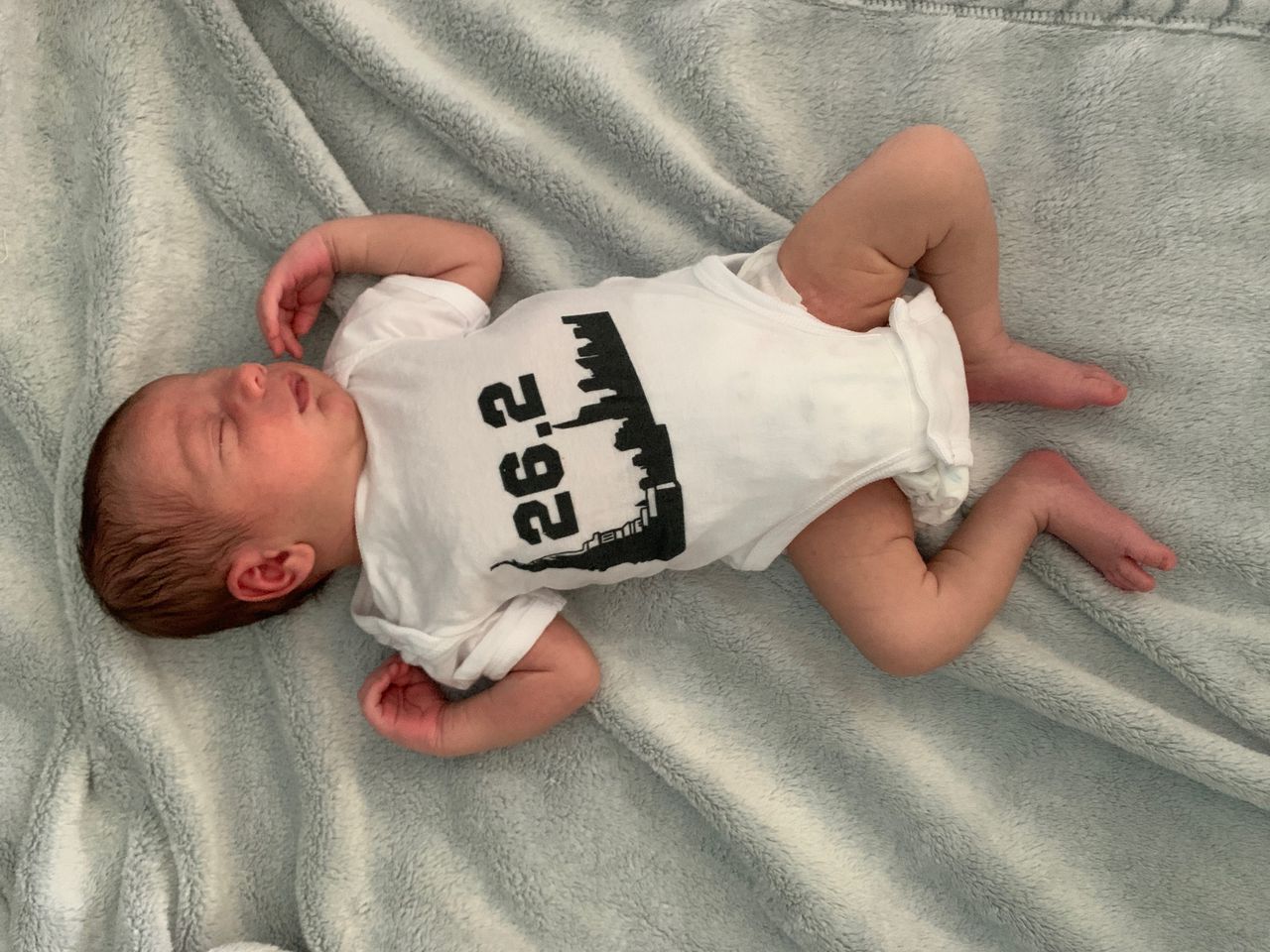 Baby we were born to walk

Amanda Huneke was nine months pregnant on the morning of October 15 when she took to the starting line of the Shore AC 5K cross country race at Holmdel Park. And the Olympic-level runner from Jackson certainly knew what it felt like to pedal.

The runner, formerly known as Amanda Marino, who excelled at Jackson Memorial High School, won back-to-back cross-country championships in Villanova. She then stretched her pace enough to compete in the US Olympic women’s marathon trials in 2012, 2016 and 2020.

Now 32 and married, Huneke ran the entire nine-month marathon that is pregnancy. On this October morning, she raced to the finish in the 5K.

“I was really surprised when I passed people in the second half of the race,” said Huneke. “I accelerated. I could not believe it.”

That final burst of speed carried mother and baby across the finish line in 22:42, good for fourth place in the women’s race. But somehow the clock kept ticking.

“I ran six miles the next day,” Huneke recalled. “I came in after the run and at first I had a stomach ache.”

But it quickly became clear that this was not a stomach ache. Her husband, Jarrett, grabbed the baby bag and headed to Jersey Medical Center in Neptune.

She said the delivery was more of a sprint than a marathon. She was only about 40 minutes into labor when baby Hudson Miles arrived, weighing 6 pounds, 14 ounces.

Huneke said she and the baby are fine. She credits running not only for keeping her in shape, but also for the quick delivery.

Huneke said she felt good the whole time but slowed down and didn’t train hard. “My running form felt the same way,” she said. “I just felt like my body adjusted to the weight. But times were a bit slower.”

Doctors routinely recommend that women stay active during pregnancy. Exercise gets your blood flowing and can help prevent thrombosis, a form of blood clotting in the veins that can be fatal.

“During pregnancy, a mother has between 7.5 and eight liters of blood when she would normally have five,” said Dr. Neeti Misra, Vice Chair of OBGYN at Raritan Bay Medical Center in Old Bridge. “If you don’t exercise, your risk of clotting increases.”

Misra recommends walking or swimming at least 45 minutes a day, plus some light weight training. Aerobic activity poses no inherent danger to the fetus provided the body cools down through sweating, she said.

“As an Olympic-caliber athlete, Amanda is in excellent physical condition,” the doctor said. “Your body is used to it.”

Huneke said she got used to carrying the extra weight and although she competed in 5k races at Asbury Park and Bradley Beach over the summer, she never overdid it.

“I never pushed, never felt like I was pushing too hard,” she said. “The baby was in its own cocoon. My heart rate went up, but his didn’t.”

Huneke had to close it after the birth. Her doctor told her to wait six weeks to give her body time to recover.

Richard Cowen can be reached at [email protected].