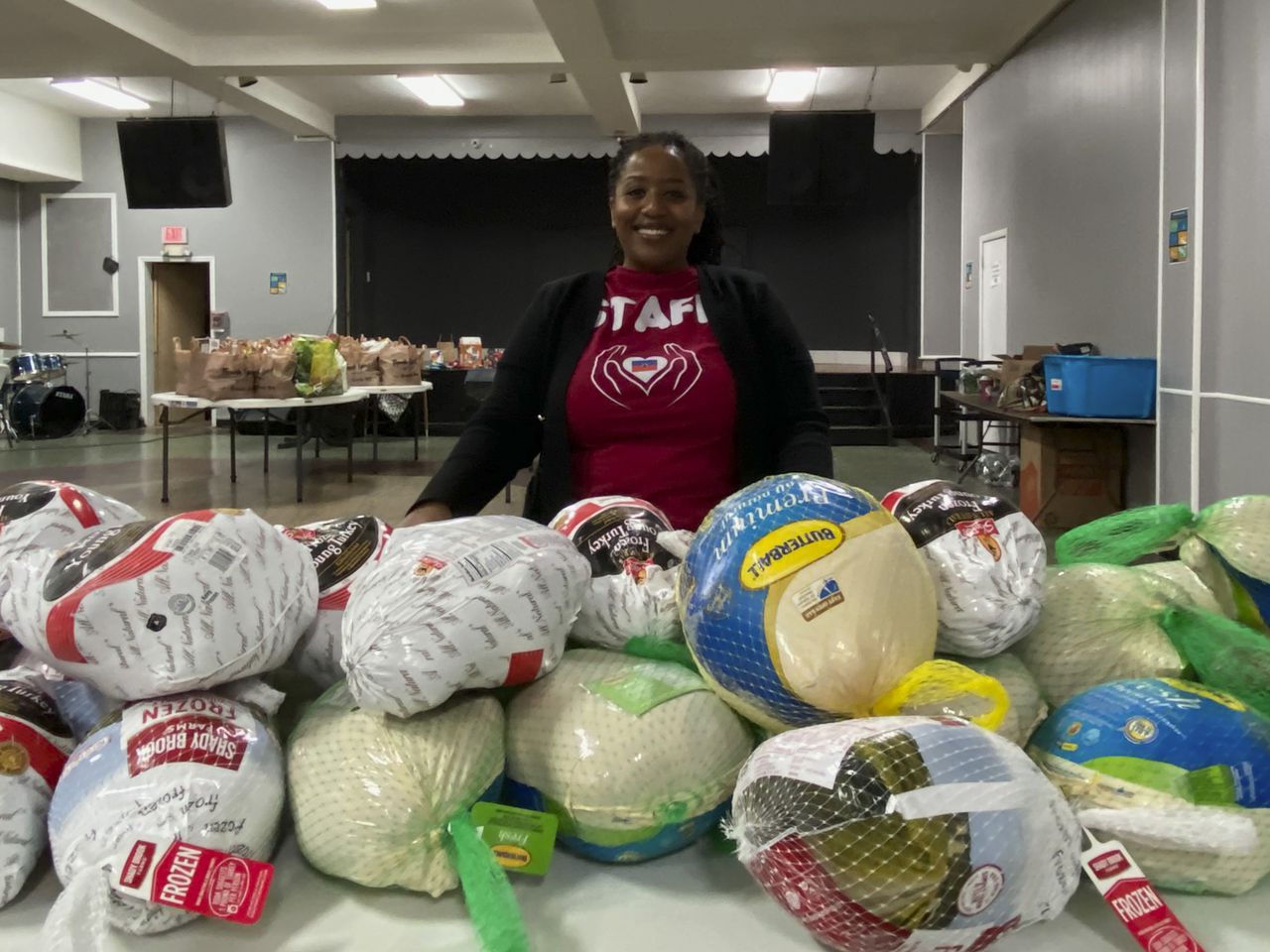 Moved by images of mounted US Customs and Border Protection officers pushing Haitian refugees back into the Rio Grande near the Mexican border last year, Vanessa Jean Louis thought about how she could help her compatriots.

Jean Louis and a community of first-generation Haitian Americans in Irvington joined forces to provide recent Haitian migrants with food so they could cook their first Thanksgiving dinner. Unlike immigrants who are legally here, the migrants are asylum seekers who have not been repatriated to Haiti and do not have legal status in the US. They exist in a true state of limbo.

“Many of these individuals came to the United States with nothing, like my father came many years ago,” said Luis Antilus, who co-sponsored the event and helped distribute food. Antilus, a Haitian-American and Irvington school board member, said his congregation wants to give their Haitian brothers and sisters their first taste of Thanksgiving in America.

They had over 130 grocery bags filled with rice, cereal, beans and cooking oil. They gave away more than 75 turkeys and also had other types of meat products there. They cared for about 130 families and when they ran out of food supplies, those in need were given $50 in cash so they could go shopping. Jean Louis said they could prepare multiple meals from the donations received, depending on the size of their families.

Last October, Jean Luis traveled to Texas to help process incoming asylum seekers. There were no Haitians the day she was there, so instead she helped the Honduran families who showed up. However, Jean Louis knew that if she really wanted to make a difference for her countrymen, one day at the border would not be enough.

Since that trip, she has focused her free time on helping newly arrived migrants in New Jersey with their basic needs: food, clothing, and shelter. She uses her own money and donations from like-minded community members. This year, Jean Louis took a bold step and founded a non-profit organization.

“I founded Children of Haitian Immigrants (COHI),” she said. “The reason I started the nonprofit is because we’ve had an influx of Haitian migrants from places like Central America and South America to the United States. Obviously they lacked resources so I founded COHI to fill the gaps.”

Jean Louis’ organization provides clothing, helps parents with translating forms and helps register children for school. They have run community baby showers for pregnant migrant women and a backpacking trip in partnership with the International Rescue Committee and other organizations such as Baby2Baby.

Many of the migrants came here because of the current insecurity in Haiti. People flee the country. Gangs have taken over ports and neighborhoods to survive, but sometimes their tactics work against them. The country is in the midst of a cholera outbreak and children are dying.

About 40,850 Haitian Americans live in New Jersey according to the US Census, with most living in or near East Orange, Irvington and Paterson, and COHI is doing what it can to help in their community. Jean Louis says they will host a legal clinic for the migrants early next year so they can get help applying for asylum. The aim of the migrants is to be here legally.

“They walk many, many miles to come here for a better life,” said Antilus. “These are our brothers and sisters, we cannot leave them without nothing. Our job is to give them resources and make sure they succeed.”

Jean Louis was visibly tired at the end of the event. She said she just returned from a work trip to Chicago and had little sleep, but said she needs no credit for organizing these events. She is grateful that she can do this work with the support of her community.

Ande Richards wants to hear from New Jersey’s communities of color, people with disabilities, the LGBTQ+ communities, and those who feel underserved by traditional media. She can be reached at [email protected]. Follow her on Twitter @anderichards.