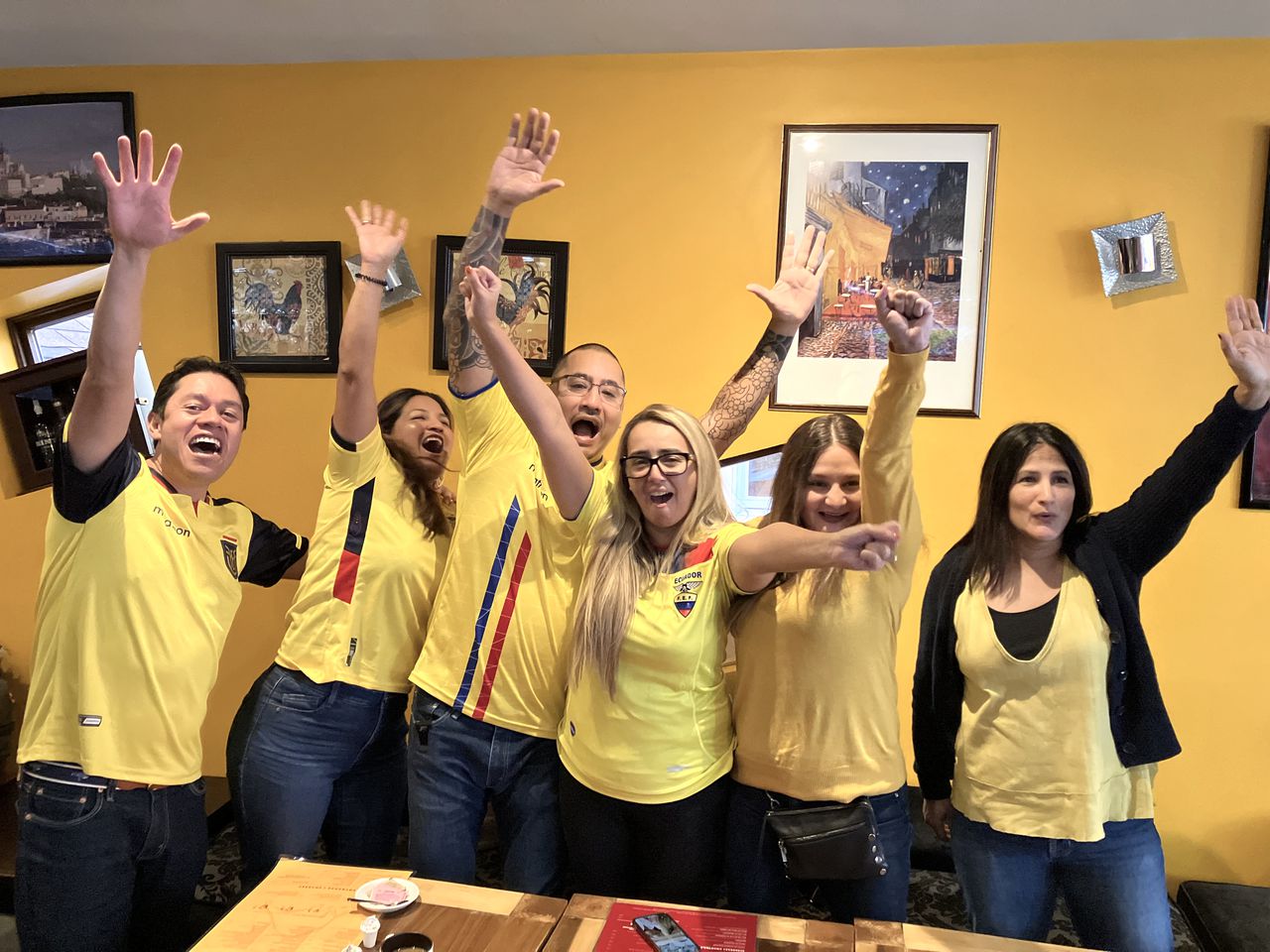 Ecuador and Qatar are on two different continents, but the two countries celebrated together at the Barca City Café & Bar in New Brunswick.

Fans from Ecuador and Qatar came to the sports bar to support their teams in the opening game of the World Cup. Ecuador should win and they did, with two spectacular goals from top scorer Enner Valencia.

The game started at 11 a.m. local time and an hour earlier fans had already claimed their seats in the sports bar. Owner Gus Sleiman is a big football fan himself.

“I named this bar after my favorite football team, Barcelona,” Sleiman said. “Fans have come from all over town and from the far corners of Jersey to see good football and today is the biggest. We will be full.”

And the bar was crowded with hordes of fans, eager to watch as Ecuador quickly overcame the host country. Ecuador scored in the opening minutes and a group of fans went berserk. But a few seconds later the goal was ruled offside.

Daniel Jones and his Ecuadorian wife Dayana Jimenei remained hopeful. “Even though that goal didn’t count, I have high hopes that we’ll win,” said Jimenei.

A few minutes later, Ecuadorian Enner Valencia was brought down by Qatar goalkeeper Saad Al Sheeb and the penalty resulted in Ecuador’s first goal – and the Ecuadorian fans at Barca went wild.

“After all, they can’t take this one away,” said Dayana Jimenei. Jimenei and her husband Daniel Jones hugged tightly.

“YES!! I have to root for Ecuador, of course,” Jones said, giggling and winking at his wife. “But I really love the team and their spirit.”

At a table further away from Barca, a group of students from Qatar were not very happy. Dima Ismail is a graduate student at the New Jersey Institute of Technology pursuing her master’s degree in civil engineering.

“Even though we’re the underdogs, I think Qatar can win today,” Ismail said, then laughed with her friends around her. “We have to show a lot of positive energy here today to win. Come on boys?”

But Enner Valencia managed to score again while Ismail watched and she covered her mouth and gasped. The group of five young Qatar fans watched in shock as reality determined who had met the superior team.

The table next to Ismail and her friends was filled with Ecuadorian fans and they were celebrating at half-time.

Tania DeAngelo sat with some of her friends, all dressed in the yellow of the Ecuadorian team. “We’re just playing great today,” DeAngelo said. “They pass with precision and control possession, which should lead to a good win.”

The second half was predictable. The hosts, Qatar, looked lost and struggled to keep up with Ecuador, a much more experienced team.

Qatar almost scored in the second half when Almoez Ali took an Al Haydos cross but his header went too far. Substitute Mohammed Muntari kept the pressure on in the last few minutes and almost scored, but the ball went over the bar.

As Ecuador, the third youngest team behind Ghana and the USA, comfortably headed for an easy win, DeAngelo and her Ecuadorian friends continued their celebration with loud cheers and high jumps.

DeAngelo hugged her friends and screamed. “I knew we were going to win today,” she said. “I just knew, but now it’s sweet that we knew. I hope we continue to play like we did today.”

The Qatari students were more reserved. “I had a feeling that Ecuador would win,” said Ranna Ismail. “I was hoping we would make it, but they are a much better team.”

And on Monday at 14:00, USA and Wales meet in USA’s first game of this World Cup.

who are you cheering for