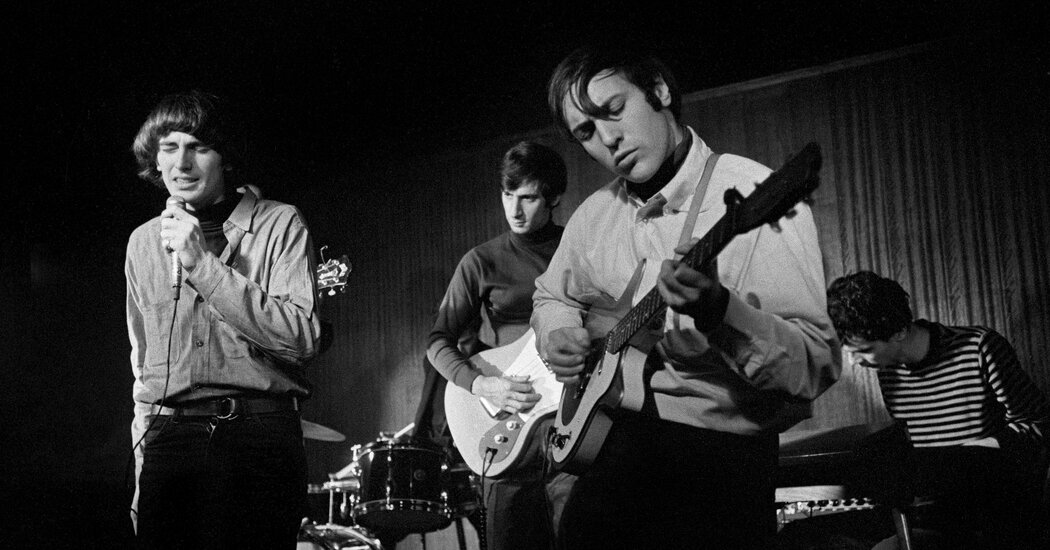 Danny Kalb, a guitarist whose 1960s band The Blues Project brought New York’s drive and experimentation to blues rock, died Saturday at a nursing home in Brooklyn, where he resides. He was 80.

His death was confirmed by his brother Jonathan, his sole immediate survivor. Mr Kalb was diagnosed with cancer about three years ago and stopped eating about a week ago, Jonathan said.

The Blues Project was anything but puristic. Along with blues standards, it jammed through Chuck Berry songs, folk club favourites, and band member material that touched on pop, folk-rock, soul, and jazz.

“We’re not reviving the blues,” Herr Kalb said in 1966. “We want to interpret what’s happening today.”

In the early days of underground FM radio and psychedelia, The Blues Project didn’t have pop hits, but they worked their way from New York clubs to nationwide tours. Herr Kalb sang lead vocals on the blues songs, and his wiry, sharp lead guitar lines lent a frantic intensity to the band’s arrangements. The Blues Project’s eclecticism and energy made it a jam band before the scene emerged.

Lenny Kaye, the record producer, included the Blues Project single “No Time Like the Right Time” on “Nuggets”, his influential 1972 collection of 1960s garage rock. “Danny Kalb was one of my first guitar heroes, his nimble fingers bridging acoustic folk while morphing into electricity,” Mr. Kaye wrote in an email. “The piercing clarity of his tone and the deluge of notes pouring out of him changed the way I listened to music.”

The original blues project splintered in 1967, although as late as 2012 Mr. Kalb joined in sporadic regroupings. But most of his music after the 1960s came from solo projects, collaborations and club gigs.

Daniel Ira Kalb was born in Brooklyn on September 9, 1942 and grew up in Mount Vernon, New York. His father Fred was a lawyer; his mother, Gertrude, was a housewife. He began playing guitar at age 13 and attended the University of Wisconsin, where he performed in coffeehouses. He was a student there when he met Bob Dylan, an itinerant folk singer passing through.

“Dylan crashed with me for a couple of weeks in Madison on his way to New York from Hibbing, Minnesota,” Mr. Kalb told AM New York in 2013. “We were having so much fun that I got out and followed him.”

Mr. Kalb immersed himself in the Greenwich Village folk scene. After hearing Dave Van Ronk on the radio, he sought out his teacher and mentor in Washington Square. In 1961, Mr. Kalb performed with Mr. Dylan at a folk concert at Riverside Church. His first recordings were folk revival projects.

Mr. Kalb played in the studio with Dave Van Ronk, Pete Seeger, Judy Collins, Jimmy Witherspoon and others during the 1960s and accompanied Phil Ochs on his 1964 debut album All the News That’s Fit to Sing. He was one of eight Greenwich Village -Regulars – among the others were Mr. Van Ronk, Geoff Muldaur and Eric Von Schmidt – collected in a 1964 Elektra Records anthology “The Blues Project: A Compendium of the Very Best on the Urban Blues Scene”. ”

A mesmerizing performance by John Lee Hooker at the 1964 Newport Folk Festival convinced Mr. Kalb that he should focus on electric guitar and delve into the blues. “I knew that in my reaction to this great musician, the blues had suddenly patted me on the back,” he recalled in a 2009 interview.

He formed the Danny Kalb Quartet with Artie Traum on rhythm guitar, Andy Kulberg on bass and Roy Blumenfeld on drums. This group became the Blues Project after Steve Katz replaced Traum and Tommy Flanders was added as lead singer. Keyboardist Al Kooper joined the band after playing a demo session with them.

In March 1966, The Blues Project released their debut album, Live at the Cafe Au Go Go, which was recorded in 1965. Mr. Flanders left the band before the album’s release; Other members took over lead vocals.

The Blues Project toured North America from 1966 to 1967. In April 1966, the group headlined the opening night of the Avalon Ballroom in San Francisco. In 1967, it had a grueling nine-day engagement at the RKO 58th Street Theater in a package show put together by disc jockey Murray the K, playing a three-song set each day for multiple shows, on a bill that included Cream’s first United States performances and the Who.

Tensions within the band grew, and a few weeks after their performance at the Monterey International Pop Festival in June 1967, they broke up. Mr. Kooper and Mr. Katz formed Blood, Sweat and Tears, while Mr. Kulberg and Mr. Blumenfeld made an album, Planned Obsolescence, as a Blues Project before renaming their band Seatrain.

Mr Kalb fought. Although the Blues Project’s music has often been described as psychedelic, it wasn’t until 1967 that he tried LSD. A dose he received directly from chemist Owsley Stanley gave him a trip, he recalled in 2018, that was “catastrophic.” It led to a nervous breakdown and hospitalization. He reappeared on the low-key 1969 album Crosscurrents, leading a studio band with guitarist Stefan Grossman, who wrote and sang most of the songs.

In 1973 the “Projections” line-up toured and recorded a concert which was released as the live album “Reunion in Central Park”. The band had other short-lived reunions throughout the 1980s and 1990s. In 2012 Mr. Kalb, Mr. Katz and Mr. Blumenfeld toured as the Blues Project with other musicians. Mr. Kulberg had died in 2002; Mr. Kalb’s brother took over the bass.

Over the years, Mr. Kalb taught guitar and continued to perform at clubs, primarily in Brooklyn and the Northeast. He has performed solo and led trios on acoustic and electric guitar; He collaborated with Mr. Grossman and Mr. Katz on tour and on the 2007 album Played a Little Fiddle. In the 2000s he recorded for Sojourn Records with a repertoire that included blues, country, ragtime, jazz standards, gospel and even a Christmas carol.

Mr. Kalb was a lifelong devotee of the blues. In 1966, The Blues Project shared a bill with Muddy Waters at Cafe Au Go Go and performed their extended version of his song “Two Trains Running”. Mr. Kalb caught up with Waters before he left the club, he recalled 50 years later on the Ultimate Classic Rock website. “He said to me, ‘You really got to me.’ If I had died then, it would have been enough.”