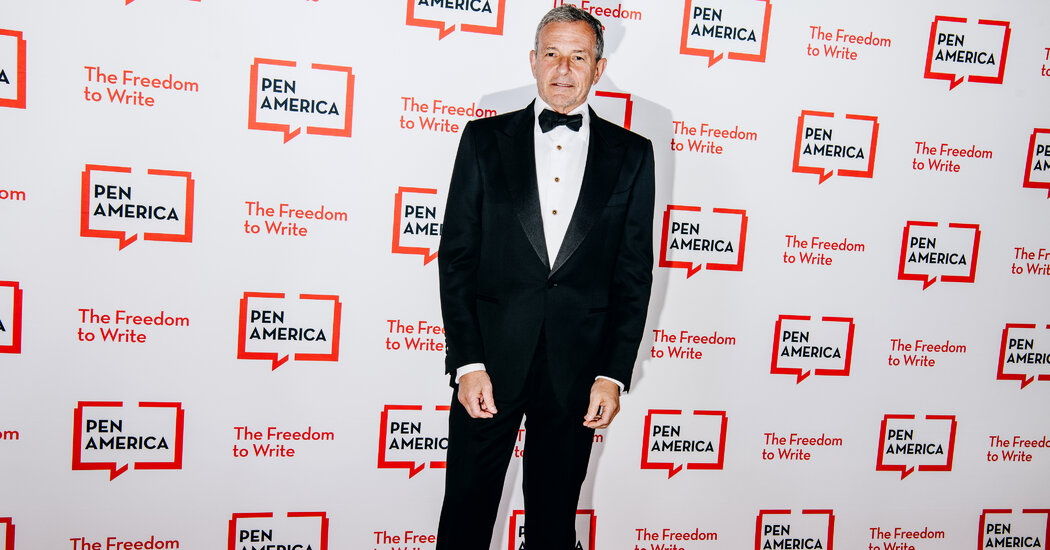 The board of directors of The Walt Disney Company ousted Bob Chapek as chief executive on Sunday after concluding that various missteps had irreparably damaged his leadership ability and abruptly announced that Robert A. Iger would leave the company, effective immediately, for two years would lead again .

“We thank Bob Chapek for his service,” said Susan Arnold, the company’s chief executive officer, in a statement. “The board has concluded that as Disney embarks on an increasingly complex phase of industry transformation, Bob Iger is in a unique position to lead the company through this pivotal phase.” Meeting in person in New York in December.

She added that Mr. Iger has “the deep respect” of Disney’s senior leadership team.

Mr Iger, 71, said in a statement he was “extremely optimistic about the future of this great company and thrilled to be asked by the board to return as CEO”. Mr. Iger led Disney from 2005 to 2020 as Chief Executive. At that point, he handed over day-to-day management of the company to Mr. Chapek, his hand-picked successor, while remaining Executive Chairman. Mr. Iger left the company completely in January.

The surprise reinstatement of Mr. Iger and the downfall of Mr. Chapek comes after a disastrous earnings announcement on November 8th. Disney stunned Wall Street by reporting $1.5 billion in losses at its fledgling streaming division, up from $630 million a year earlier. Mr Chapek said higher Disney+ production, marketing and technology costs contributed to the “peak losses”.

Disney shares fell 12 percent the next morning, in part because investors — and many people inside Disney — were shocked by the cheerful tone Mr. Chapek struck as he discussed the earnings report on a conference call with analysts. Mr. Chapek’s behavior struck many as deaf.

Immediately, CNBC host Jim Cramer began calling for Mr. Chapek to be fired during his show’s commentary. On Friday, Mr. Cramer said that Mr. Chapek “is unable to run a fantastic company” and “we need someone new to Disney.”

Mr Cramer added: “This tally is the tally of hell.”

Mr. Chapek, 62, was appointed CEO in February 2020, succeeding the hugely popular Mr. Iger. The handover did not go smoothly. The coronavirus pandemic forced Mr. Chapek to close most of the company. This year, Mr. Chapek has battled crisis after crisis, some of his own making.

In March, Disney got into a heated argument with Florida Republican Ron DeSantis over legislation banning discussions of sexual orientation and gender identity in the classroom through third grade. Mr. Chapek initially tried not to take sides, at least publicly, which led to a revolt by employees. Mr Chapek then denounced the bill, sparking a political firestorm with right-wing figures railing against “Wake Disney”.

In June, Mr. Chapek abruptly fired Disney’s top television executive, prompting howls of disapproval from Hollywood. In August, activist investor Dan Loeb urged Mr Chapek to consider a series of changes, including a board reshuffle and a spin-off from ESPN. (Mr. Loeb later went back on a spin-off, say on twitter that he learned more about Disney’s “growth and innovation plans” for ESPN.)

Meanwhile, some of Disney’s theme parks’ most dedicated customers are increasingly outraged by price hikes, which they see as nickel and dim. Last month, Disney told investors that theme park profits would have been even higher had it not been for an “unfavorable visitor mix” at Disneyland, which annual pass holders found an affront. T-shirts, mugs and stickers began selling online with the word “Unfavorables” in Disneyland’s signature calligraphy.