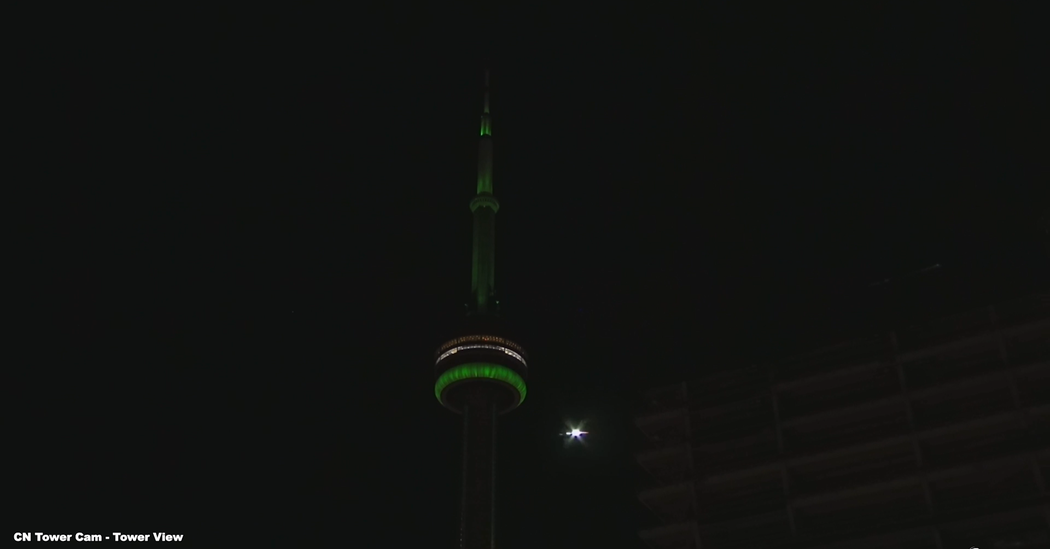 A fireball that rose over Ontario, Canada early Saturday became the sixth object to be spotted in space before striking Earth. This was announced by the European Space Agency.

In the early hours of Saturday morning, word spread throughout the professional and amateur astronomical community that a meteor was on the way and observers should keep their telescopes and cameras trained on the sky.

The Minor Planet Center, which tracks objects in the solar system, said the meteor entered Earth’s atmosphere at about 3:27 a.m. Eastern Standard Time over Brantford, Ontario.

Mike Hankey, the American Meteor Society’s operations manager, was in Maine setting up cameras to monitor the sky when he received a call about the meteor from someone in Germany around 4 a.m.

He said news of the meteor began circulating about three hours earlier.

“When these things happen, the astronomy community wants to know where the impact occurred, and if any meteorites survived, they want to recover them as soon as possible,” Mr. Hankey said.

A fireball is a meteor that’s generally brighter than the planet Venus in morning or evening skies, according to the American Meteor Society, which as of Saturday afternoon had received 33 reports of a fireball from people in Maryland, New York, Ohio, Pennsylvania and Ontario .

Some people in and near Hamilton, Ontario, said on social media that they heard a loud bang. Astronomers were able to use these reports, as well as radar readings, to determine where the meteorites likely struck Earth.

“If meteorites survived, there’s a chance they could be recovered near Grimsby, Ontario, or St. Catharines, Ontario near Niagara Falls,” Hankey said.

According to the European Space Agency, an estimated 40 to 100 tons of space material hits Earth every day, and most of it is very small particles.

Mr Hankey said astronomers did not know the size of the meteor on Saturday. A meteorite is what a meteoroid, a small asteroid or a comet, becomes when it enters the Earth’s atmosphere. A meteoroid that survives its fiery descent and hits the ground is called a meteorite.

Global efforts to identify large asteroids, which can be several kilometers in diameter, and spot them before impact have increased in recent years, according to the European Space Agency.

Since 2008, five more objects have been spotted in space before hitting Earth, the result of improved observation technologies and greater global collaboration, the agency said.

The ability to spot these space objects before they hit Earth gives authorities the power to warn people to stay away from windows when a moderate-sized meteor is expected to fly by and explode, which could shatter windows, or asteroid Deploying distraction missions will prevent larger ones from striking.