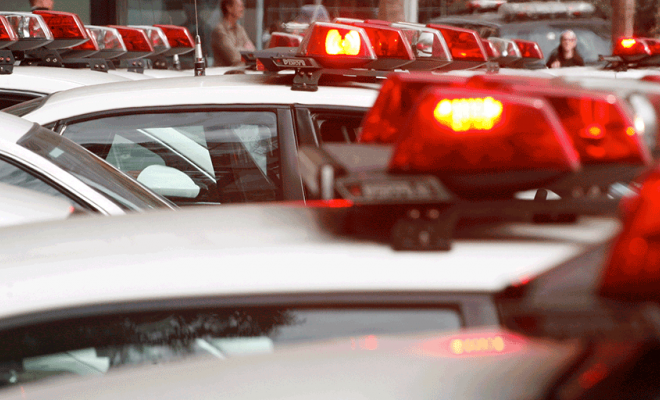 Your browser does not support iframes

State police, who work with NYPD and monitor online hate, will reach out to potential targets

Governor Kathy Hochul announced today that the New York State Police are stepping up surveillance and protection of communities at risk of hate crimes following a thwarted attack on Jewish communities in New York City and a mass shooting at an LGBTQ nightclub in Colorado. This effort builds on Governor Hochul’s record increase in funding to protect hate crime targets and counter extremism domestically.


“I have directed the New York State Police to increase surveillance and support for communities who are potential targets of hate crimes,” he said. said Governor Hochul. “Here in New York, we will not tolerate violence or bigotry against any community. We stand united against hate – today and every day.”


said Acting Superintendent of the New York State Police Steven A. Nigrelli“The state police will work in close coordination with our state, local and federal partners to protect all of our communities from violence. We appreciate Governor Hochul’s resources and support to help us fulfill this mission.”


At the direction of Gov. Hochul, the New York State Police is increasing surveillance of communities that are potential targets of hate crimes. State police are in contact with the NYPD and continue to monitor social media for hateful threats that could hit New Yorkers. The State Police Counter Terrorism Intelligence Unit conducts outreach to LGBTQ communities throughout New York, as well as to synagogues and other Jewish community spaces across the state.


Yesterday, MTA police, state police, the NYPD and the FBI’s Joint Terrorism Task Force worked together to arrest two gunmen at Pennsylvania Station in Manhattan accused of traveling to New York City to incite violence against the practice the Jewish community. Contributing to these arrests were increased funds provided by Governor Hochul to the state police and the New York State Intelligence Center.


After the shooting of white supremacists in Buffalo, Gov. Hochul expanded state resources to counter hateful extremism and violence. Governor Hochul issued an executive order directing the New York State Police to establish a special unit within the New York State Intelligence Center (NYSIC) to prosecute domestic extremism and increase surveillance of social media at the Intelligence Center. She also worked with the Legislature to triple the state’s information resources on gun violence by staffing NYSIC with a team of analysts capable of investigating gun crimes across the state. Gov. Hochul also signed law into law, which went into effect last month, increasing compensation for victims and survivors whose essential personal property was lost or damaged as a result of hate crimes and other crimes to $2,500 – five times the previous limit.


Earlier this month, Gov. Hochul announced a $96 million investment to strengthen security measures at nonprofit, community-based organizations at risk of hate crime or attack because of their ideology, belief, or mission. Governor Hochul also announced $10 million to support the creation of district threat assessment and management teams across New York State.

New York State does not represent or endorse the destinations listed, guarantee the accuracy of any information contained in such destinations, or endorse any opinion expressed therein. External websites are operated under the direction of their respective owners, who should be contacted directly if you have any questions about the content of those websites.