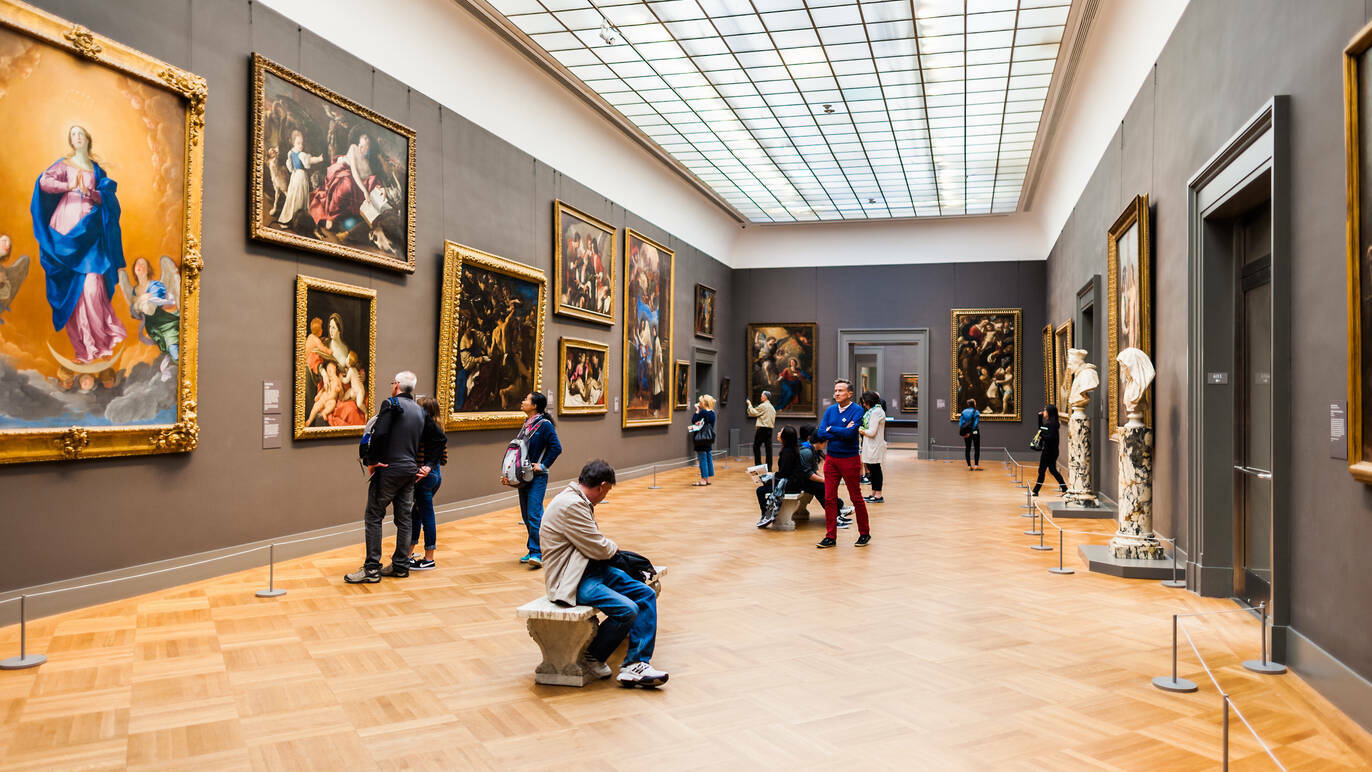 Is it the job of museums to shed light on the societal changes shaping the world outside their own spaces, or to help hint at those changes? Do cultural institutions have to reflect these developments – change in form and function as society itself is doing?

The last few years have been particularly interesting when it comes to answering these questions. Of course, societal changes have always defined life as we know it — but the arrival of social media and the intense scrutiny sociopolitical movements have experienced in recent years adds a layer of complexity to the discussion.

Take, for example, the George Floyd protests that began in Minneapolis in May 2020 but quickly spread across the country. Two and a half years later, with a little hindsight, do we expect our museums to simply tell us about the riots, or do we demand that they focus on the various issues that over the years have allowed the protests to even out what is happening ? Do we want to devote entire wings to the study of black history or, even more extreme, are we looking for the next tumult where demonstrations of this kind can now take place? What is the role of a museum – perhaps the simplest traditional type of cultural institution in the world – in a world now saturated with people and organizations that claim to have as much expertise as the research institutions themselves actually have?

In New York, at least, the palette of exhibits that institutes across the state have taken on makes one thing clear: museums are here to engage in the discussion of societal change, and even to advance it by offering their own perspectives on the various issues.

“There is an awareness around the world that museums need to pay attention to, especially in the wake of the George Floyd protests and post-COVID-19,” said Whitney Donhauser, curator of the Museum of the City of New York. Because of the nature of museums, we spend a lot of time and research working on projects. I know that rapid responsiveness is often required and it’s difficult to do because of the nature of our work, but it’s been exciting to see this time where museums are more nimble and disrupting the slow process.”

Perhaps the most responsive museum in the city, the Museum of the City of New York, held an exhibit entitled “Insurrection” about a year after Floyd’s assassination. The show explored the history of the Black Lives movement through the lens of recent marches – clearly capitalizing on public interest in the issue while also attempting to further the conversation.

“It’s not just about the murder we just saw,” the show seemed to note. “But about the things that led up to the murder in the first place – and we should pay attention to all of that.”

Slightly slower, but certainly no less important, was the American Museum of Natural History’s tribute to the Pacific Northwest by overhauling its oldest gallery. The Northwest Coast Hall opened to the public in May with contributions from Northwest Coast cultures.

Corresponding Scientific AmericanKaa-xoo-auxch/Garfield George (Head of Raven Beaver House of Angoon/Dei Shu Hit “End of the Trail House” Tlingit) said in 2017 that the information posters displayed in the old hall could do better for the public to explain the artifacts and their meaning.

“It started with us listening. The powerful voices of Northwest Coast cultures are vividly amplified through the new installation of objects presented in the round and with contextual relationships to each other,” said Kulapat Yantrasast of WHY Architects, who worked on the construction of the new destination, said in an official statement at that time. “As an architect, the opportunity to really spend time absorbing and conversing with the different cultures represented in our project has greatly contributed to how we have been able to put out a fresh design, one offering clarity and a sense of place while respecting the depth and responding to the context and diverse stories that the meaningful art objects present.”

It’s taken a little longer than projects directly related to the Black Lives Matter movement, but the American Museum of Natural History is clearly doing its bit by representing more than just a minority that’s been demanding the attention it deserves for years , but indirectly telling New Yorkers that this is a culture worth exploring and talking about how they’ve been treated.

The opening of the new hall has given additional resonance, as a work of art that attracted attention when it was first installed on the first floor of the American Museum of Natural History several years ago. Corresponding The New York Timesthe diorama in question featured one “imagined the 17th-century meeting between Dutch settlers and the Lenape, an indigenous tribe living in New Amsterdam, present-day New York City.” Although intended to show a“diplomatic negotiations between the two groups,” the work was criticized for depicting a cultural hierarchy — rather than some sort of cultural exchange.

Remarkably, rather than covering or dismantling the diorama, the museum actually decided to acknowledge the issue and speak out publicly about it, posting ten labels around the glass that indicated the various issues the art posed.

Some institutions have gone a step further, arguing that exhibitions are not enough and structural changes are absolutely necessary to properly study social movements.

“There’s always this type of movement where people come out and challenge the status quo, take to the streets, speak up,” says Donhauser. “Without those moments, places become complacent. Change is inherently challenging for all New Yorkers, but it is necessary. The idea of ​​being inclusive in a museum isn’t just about the exhibits on the wall, it’s also about the staff, the board, the programs, and the consultants. I think one of the great things about that time is that there was a really solid discussion that opened people’s eyes to what an inclusive environment actually means.”

Unfortunately, some of these more structural changes are harder to achieve. Take the law (A.472C /S.121B) that Governor Kathy Hochul signed into law back in August.

Almost 80 years after the Holocaust, the law officially required all local museums to report which artworks on display were stolen from Jews by the Nazis during World War II, guidelines that also apply to the forced sale of artworks. Given that the Nazis looted nearly 600,000 paintings belonging to Jews, an action that the city itself says “[enriched] the Third Reich and eliminated all traces of Jewish identity and culture,” it is quite shocking that such a law has taken so long to be signed.

Prior to Hochul’s signing, the Metropolitan Museum of Art (Met) launched the Provenance Research Project in 2000, the purpose of which, according to an official press release“The aim is to determine whether works of art from the museum’s collection could have been unlawfully appropriated during the Nazi era and not subsequently returned to their rightful owners.”

Despite the fact that this specific effort predates the new legislation by two decades, and that to date nearly ten works within the institution’s canon have been restituted or settled, some New Yorkers still complain about the Met’s stance on all that and argue with it The attitude of the museum in dealing with illegally acquired art should be even clearer. Oh, some changes come more slowly than others.

One thing is for sure: in New York, at least, museums are putting their money where their mouths are – not just preaching change, actually implementing it.

Given the type of people who typically visit the institutions — people with an “open mind” who are willing to spend some money on an exhibition that explores, say, the works of an emerging Latino artist, or how the advent of the written word has human Shaped by interactions, the fact that museums have become places ripe for conversations about social movements should come as no surprise.

But as is so often the case, there is always more to do. We hope that cultural institutions of all kinds will be willing to explore, analyze and comment on the challenges ahead.