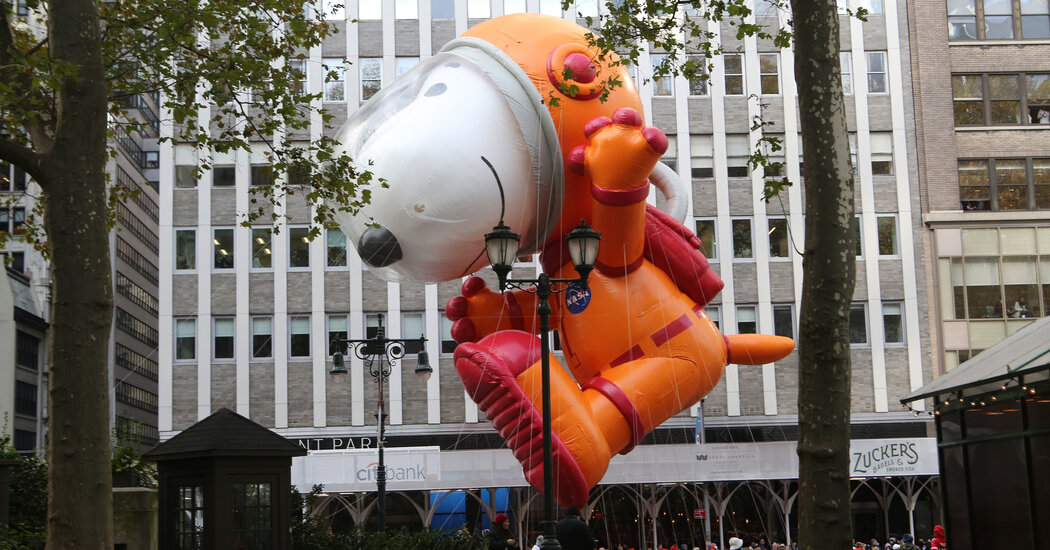 The Macy’s Thanksgiving Day Parade returns to its 96th year Thursday and is expected to draw about three million spectators who will line the streets of Manhattan hoping to catch a glimpse of the giant balloons, marching bands, celebrity performers and, of course, Santa Claus.

Around 6,500 people normally gather to work on the parade, which will follow a 2.5-mile route through New York City, beginning on Manhattan’s Upper West Side and ending at Herald Square. Unlike last year, the Macy’s Thanksgiving Parade will not require vaccinations for parade participants; Instead, artists must take a Covid-19 test 24 hours before their arrival.

Here’s what you need to know about this year’s celebrations.

Who is broadcasting the event?

The parade, which begins at 9 a.m., will be broadcast on NBC, Telemundo and the streaming service Peacock.

The Today show’s Hoda Kotb, Savannah Guthrie and Al Roker will host the parade, which will end at noon. However, it is unclear whether Mr Roker, who was recently hospitalized with a blood clot, according to his Instagram profile, will attend.

Celebrations will begin on West 77th Street and Central Park West, but there will be limited or no public viewing at this location.

Many fans arrive hours early along the route to get seats with an unobstructed view of the performers. The best places to see the parade are Central Park West from West 75th to West 61st Streets and Sixth Avenue from West 59th to West 38th Streets.

A detailed map of the route can be found here.

Who will be at the parade?

The parade performers include Paula Abdul, Jimmy Fallon, The Roots and Gloria Estefan, who will be performing with her daughter and grandson. As a finale, Mariah Carey will sing “All I Want for Christmas Is You” just before the parade ends at Macy’s Store in Herald Square.

The Ballet Hispánico School of Dance will return, and a number of marching bands, including the Bourbon County High School Marching Colonels and the Benedict College Marching Tiger Band of Distinction, will perform.

There will also be 27 giant balloons – a dozen more than last year – as well as seven balloons and 31 floats. Some of the balloons will be as tall as four-story buildings or as wide as six taxi cabs. Grogu, also known as Baby Yoda, will return for his sophomore year, accompanied by his hover stroller.

In celebration of this year’s World Cup, Striker the US Soccer Star is making its debut. As tall as a two-story building and as wide as two cabs, the Balloonicle features a soccer player performing a quick overhead kick.

Bluey, a pup from the hit Australian show, and Stuart the Minion will also make their debut, soaring three to four stories above the crowds. A fan favorite will return, but adorned with a new accessory. Greg Heffley, a character in the popular series Diary of a Wimpy Kid, appearing in its 13th installment, will be crouched next to a piece of moldy cheese.